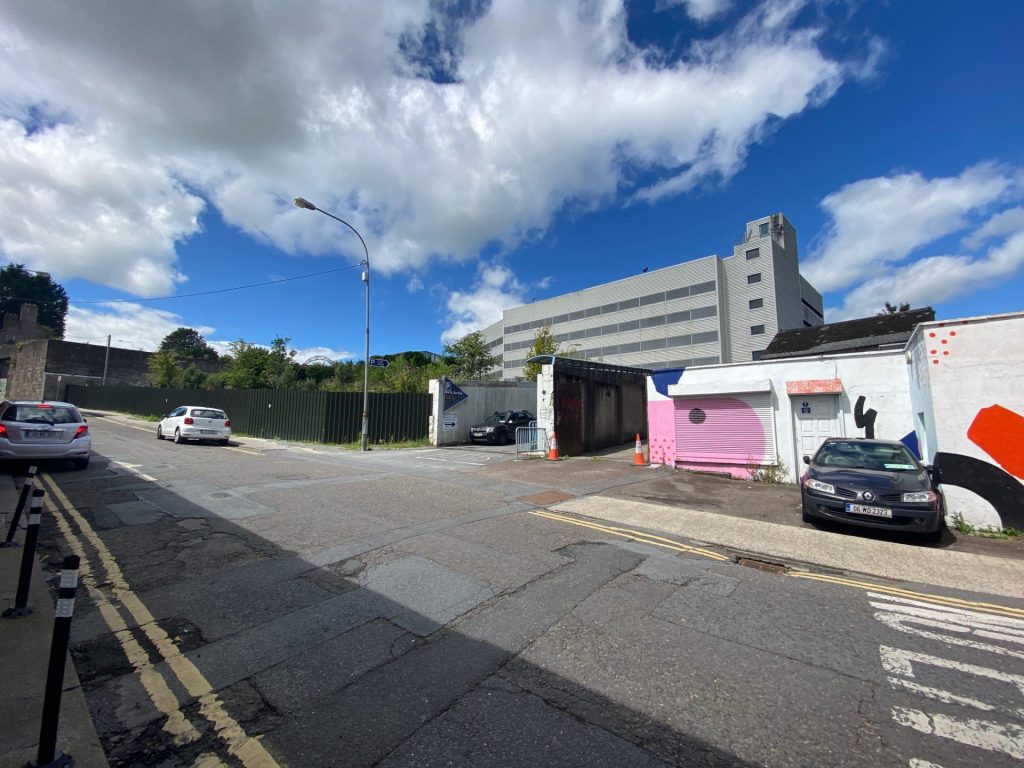 The location for a new look Michael Street/New Street development.

‘A revision from Waterford City & County Council, that includes a city centre hotel, some retail and residential, as well as the existing New Street Car Park, is a sensible move and could result in a faster delivery of cranes to the city centre.’

THE story of the Michael Street Shopping Centre could well be the longest running retail saga in Ireland, having travelled through a recession and a number of different planning journeys.

The original ‘Newgate Centre’, which was to be built by the KRM Construction Partnership, received its first approval from An Bord Pleanala back in 2008. Unfortunately, KRM were a high profile victim of the recession and their plan seemingly disappeared with them. That was until Al Hokair came to town and their investment into the North Quays was cleverly tied up with a pledge to build the shopping centre that KRM couldn’t.

The plan was revived and received approval once again from An Bord Pleanala in 2017 after objections were made by local residents and campaign groups.

As time went on it became clear that the original design, which may have looked good in 2007, was no longer appropriate for 2020, especially with the continued dominance of online shopping. A revision from Waterford City & County Council, that includes a city centre hotel, some retail and residential, as well as the existing New Street Car Park, is a sensible move and could definitely result in a faster delivery of cranes to the city centre.

Dr Eric Sweeney did his adopted Waterford some service. That his death on Tuesday last at the age of 72 has catalysed such warm and fulsome tributes over the past week, both in Waterford and further afield, has proven of no great surprise.

In addition to being an outstanding composer, organist and educator, the Ranelagh native was the supreme gentleman, someone who wore both his talent and intelligence lightly. To put it simply, Eric Sweeney was easy to like.

For 29 years as Head of Music at WIT and in his 27 years as Organist and Director of Music at Christ Church Cathedral, Dr Sweeney made his generous counsel available to all who sought it. He also extolled musicians and composers to plough their own creative furrow, to “leave the labelling and cataloguing to the academics. As John Adams has so delightfully put it, in the future composers should be ‘free to play in the garden of all that’s been before’. A sense of freedom from history, from peer pressure and above all from concern about critical comment should be the aim and duty of every composer”. Amen to that.

Dean Maria Jansson of Christ Church, a dear friend of Eric’s, described him as, primarily, “a family man to the core. He and (wife) Sally were together 50 years, his devotion to her, his children Catherine, Rachel and Manus and joy in his grandchildren (Rhian, Eoin and Lanna) knew no bounds.” One hopes the tributes extended to the Sweeney family shall provide solace during this period of deep loss.

Among the many well-considered memorials offered online in recent days, Michael Coady’s words spoke for all who knew and respected Eric Sweeney: “His contribution to the musical culture of Waterford, Ireland and Europe was immeasurable and abiding. Solas na bhFlaitheas dá anam.”

Time out with Timmy: A humble TV hero