Phoenix: Railways, what are they? 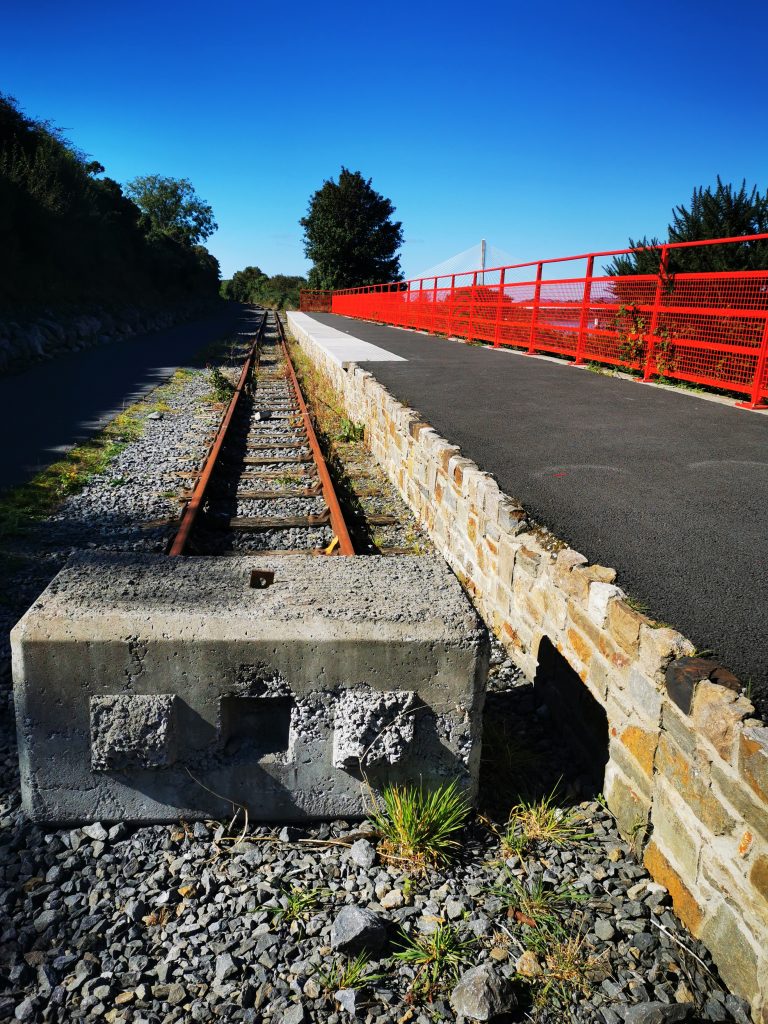 End of the line: the Suir Valley Railway at Bilberry and its adjacent platform.

A CAMPAIGN has commenced for a Greenway along the line of the long gone Waterford to Tramore railway. It’s a lovely idea and could connect the two areas with a safe, well-lit cycle path and walkway. Previous ideas have focussed on lighting the existing road from Waterford to Tramore with a footpath along its entire length. The loss of the railway was a real and unnecessary tragedy brought to us by Fianna Fáil whiz Tod Andrews who, having looked across to the UK to see them grubbing up their railways, decided that we should do the same. The colonial mindset is so alive in Dublin that the permanent government still looks to Manchester and London for inspiration rather than to Copenhagen or Berlin. The proposed Tramore Greenway follows on the success of the Waterford Greenway. Soon we will see the Waterford / New Ross Greenway on the old railway line to that town, while plans are afoot to provide a Greenway along the Waterford/ Rosslare railway.

Like most people, I love the Waterford Greenway, but why do we hold still existing railway infrastructure, which cost a fortune to build, so cheaply? Waterford city as a regional centre had links to every county town in the South East. A small new section of railway from Killinick to Wexford town would allow rail services from there to Waterford along the Rosslare line. None of this has attracted any attention at all and the way things are going, Waterford city, which was one of the busiest freight stations in the country, may end up with only a single line connecting us to Dublin. Commuter traffic could easily have been organised from New Ross, Clonmel, Carrick, Ballyhale, Kilmacow, Mooncoin and Piltown to Waterford. But this needed commitment to Waterford as a regional centre and to supporting the South East as a functional region, two ideas that have been brutally undermined in the past decade by Fine Gael and Labour in government with the complicity of ministers in the region whose only view was backwards.

‘Why are we anxious to give away infrastructure in the South East to Greenways, which are in essence secondary uses?’

Anyone interested in railways can consult the West on Track web site for details of the campaign to reopen closed lines and link various towns in Mayo and Galway. “We are confident in the context of the Atlantic Economic Corridor, of the major contribution the railway can make to regional connectivity, linking Galway city with its natural hinterland in line with the National Planning Framework, as well as opening up the southern ports directly to freight traffic from the west, an essential requirement in the context of Brexit. Linking Westport, Ballina, Castlebar, Claremorris and Tuam by rail to Galway would have an enormous impact. It would also enable direct rail travel to and from Limerick and Cork offering tourists proper access to the west and north-west for the first time.”

A link already operates between Mayo and the Port of Waterford with container and sometimes timber traffic. Why are we anxious to give away infrastructure in the South East to Greenways, which are in essence secondary uses? In Waterford, our ambitions for rail in and around the city are extremely limited. There were plans to bring the small Suir Valley heritage railway into Grattan Quay. This offered an excellent tourism and light rail possibility linking with Carriganore and Mount Congreve, but the failure of government to fund development of WIT, a scandal in itself, has put paid to that vision.

Meanwhile, on Leeside, Jess Casey reports in the Examiner, that specialist engineering teams will be appointed next month to undertake route analysis and develop designs for the proposed light rail line from Ballincollig to Mahon. A major scaling up of cycling investment is also planned over the next five years, according to the National Transport Authority, which has briefed city councillors on plans. The €3.5bn Cork Metropolitan Area Transport Strategy (CMATS) aims to grow Cork’s bus fleet size to 220 vehicles, provide 100km of bus lanes and other priority measures (a ‘seven-fold’ increase) and develop 200km of primary bike lanes. The study also proposes a massive €700m investment in the region’s bus, suburban rail, and bike networks to increase the number of morning peak journeys by sustainable transport modes from 33% to 50% by 2040. Among the most ambitious plans proposed in the strategy is the €1bn Cork light rail system linking Ballincollig to Mahon via a new docklands bridge. CMATS also proposes new commuter rail stations on the Mallow line, and on the Cobh/Midleton line, and upgrades to stations in Cork, Cobh, and Mallow. There are also plans for the development of 150km of secondary cycling networks, 60km of inter-urban cycling networks, and 140km of Greenways and a ban on heavy goods vehicles in the city centre. The National Transport Authority and Cork City Council have established a project team to develop Bus Connects Cork, which has been allocated €200m under the National Development Plan”. Have you had enough? When you are politically favoured and your TDs buy into the urban agenda in Cork, this is the result. An ambitious plan for an ambitious city!

In Waterford’s case, after 10 years of abysmal failure to deliver on any of our headline agenda or their election promises, we look to Fianna Fáil and Greens. The omens are worrying. Marc O Cathasaigh was disgracefully overlooked by Eamon Ryan to allow for the elevation of a co-opted, unelected Offaly farmer. Mary Butler was overlooked in favour of a Kerry TD who was appointed Minister for Education on her first day in the Dáil. Whether that casts unspoken aspersions on Ms Butler’s ability is for others to say. She has never shown an understanding of the “city as an economic driver” agenda. I will be happy to be proven wrong on this, but from her election to the Dáil she has tied herself to the Fianna Fáil party, with very little to show, other than re-election and minor elevation.

The “city” agenda, hospital, WIT, airport, North Quays is well known. It is hardly unfair to say that Ms Butler has shown little interest in the latter project and the July stimulus Plan has no targeted action for Waterford. She comes from the Jackie Fahey, Ollie Wilkinson lineage more concerned with small rural actions and holding a party seat, than driving a Waterford city agenda. Has she strategically decamped entirely to Dungarvan? Her decision to oppose the boundary extension for Waterford city and support Kilkenny Fianna Fáil TDs was an unforgivable betrayal. She now busies herself as Minister for Mental Health, knowing full well that mental health facilities in UHW are awful. She knows that 24/7 cardiology and a second cath lab are necessary to support the hospital’s Model 4 status. Is she the TD to stand up to Micheál Martin and Stephen Donnelly and demand the services we need? Can she do it, or will she be apologising at the next election (while losing her seat) for failing “while having done her best”?

John Halligan was a minister attached to the Dept. of Education but singularly failed to deliver anything of substance to WIT. The Evening Echo reported last week on the sod turning for a new €22m sports arena for Cork Institute of Technology. The event marks the start of a two-phase programme to deliver campus sports facilities. Phase one will see construction of an arena, while phase two will deliver an indoor community and high-performance sports facility. The 3,600 sq metres building will accommodate a large multi-function hall. This accompanies the €18 m dropped on CIT for “renovations” last Christmas and shows, with three senior ministers in one Cork constituency, that Leeside hubris is blatant. What Fine Gael has done to undermine WIT over the past decade was awful. Horrendous budget cuts and not a cent spent on new teaching buildings. Will Fianna Fáil and Greens be any better? A vote for FF or FG is a vote to continue being under the Cork thumb. Turkeys voting for Christmas, while the cake is cut so unfairly and Waterford’s university ambitions are treated like shite.