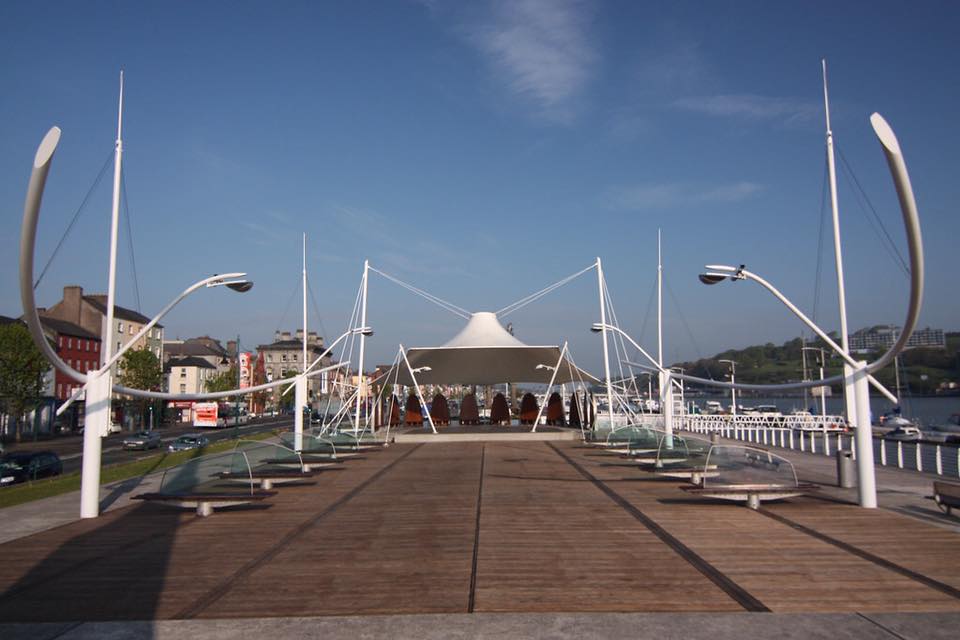 MOMENTUM is building behind the scenes for a complete overhaul of what has been referred to as “probably the most underutilised space we have in the city”. Options are currently being explored, with members of the public invited to come forward with suggestions regarding the Plaza on the Quay.

Barry Murphy, auctioneer, praised Tramore and Dunmore East for using their best resources when maximising their tourism potential. However, he expressed serious concerns that, given the standalone strength of the Dunmore Road, Waterford may not be big enough for what he calls “the donut effect”.

Merrigan Phelan architects and Barry Murphy have been working in a volunteer capacity with Cllr. Jason Murphy (FF) and Cllr. Frank Quinlan (FG), to explore possible options for the area.

Cllr. Murphy brought the suggestion before Waterford Council, and it was agreed that conversations would begin to happen around this, if vendors were willing to come on board.

Using the potential of the waterfront, a covered space is being looked at, with suggestions of a wine bar, coffee shop, pizzeria and icecream parlour as potential developments.

“We need to not put the cart before the horse by lining up vendors yet, we need to look at attractive design options, cost, and above all, bringing life back into the city centre so that people don’t need to leave in search of waterfronts elsewhere,” stated Barry. “We need a spot for people to gravitate towards where the potential of the water as a beauty spot is used.”

A cohesive effort is being made during discussions to maximise the Plaza during major events such as Winterval, and even looking to the success of Dungarvan in harnessing the commercial power of the Greenway, and how Waterford city could follow suit.

In his address to Waterford Council, Cllr. Murphy said he believes this would bring a whole new dimension to the city, following on from the design decisions of many major European cities on the waterfront.

Members of the public are invited to reach out to Barry Murphy to discuss, or indeed to Cllrs Murphy and Quinlan.