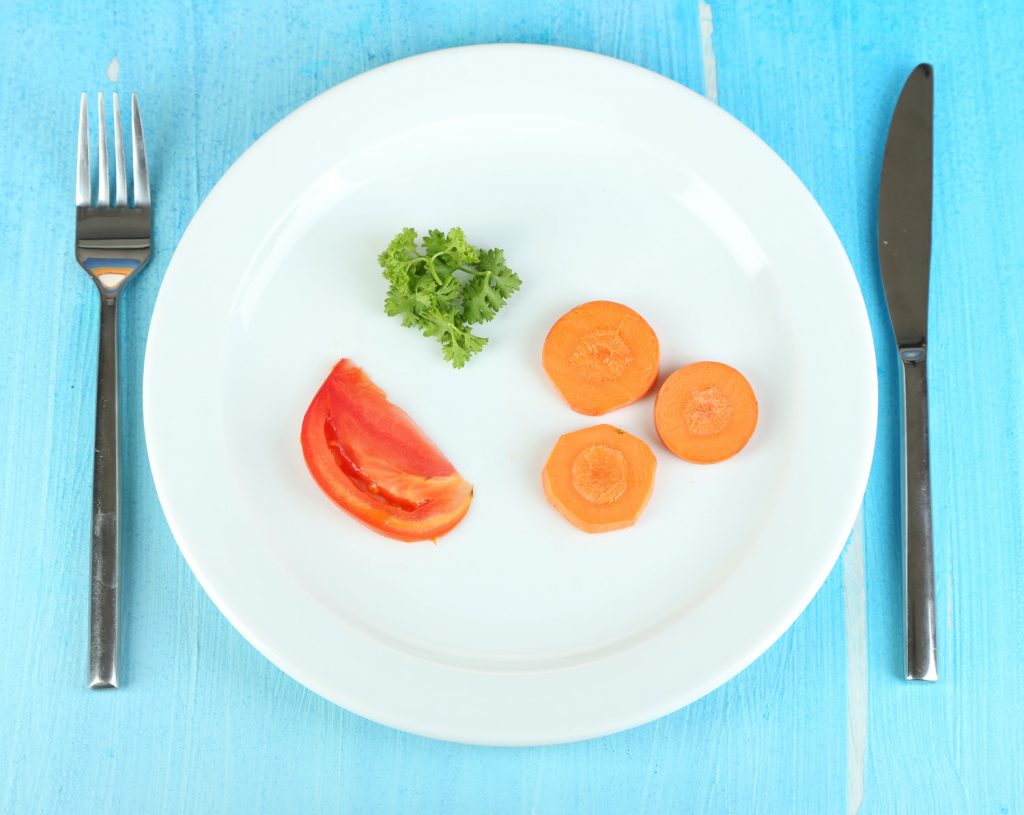 Hi folks, it’s Adam. A lot of the people I work with have a primary or secondary goal that involves fat loss. Fat loss occurs as a result of consuming less calories than you burn. So in order to help it along you can move more or consume less. What follows are 5 ways that might help you reduce your energy consumption without counting calories. That are free. Simple. And evidence based.

Drinking a glass of water before eating

Studies have shown (pub med article number 25893719 and 19661958) that drinking a large glass of water (500ml) before eating a meal can result in decreased energy intake and increased weight loss over calorie restriction alone. The water fills you somewhat, helps you feel full sooner, so overall less calories are consumed. This was true even when participants were allowed to eat as much as they wanted, it was automatic.

Eating while watching television has been shown to increase caloric intake (pub med article number 16822530). 36% for pizza and a massive 71% for macaroni and cheese (it’s an american study). In the case of pizza the amount of time to eat a slice was the same but those watching TV reached for the next slice much sooner than those who were not distracted. Macaroni and cheese was eaten both at a faster rate and for a longer period of time by those watching the goggle box.

If you google “A satiety index of common foods” you’ll find a paper outlining how satiating common foods are… obviously. The way this was ascertained was that study participants were given matching calorie portions of different foods and asked how satiated they were after each test case. Even though the number of calories in the portions was the same how satisfied participants felt after eating varied greatly. If you aren’t counting calories but rather going on how full or satisfied you feel as your cue to stop eating then consuming foods with high satiety indexes could result in lower calorie intake overall. You’ll feel satisfied sooner eating and stop having consumed fewer calories. Top of the list… boiled potatoes. So nothing special or expensive.

Another research paper (pub med article number 21515120) suggests that cutting snacks into smaller pieces helped reduce caloric intake as participants tended to favour NUMBER of pieces over SIZE of pieces. Decreasing the size of pieces of candy led participants to decrease by half their actual intake of calories. A subconscious bias could explain why people tend to consider that one portion of food might be, for example, 10 bites or pieces and is the appropriate amount to consume, regardless of the size of the pieces themselves. So next Christmas cut those roses in half!

And last one… Chew more

Chewing each mouthful more times has been shown to reduce calorie intake (pub med article number 21775556), possibly due to being more mindful when eating and allowing more time for the body to signal that it’s actually “full” between bites. Participants ingested almost 12% less calories when taking the time to chew food 40 times as opposed to 15 times.

They’re not glamorous or dramatic. I’d almost say they’re a little dry? But they are low cost, not complicated and evidence backed. I would personally still recommend monitoring your energy intake in some way if you have trouble maintaining the body fat levels you desire but for those people who, for whatever reason, really don’t want to go down that route trying one, a couple, or all of these could help from the eating less side of creating a negative energy balance.