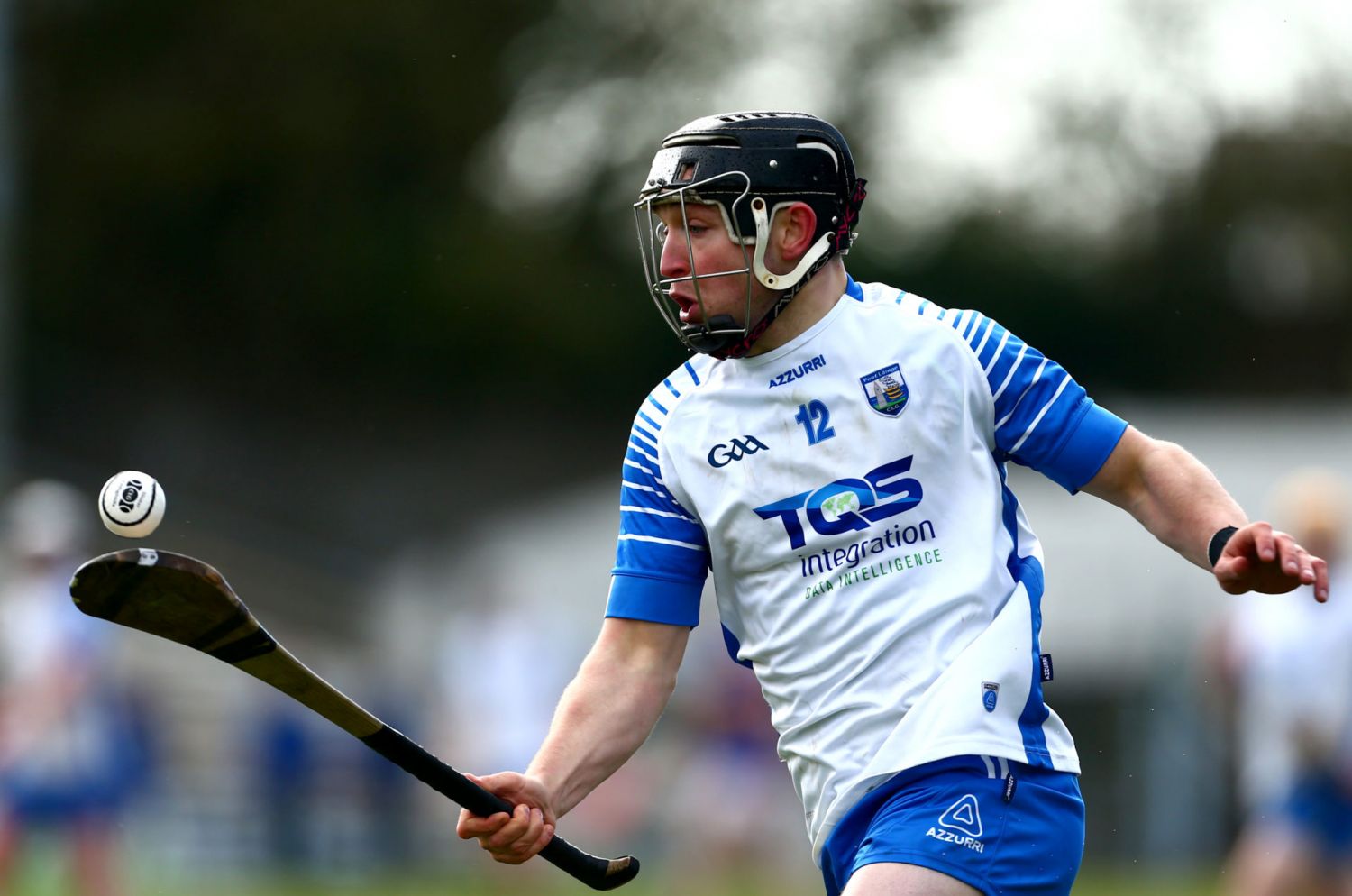 Waterford attacker, Mikey Kearney, was in top form for Ballyduff Upper as he scored 2-10 in their comeback from being 11 points down to Ballinameela in the Western IHC at the weekend. Photo: Inpho.

Never write off Ballyduff Upper.
2-10 from county man Mikey Kearney carried the Reds to a stunning comeback victory in a game of two halves with Ballinameela at Cappoquin on Saturday afternoon (3-18 to 2-18).
The 2007 senior champions were eleven points down after 24 minutes but Kearney netted before the break and added 1-7 in the second half to send them through to the West IHC quarter finals.
Brendan Phelan was brilliant for Ballinameela throughout with 1-9. He was responsible for 1-6 in the first half. The towering number ten buried a close range free after six minutes.
The Blues led 1-14 to 0-6 approaching half time but the Reds rallied with two goals through Kearney and Finan Murray. 1-15 to 2-6 at the interval.
Two more Phelan points on the restart extended Ballinameela’s lead to eight. The Reds struck 1-7 without reply. A Kearney penalty, ten minutes from the end, blasted Ballyduff in front. The introduction of Eoghan Murray at half time also helped Maurice Geary’s men over the line.
Modeligo made history in Fraher Field as they defeated Cappoquin for the first time in championship hurling (0-24 to 2-14). Two former Waterford hurlers went head to head on the sideline as Sean Daly got the better of Brian Greene.
No Tom Devine was no problem for Modeligo as younger brother John delivered three points and free taker Jamie Troy totalled nine. Man of the match Pa O’Donovan hit the insurance point in injury time. He was commander in chief at centre back. Tommy McCarthy and Keith Landers goaled for Cappoquin.
Tadhg de Burca returned to the Clashmore-Kinsalebeg line-up at number six on Friday night, after a long lay-off with a cruciate knee ligament injury, but finished on the losing side to An Rinn (2-18 to 0-11). Fearghal Ó Ceallaigh and Liam Ó Lonáin raised green flags in the second-half for the winners.
Ardmore started without the Gartland brothers but still prevailed by three points against 2019 junior champions St Mary’s (2-12 to 2-9). All the goals arrived in the second half. James Kennedy and James Flavin got the three pointers for Ardmore while Mike and Eoin Kearns were on the mark for St Mary’s.
Shamrocks saw off Stradbally on Sunday (2-17 to 2-15) but both sides are through to the quarter finals as the Reds were the lucky losers to be pulled out of the hat.
The four other teams must play off for the remaining two spots. St Mary’s will meet Ballinameela while Cappoquin will come up against Clashmore. These knockout games will take place this weekend.
In the JHC, An Rinn’s second string pulled off a shock win over Colligan in Abbeyside (1-14 to 0-14). Anthony Kirwan’s Brickey Rangers beat Kilrossanty 1-16 to 0-12. Michael O’Hanlon bagged a second half goal for the Brickeys who were relegated from intermediate last season. Tourin took care of Geraldines 1-14 to 1-10.