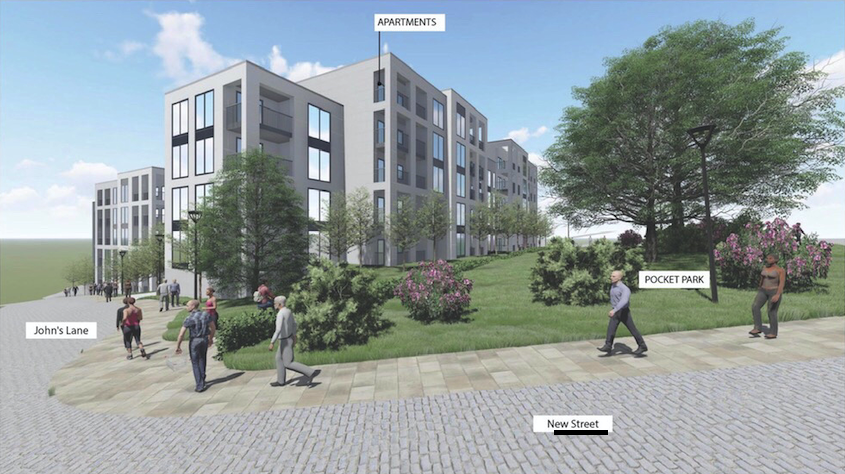 AS reported by the Waterford News & Star in this week’s edition, Waterford City & County Councillors were briefed this week on a new plan for Michael Street/New Street, which will be put out for public consultation in the coming months as part of a Part 8 planning process.

As our exclusive images show, it is proposed that the site, which will cover an area of 16,847sq m, will feature a 137 bedroom hotel, 2,634 sq m of retail, 86 apartments, a creche and 373 car parking spaces in the existing New Street Car Park. 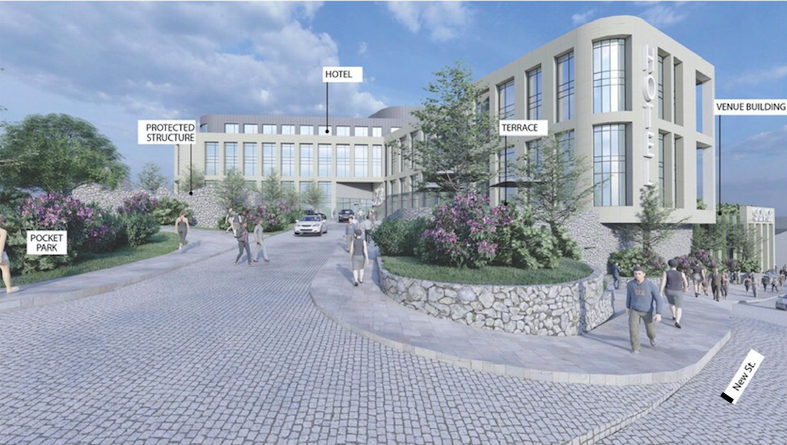 This plan replaces one that was originally known as the ‘Newgate Centre’, which was to be built by the KRM Construction Partnership and received its first approval from An Bord Pleanala back in 2008. The plan was revived and received approval once again from An Bord Pleanala in 2017 after objections were made by local residents and campaign groups.