Villa’s SFAI semi-final to go ahead after U-turn 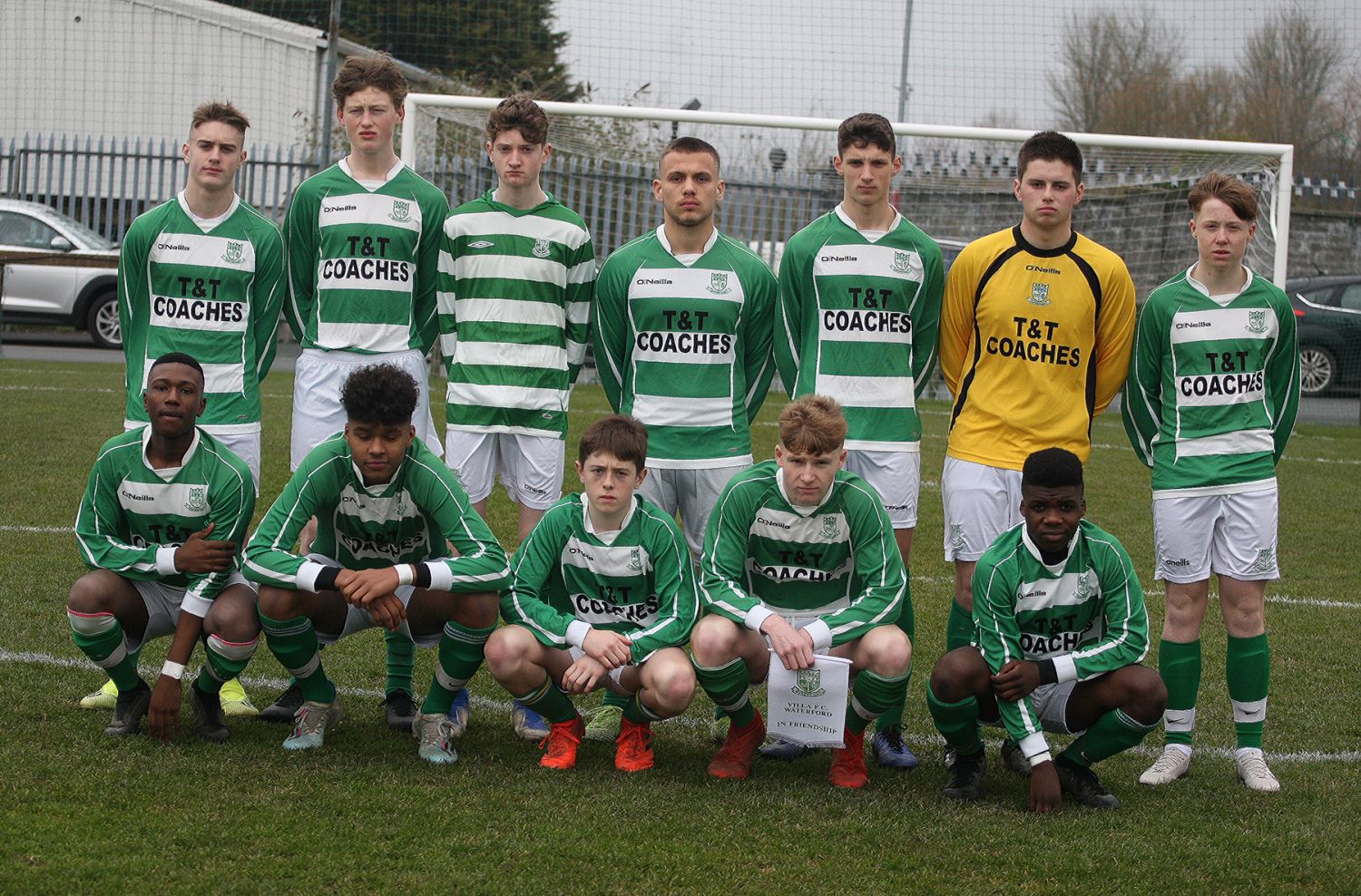 The Villa FC U-16 team that defeated Shels in the SFAI Cup Quarter-finals at Connors Park back in March. Photo: Paul Elliott.

After it was widely expected that the Skechers SFAI Cup competitions would be declared null and void amid the Covid-19 Pandemic, there has been a change of heart from the SFAI executive that will now see the 2019/20 cups finished this year.
With Villa reaching the semi-final of the National Under 16 cup after their thrilling win over Shelbourne in the last eight at Connors Park in early March, it was a heart wrenching moment for the young players when the SFAI ruled that the season was effectively over due to coronavirus.
But there was light at the end of the tunnel late last night (Wednesday) when news filtered through that the competitions will be played to a conclusion with Villa set to make the trip to play Dublin Schoolboy giants Cherry Orchard next month.
The Connor’s Park outfit will be in action on either Saturday, August 15 or Sunday, August 16, with the official fixture set to fixed by the SFAI administrator Simon Walsh over the coming days. The game will be played under strict Covid-19 guidelines, but it’s unclear at this point how many people will be able to attend.
Under the current government guidelines with regards to the outdoor gatherings of 200 people, which will be in place for Villa’s Munster Youth Cup semi-final on Saturday against College Corinthians, a bigger attendance may be allowed should the go ahead to ease restrictions on August 10 be given the green light.
It will be welcomed news for the young players involved though as the hopes of landing a National title in a year of such uncertainty is still flickering after this latest news to come from Abbotstown. No such U-turn from the SFAI has been made as yet with regards the postponement of the Kennedy Cup and Inter League games.