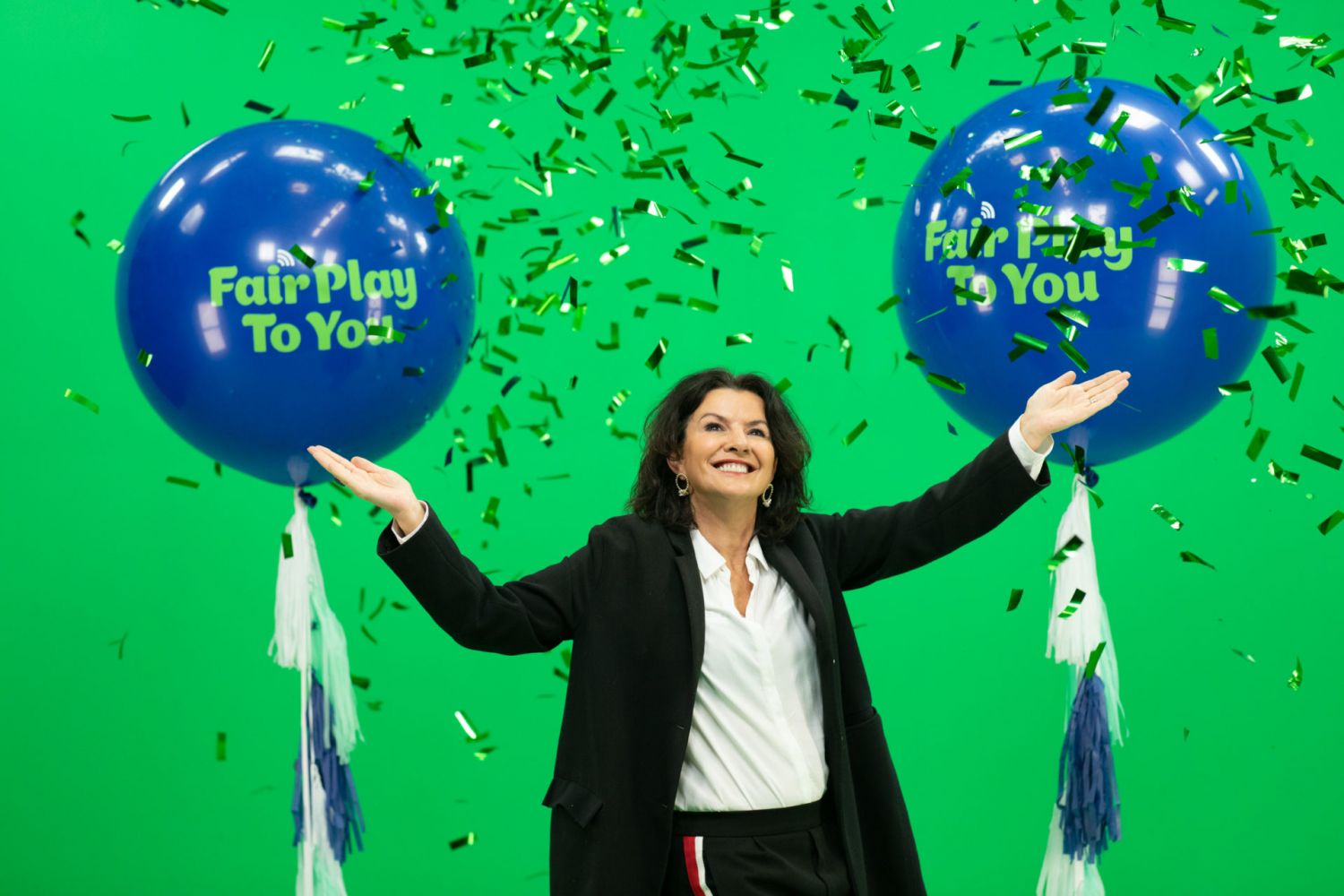 Actress and comedian Deirdre O’Kane at the launch of ‘Fair Play to You’, a new way of winning and a new way of giving via The Care Trust. Photo: Naoise Culhane

‘Fair Play To You’ is a new online lottery game which has been devised by The Care Trust in a bid to generate funds for three worthy beneficiaries, including Waterford’s Central Remedial Clinic (CRC).

Speaking to the Waterford News & Star, The Care Trust’s Eddie Banville said the new game was part of the charity’s response to generating a new fundraising team given the impact of Covid-19 on such door to door activities.

“The team would invite people to sign up for a monthly recurring payment to support our causes which enters them into a car draw – we have three car draws for an all new Renault Clio every month,” he said.

“Now that’s what we had been traditionally doing of course but that’s all come to a standstill during the Covid emergency and that’s why we’ve decided to launch ‘Fair Play To You’.”

The new game, the Trust states, gives entrants “an almost 1,000 times greater chance of winning the top prize. Each time a contributor plays, they are allocated a unique set of three numbers and if these three numbers are entered and selected as the bonus numbers in the televised Lotto, Lotto Plus 1 and Lotto Plus 2 draws, the contributor wins.” The top prize kicked off last month at €5,000 and can climb to as high as €25,000. At present, the Trust has two full-time fundraisers in the Waterford area.

Last year, The Care Trust provided funds for projects in Waterford, including the Assistive Technology & Specialised Seating (ATSS) Department at the CRC, which is located within the grounds of University Hospital Waterford (UHW).

According to The Care Trust: “The ultimate objective of Assistive Technology is to contribute to the effective enhancement of the lives of people with disabilities and elderly people, helping them to overcome and solve their functional problems, reducing dependence on others and contributing to their integration into their families and society.”

Describing the services provided at the CRC, Eddie Banville commented: “The team there provide assessments both in Waterford and across the South East, particularly for children, which saves local families from having to travel to Dublin for such assessments. It’s headquartered in its own building opposite the main entrance into UHW and it’s a facility which The Care Trust is delighted to support.”

Eddie, who previously worked as Head of Marketing with the National Lottery, said the Trust is “very much committed to help children and adults all over the country who are, in many cases, born with a disability and will have to deal with that for their lifetime. And it’s amazing the difference that CRC and Rehab continue to make, providing all manner of assistance to those who need support, along with their families. The money that we raise gives those we support the ability to buy equipment and, when applicable, to reduce waiting lists. And while the Government, through the HSE and the Department of Education does provide funding to CRC and Rehab, it’s not enough – and that’s where people like us come in, in an attempt to make a positive difference.”

During 2019, The Care Trust (which itself receives no Government subsidy) raised a combined tally in excess of over €2 million for the CRC in Waterford, the Rehab Group and the Mater University Hospital in Dublin.

The first Fair Play to You game started on Wednesday, July 1 and you can join at any time. For further details visit www.fairplaytoyou.ie

Developments in pipeline for Carrickphierish