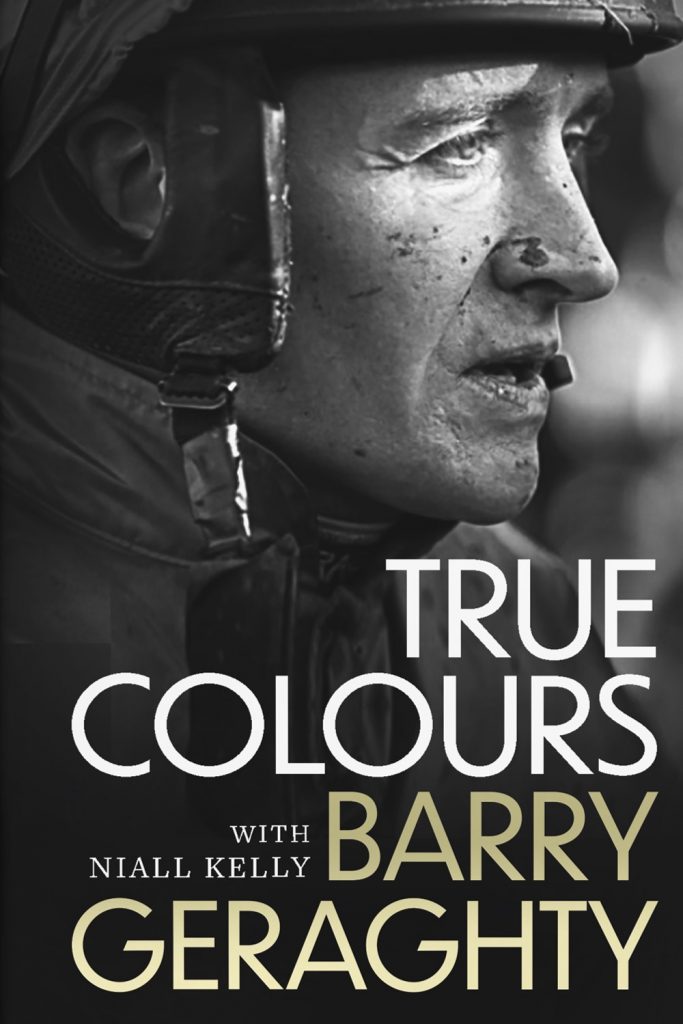 ‘True Colours’, the memoir of jockey Barry Geraghty who recently retired after a 24-year career, is to be published this autumn.

Written with Niall Kelly, ‘True Colours’ will be published by Gill Books in Ireland on October 23, with a simultaneous publication in the UK by Headline.

“Over the years I have been asked many times to write a book, but it never felt right,” said Geraghty who won the 2002 Grand National aboard Monty’s Pass.

“Having thankfully come through my career all in one piece, I feel that I have a story worth telling. ‘True Colours’ is a book about self-belief and how putting 110 per cent into something you’re passionate about can make dreams happen. It is about finding the balance between chasing the highs and managing the lows, something we have to manage in all our lives to one extent or another. I hope people will enjoy the read and maybe even gain some personal insight from what I have learned about life through my racing career.”

Having ridden nearly 2,000 winners, including five Champion chases, four champion hurdles, two Gold Cups, two Stayers’ Hurdles, and both the Irish and Aintree Grand National, Barry Geraghty has rightfully earned his title as one of the greats.

However, Geraghty bears the scars of his trade, having broken all his limbs, shoulders, ribs and his nose in addition to having over 70 stitches administered to his face.

He faced his toughest test on the eve of the 2019 Aintree Grand National as he headed towards his 40th birthday when he broke his leg, subsequently spending most of that year with it encased in a metal frame.

Forced to take stock, he decided it was better to go out on his own terms and made an astonishing comeback at this year’s Cheltenham Festival, where he rode five winners, becoming the second most successful jockey in Cheltenham’s history, bringing down the curtain on one of the most glittering careers in jumps racing on a high.

Written with Niall Kelly, who has previously worked on ‘The Choice’ by Philly McMahon and ‘Fighter’ by Andy Lee, ‘True Colours’ is “a book about resilience,” said Deirdre Nolan of Gill Books.

“It contains startling revelations and searingly honest insights into the life of a top jockey. It will be a must-read for all sporting fans this year.”

True Colours will be published by Gill Books on Friday, October 23, priced €22.99