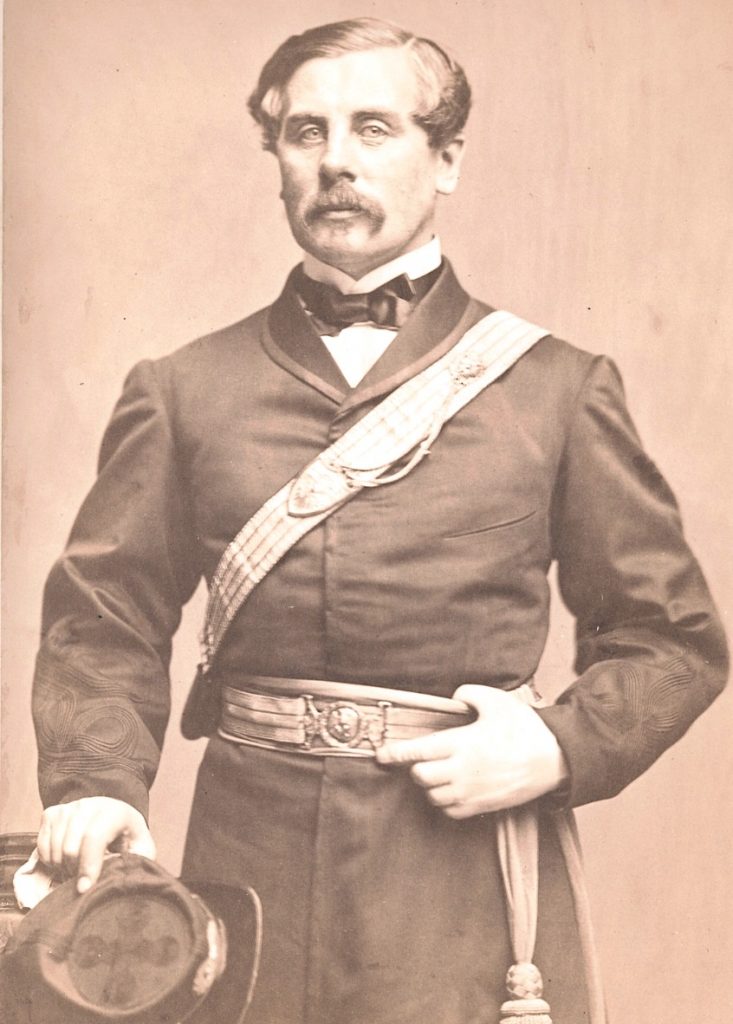 Due to Covid-19, and in the interest of safety and social distancing, the 1848 Tricolour Celebration Committee cancelled  its annual commemoration of the first raising of the Irish Tricolour on 7 March 1848 at 33 The Mall by one of Waterford’s most famous sons, Thomas Francis Meagher. However, in this ‘pandemic’ year of 2020 the Committee would like to acknowledge in his native city this great patriot’s birth.

Meagher was born in what is now the Granville Hotel on 3 August 1823. His mother was Alicia Quan and his father, Thomas Meagher, and their marriage represented a union between two of Waterford’s great merchant families. The Meagher family’s wealth was built on the trade between Waterford and Newfoundland in Canada. Thomas Francis Meagher grew up in an atmosphere of wealth and privilege, but turned his back on this life because of his political ideals.

He was originally a supporter of Daniel O’Connell’s campaign to repeal the Act of Union but he was to be disillusioned by O’Connell’s leadership. Instead he became a follower of the Young Ireland movement. In February 1848 there was a revolution in France and Meagher was sent by the Young Irelanders as a delegate to Paris to seek the support of the French government for Ireland’s struggle against England. He failed to get money or arms. However he did return with a flag modelled on the French Tricolour. According to Meagher:

‘The white in the centre signifies a lasting truce between the ‘Orange’ and the ‘Green’, and I trust that beneath its folds, the Irish Protestant [the ‘Orange’] and the Irish Catholic [the ‘Green’] may be clasped in generous and heroic brotherhood’.

Meagher took part in the failed Young Ireland rebellion of 1848 and was transported to Van Diemen’s Land (now Tasmania, Australia). In 1852 he escaped to America. With the outbreak of the American Civil War in 1861 he joined the famous Fighting 69th NY, and subsequently formed the famous Irish Brigade. Under his leadership the Brigade fought in some of the bloodiest battles of the war: Bull Run, Chancellorsville, Antietam and Fredericksburg. After the war he was appointed acting Governor of Montana. It was there that he died, in strange and suspicious circumstances, on 1 July 1867.