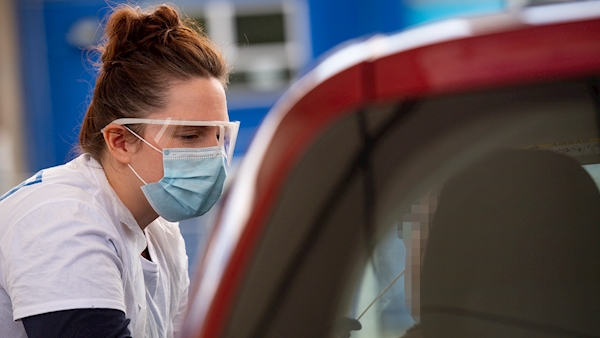 Experts have called for changes to the Republic’s current Covid-19 testing and contact tracing system to make it more “robust” and “efficient” in order to avoid a second lockdown.

The Oireachtas special committee on Covid-19 response today published a report highlighting weaknesses in the State’s system and its importance in allowing the country to remain open.

It comes as UK Labour Party leader Keir Starmer warned the British government has one month to fix Britain’s “broken” test and trace system to halt a devastating second wave of the coronavirus in a “long and bleak winter”.

What became clear to the committee is that another lockdown would be unsustainable. Testing and contact tracing will allow the State to live with and treat outbreaks of Covid as they arise.

Chairman of the committee TD Michael McNamara said the Republic’s current system was put in place “in a hurry” and an improved system could avoid a second lockdown: “What became clear to the committee is that another lockdown would be unsustainable.

“Testing and contact tracing will allow the State to live with and treat outbreaks of Covid as they arise.”

The report warns that the test and trace system faces two “severe stress tests” in the coming months in the form of travel and hospital overcrowding during the flu season.

“We will need a system that has capacity to deal with a sudden surge in demand which will happen if we get a flu epidemic in the Autumn… [in] our already over-crowded hospitals and A&E Departments,” Mr McNamara said.

The HSE says it has capacity to carry out 100,000 tests per week, however this has not yet been availed of, with the peak number of tests carried out per day being over 20,000 in mid-April.

The committee said the HSE’s new test and trace plan should include “ambitious targets on testing capacity and turnaround times, with matching investment in healthcare facilities, including isolation rooms.”

Recommendations made include temperature screening all overseas arrivals into the State, and the regular testing of all healthcare workers to identify asymptomatic carriers of the virus.

Other recommendations of the committee’s report include:

The committee added that the dangers of unofficial, private tests which may be unreliable and give false confidence should be made clear to the public.