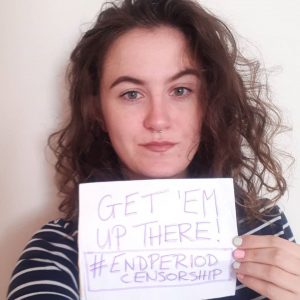 THE reaction to the Advertising Standards Authority of Ireland’s (ASAI) banning a TV advertisement for Tampax tampons has generated a nationwide reaction, including here in Waterford.

Some 150 complaints were reportedly submitted regarding the ad with 83 per cent of the complaints submitted by women. The instructive advertisement, which used the phrase ‘You gotta get ’em up there, girls” was particularly aimed at younger women on how to use a tampon correctly.

‘Vulgar’, ‘offensive’, and ‘unnecessary’ were some of the words used to negatively describe the advertisement, with many complainants accused the advert of using sexualised language as well as being inappropriate for younger girls.

However, since the ASAI ban, numbers in support of the ad have grown on social media, with a campaign to ‘End Period Censorship’ mushrooming across all social platforms.

Many have hit out at what they have described as ‘period censorship’, calling instead for a normal female experience to be normalised in conversation.

Journalist Michelle Heffernan, who has never been shy about discussing societal boundaries around body-related conversations, has urged people to “STOP this idiotic censorship of periods, vaginas and women’s health. The more we sweep discussions around periods, or vaginas under the carpet, the more we support the disgraceful and outdated shame present around the female body.”She believes that young girls are deprived of “vital education” required to support their personal health and hygiene.

Playwright and occupational therapist, Nicola Spendlove has been part of an online selfie campaign to end censorship. 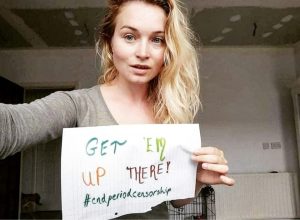 “I’m only 28 years old and even when I was approaching puberty, period was a dirty word in Ireland. It’s brilliant that we’re starting to ask ‘why?’ and that we have campaigns like this to challenge these strange attitudes. I’m so proud of my friend Grainne Kavanagh for taking the initiative to set up the Rag Week podcast and the #endperiodcensorship selfie campaign.”

The selfie campaign, started by Gráinne Kavanagh, asks social media users to run an image with the caption

“I support an open discussion around periods. Do you? Tag five people you think will take part, regardless of whether they bleed or not, this is about SUPPORT.”

Speaking to the Waterford News & Star, Derek said: “This is not just a women’s issue. Men needs to step up and stop the ridiculous stigma that surrounds discussing periods. It’s their sisters, mothers, daughters, or friends who are affected by this.”

Last week, the ASAI stated: “The ASAI Code sets out the process for a Review of a Decision, which can be requested by either the advertisers involved or the complaints in the case.”