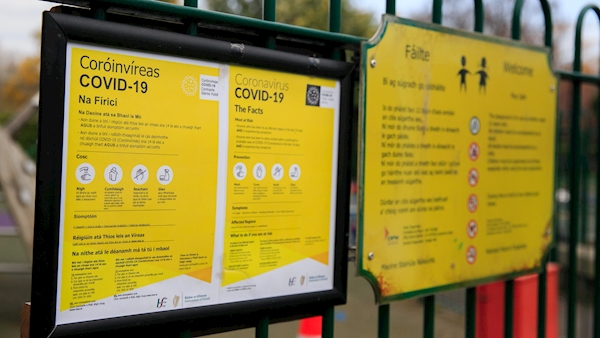 Dublin is no longer at the centre of the Republic’s Covid-19 outbreak as cases have spread around the country, the National Public Health Emergency Team (Nphet) has said.

The group highlighted “significant and growing concerns” about the virus in Ireland in a letter to Health Minister Stephen Donnelly, advising Government yesterday ahead of their decision to delay the reopening of wet pubs and the increase of outdoor gatherings to 500 people.

The letter, penned by acting chief medical officer Dr Ronan Glynn, advised the Government to halt the planned progression to Phase Four of the country’s reopening on August 10th.

Only 27 per cent of cases in the last seven days have occurred in Dublin with six counties having a greater seven days incidence than Dublin.

The letter noted that 73 per cent of cases in the past two weeks had occurred in people under 45 years of age.

It said there had been a shift in the location of the majority of cases from the greater Dublin region to other counties over the past seven to ten days.

“The majority of cases are no longer predominantly limited to the greater Dublin region,” Dr Glynn wrote. “Only 27 per cent of cases in the last seven days have occurred in Dublin with six counties having a greater seven days incidence than Dublin.”

Another major cause of concern to Nphet was outbreaks among those living in direct provision and working in the construction and food production sectors.

It noted that in addition to ongoing or “open” clusters reported in previous weeks, in the past week there had been 37 new outbreaks, including:

The group warned of the dangers of an increase in community transmission of the virus, which it said currently “appears to be stable” but would require close monitoring.

It also warned of the “continuing risk with any social gatherings indoors,” recommending a number of additional measures for the restaurant and café sector, including the requirement for premises to close by 10.30pm.