Phoenix: A Sense of Outrage?

LAST week came news of North Quays’ funding from a meeting between Minister for Housing O’Brien and local Oireachtas members (save David Cullinane).

In the Dáil, Minister Malcolm Noonan subsequently said, “In June 2019, URDF support of €30m was ring fenced in respect of the overall North Quays proposal pending further clarification of the project detail.” Minister Noonan elucidated: “Waterford City & County Council submitted an updated economic cost benefit appraisal on June 30 last, which must now be considered by the Department in consultation with the Department of Public Expenditure and Reform before a recommendation on further funding can be considered.

“The huge change in environment in the last few months means it is important that the robustness of the cost benefit appraisal stands up from a public spending point of view.”

Terrifying words, bound up with politics and appeals to a future cabinet meeting where we have no one to represent us. Another review, another wait, another delay for a project proposed in 2016.  Have we any sense of this being an historically important city? Are our government Oireachtas members not outraged at being treated like shite? Just lie down and shrug at delay?

Did we not learn with the second cath lab? Agreed two years ago and still not gone to tender. The existing cath lab still not refurbished and the mobile cath lab, promised to remain at UHW until the new one was built, has gone. Minister for Health Donnelly “knows nothing of this” and went off to investigate. Why do government Oireachtas members accept blatant delay with a silent shrug? Our lack of political power and influence is palpable. The current government is in such disarray between junior ministerial pay, cuts to PUP, internal divisions, rivalries, ministerial cars for well shod Cork bottoms, advisers uncounted and money wasted that we cannot be certain they will survive after their plum holiday break.

A greater threat to Waterford emerged with Simon Harris’ announcement of Tom Boland, ex head of the Higher Education Authority as facilitator to drive the TUSE project.  Harris left the Dept. of Health and took its Secretary General, Jim Breslin, with him. The men who oversaw the Herity Report, sinful delay and obfuscation about the second cath lab and expansion of cardiology at UHW are now in the Department of Higher Education. Back in saddle again, as the C&W song says, riding Waterford into the ground once more.

TUSE is the only game in town we hear as we are frogmarched into a second class solution. Simon Harris took to twitter to hail Tom Boland as an, “independent expert to spearhead plans for a Technological University for the South East”. I looked up all the words in that sentence to see what they mean. ‘Spearhead’ is apparently the point of a spear and often means the person, thing or group that leads an attack. Batten down the hatches. We are under attack from the Minister’s expert. And be warned, ‘expert’ is a person who is skillful in a particular area. We are dealing with a spearheading expert, not some amateur dabbling in spearheading. 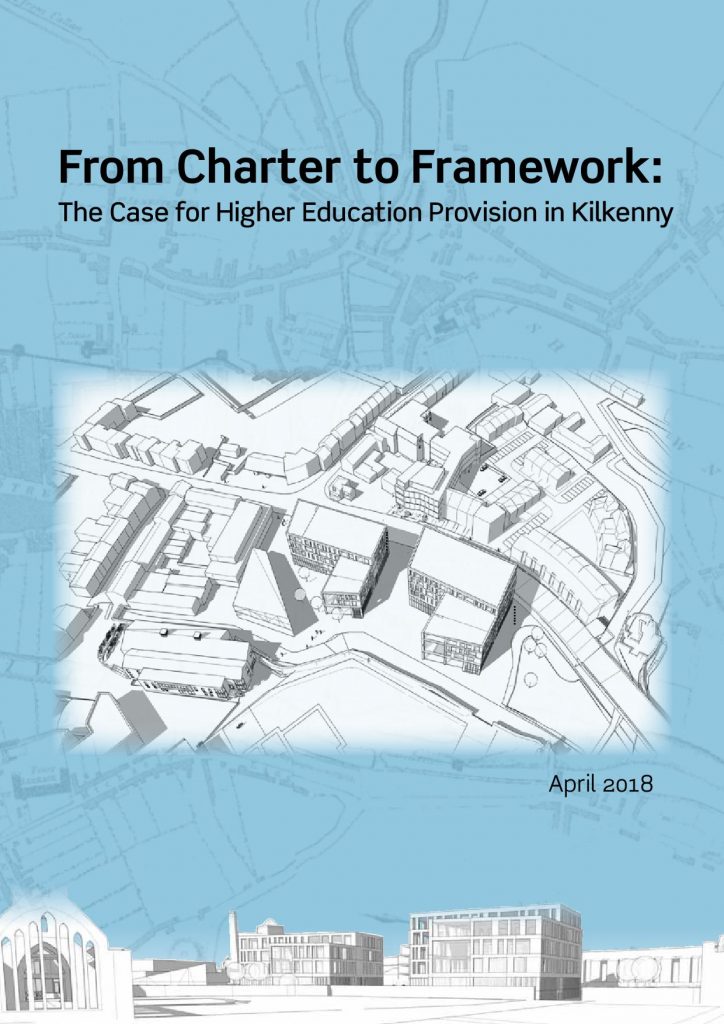 I struggled with the definition of ‘Independent’ though. Working for a competitor might make someone less than independent. Tom Boland’s BH Associates consulting firm chairing the Project Leadership Group for WIT’s competition, Munster Technological University?

One also might consider taking a paid commission from one of the stakeholders would make someone less than independent. Tom Boland’s firm (BH Associates) produced a report in April 2018 for Kilkenny County Council that recommended the establishment of a campus in Kilkenny. It might also make one less than independent if one was the CEO of the statutory body that funded WIT and IT Carlow. Tom Boland was the Head of the HEA 2004-2016. I am not sure I know what independent means. Of course, it is entirely normal for an independent person to give the answer that “it is sub judice and it would be inappropriate for me to comment on it” to the Oireachtas Public Accounts Committee when asked if he met the former President of WIT to look for his head on a plate.

Stay with me, final three words, very quickly. “Simon Harris” is a rare bird who believes virtually no people live in the South East of Ireland and that it would be imprudent to provide 24/7 cardiac care for those who live there. “Technological University” is the same as “I cannot believe it is not butter”, smart branding, but it is most definitely not butter. Finally, the “South East”. A place where politicians sell out their people for a seat at the table. In this case, a seat a bit away from the table, but we are assured that they can see the table. Government Oireachtas members Minister Mary Butler, Marc Ó Cathasaigh TD and Senator John Cummins all welcomed the appointment of the spearheader, a brave political move reminding one of past soldiers going over the top. Ciara Conway, John Halligan, John Deasy and Paudie Coffey. Each promised the earth moon and stars before putting party before Waterford. Coffey, perhaps the best hope, was destroyed by his own party who engineered a three candidate strategy to force him out of the election. Most of these retired combatants are no longer seen on the streets of Waterford. Can it really be just nine agonisingly long, embarrassing and painfully inept years since Minister Ruairi Quinn announced a TU application by Christmas?

World War One was supposed to be over by Christmas, and even that long war was shorter than the TU debacle. The Munster TU was rubber-stamped by a caretaker minister, in effect a takeover by Cork IT of Tralee. Any bets on the latter’s long term survival under Cork administration?

We have no guarantee of the main campus and HQ being here and most see us being set up for asset stripping again. The TUSE may be the only game in town but those cheerleading the process know it will not deliver a university of scale to Waterford. The President and Governing body of WIT have been put in an impossible position, to accept this TU crumb or get nothing. This is not the way national decisions should be made. 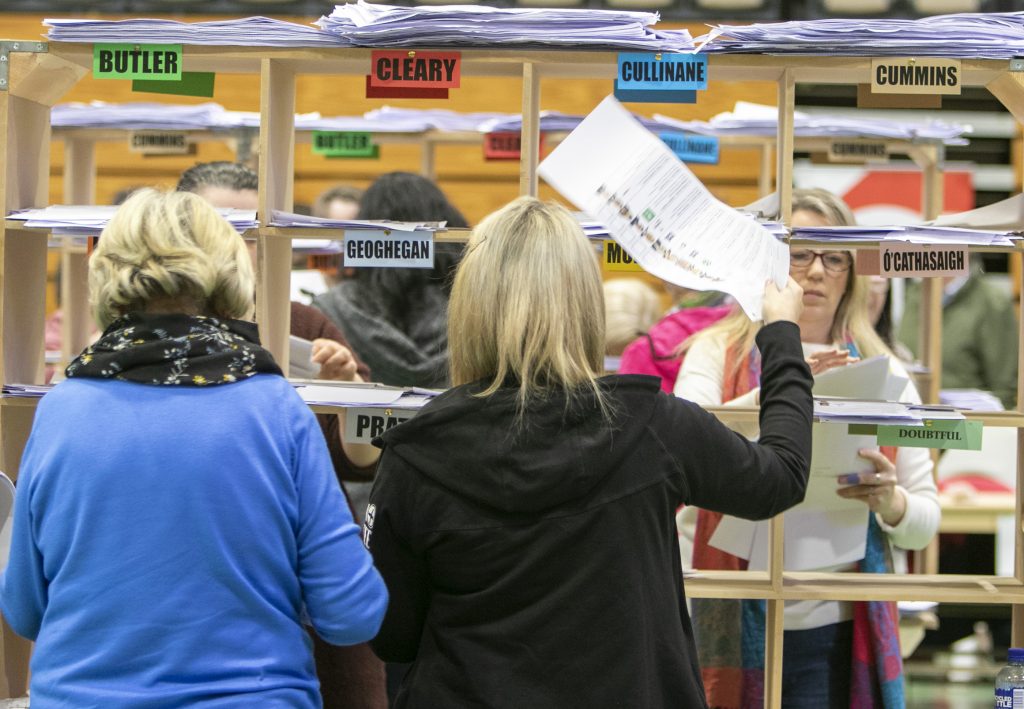 The very political future of Mary, Marc and John depends on delivering thumping growth in Waterford. They are now on the hook to double the size of WIT in Waterford, yet their opening gambit is to force WIT into a merger of equals with an institution less than half its size, and little to no research ambition, possibly with a headquarters in Kilkenny. Sadly for all involved, it looks like our new government members will get mowed down in no-man’s land between their voters and those trying to destroy Waterford City.

Waterford has sought university designation since 1936, eighty four long years, during which time Carlow was never mentioned. WIT’s balance sheet is around €129 million, Carlow is €52 million. That is the normal basis for valuing relativities in a business merger. Overall student populations between Carlow (8,213) and Waterford (8,316) are very close. What closes the gap is part-time, flexible learners where Carlow has considerable strength, but such activity is not the basis for a university.

If WIT was made a university in 2005 it would have been the largest, most mature institution to cross that threshold. UL, DCU and Maynooth were all much smaller at designation, and far less active at research. This is what the region needs to thrive based on universally accepted social and economic analysis. For those who find this column gloomy, I want to end on the upbeat note: failure is not an unrealistic hope.