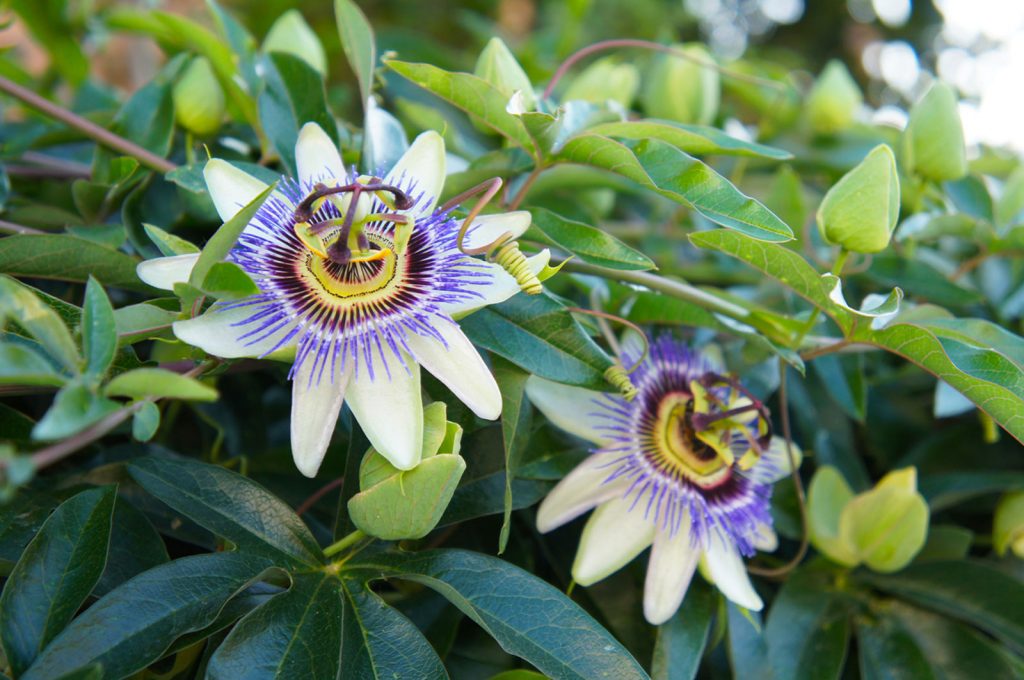 THE plant kingdom is so full of variety that it is not difficult to construct a garden that can satisfy all aspirations. It is possible to create a ‘Star Trek Holodeck’ type where a theme garden can be created, which can make you feel as though you have been transported to another exotic location.

Some people go the whole hog and create a tropical garden and this can be quite beautiful but you can go half way and plant a number of tropical plants among your normal garden plants and still get the feeling that you are in a special place. I wrote about this type of garden a short while ago so will just mention some of the plants that will give that appearance and they can include Bananas (hardy type), Canna, Abutilon, Persicaria runcinata, Eriobotrya, Fuchsia boliviana, Begonia grandis, Mimosa (Acacia pravissima),maybe some Passion Flowers (‘Constance Elliott’, ‘Pura Vida’, ‘Incense’) and finally some palms (Chusan, Dwarf Fan and Date Palm).

You can increase the dramatic effect in parts of your garden by the use of plants that have a strong architectural or structural appearance, and these are best placed sparingly here and there among a general planting.  The palms mentioned in the previous paragraph would do it and other suitable plants include Astelia, grasses (larger types), Hydrangea arborescens ‘Annabelle’, upright pyramidal Box, Yew or Thuya or Pittosporum ‘Silver Sheen’ and tiered Cornus alternifolia ‘Variegata’. Bamboos might be considered but they need their roots confined as they love to spread and cause havoc in time! I do not advocate using Pampas Grass as they are unsuitable except in large gardens and I have gone off the once fashionable coloured Phormiums as they become unsightly and rough looking with age.

Quite often, actually too often, the towering blossoms you see at those flower and garden shows are not the perennial plants that you should place in your garden, which is a bit pointless really, as most people would assume that the displays are to inspire and encourage you do something likewise in your garden.  I suppose they do inspire and encourage but many of these plants grow too tall for most gardens and need much attention, including staking, and even then a very rough windy night will result in all these plants sprawling over the ground the next morning.

These tall perennials are a legacy of the past and plant breeders have over time managed to create compact versions of these desirable flowers, so that now you can and should direct your choices towards these plants which grow away without any support.

There is a huge range of suitable plants and some are tolerant of less than ideal conditions and for this week I will only list those that are the toughest and easiest to grow. Do not be surprised to see that most of these are old fashioned perennials that have stood the test of time and are still with us. Agapanthus – mostly blue or white, Astible – in shades of white through pink, red and purple, Aquilegia – multicoloured petticoat shaped flowers, Crocosmia – orange to red shades, Lupin – great for flowers but can get attacked by greenfly, Penstemon – prized for their numerous flowering stalks in many available colours  (a good blue one is ‘Electric Blue’) and for autumn flowers try the Kaffir Lily’ Schizostylis, which comes mostly in red or pink but there is a white one too.

Some people take out the top growth of tomatoes when it reaches the top of the glasshouse or tunnel but we do not as we loop the top carefully sideways and only stop the growth in the last week of August and in this way we will have tomatoes until the last week of October.

You can harvest herbs such as mint, parsley and verbena for use later on by cutting and drying them in a warm room, and then reducing them into plastic bags. Pick bunches of lavender and hang them upside down until dry and use them to add scent during the winter.

Please email me is you have any comments, questions or observations at [email protected] and if of general interest I will include this in a future article.