A PASSAGE East publican, who has reopened his premises as a restaurant, has called for a stream of measures to be implemented to keep the industry afloat, including a grant in the form of a one year VAT return, low interest or interest free loans, and the payment of business interruption insurance.

Owner of The New Geneva, Sean Furlong also called for “exit money” for non-viable licenced premises or for publicans, who want to retire from the pub industry. 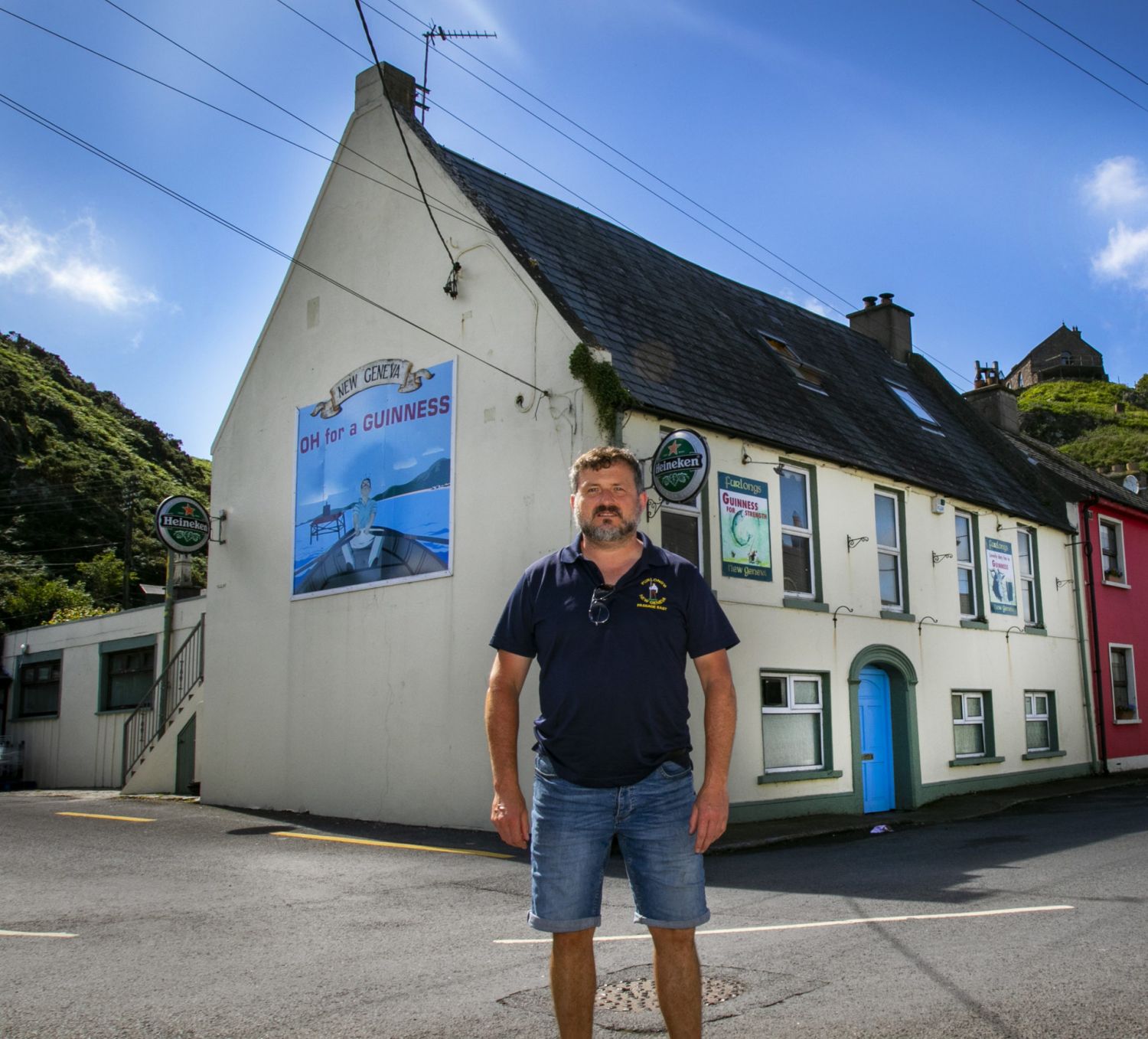 Speaking to the News & Star, Sean said he could see the postponement of Phase Four coming with a daily national increase in Covid-19 cases. “Wexford were doing as good as us and they saw an increase of 11 cases on Wednesday last. It is just the influx of visitors from the hubs that have it,” he said.

Sean believes where an outbreak occurs the area should be closed and a 5km restriction should be put in place, whereas areas with low cases should be allowed to operate as normal under the guidelines. “That hasn’t been done, so it was obvious that was going to happen,” he said.

The New Geneva bar and lounge closed on March 15, and reopened as a restaurant on Friday, July 31, following a lot of expense and organisation on Sean’s behalf. “Business was good, Friday, Saturday, Sunday and Monday because it was a bank holiday weekend. Because we had been closed for so long we got huge local support,” he said. In a big departure to normal operations, Sean closed the front bar and opened the door to the lounge, which is now the restaurant. “We had to improvise,” he said, “There was no guarantee that pubs would open after September 1.”

Sean has already invested heavily in getting the pub’s kitchen back up and running, and sees the serving of food in his long-term plan. However, he said, “I can’t serve a pint without a €9 meal. That’s fine on a weekend, but Monday to Thursday it is going to be very difficult to justify having a kitchen open in order to serve a drink. If you close mid-week you are back-pedalling.”

For the pubs that are open he believes that grants should be given on the basis of how busy they are. “The easiest ways to do that is to look at VAT returns. If they could give VAT back for one year in the form of a grant that would keep us open. If all the pubs are open we will be paying VAT and employing people, usually from the locality. It is a win-win situation,” he said.

There had been talk of low interest or interest free loans, but no information has been given to publicans so far and it needs to be addressed. He went on to commend Waterford City and County Council for the implementation of the Outdoor Furniture Grant Scheme, but said there needs to be a collaborate approach by all agencies to assist pubs in further developing the food side of the trade.

For those businesses that are no longer viable after being closed for almost five months or where publicans are nearing retirement, Sean suggested that “exit money” could be offered. The option to sell a licence could open up non-viable pub premises to different uses including shops, ice-cream parlours and coffee docks. “Perhaps some people would be happy to retire and others could take over the premises. We need to think outside of the box…To a lot of us our pubs are our pensions. Like a lot of businesses, if it goes you have nothing.”

Despite Minister for Finance Paschal Donohoe’s call on insurers in March not to reject businesses’ claims for loss of earnings, Sean said insurance companies issued a letter in June stating that business interruption insurance would not be paid. Sean doesn’t agree with the decision. “It’s black and white, there’s no grey area. It clearly states all diseases,” he said, “Insurance companies in Switzerland and in France have paid up…If the Government gave an instruction these people shouldn’t be allowed trade in this country. They need to be tough on insurance companies and refuse them a licence to trade.”