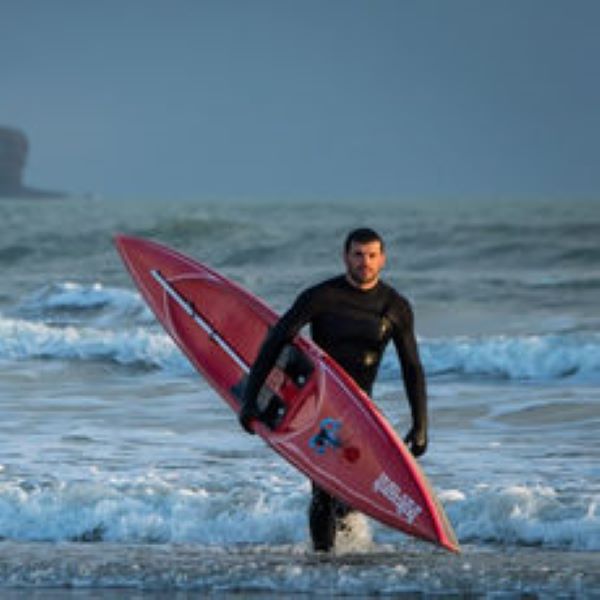 TRAMORE’S Jim Swift is no stranger to feats of endurance, having completed An Paddle Fada last year, becoming the first person to paddleboard the 1,600 km of Irish coastline. Today, he attempts to paddleboard continuously for a solid 24-hours to raise money for Doctors without Borders.

“The more people that know about Medecins Sans Frontieres(Doctors without Borders) the better,” the Tramore man said.

The funds raised currently stand at just under €1,500 before Jim has even entered the water.

From 6pm tonight, Saturday, August 8, Jim will launch from The Ladies Slip in Tramore before paddling for 24 hours non stop. He has spent the last few hours duct-taping his paddleboard in preparation for the long time in the sea.

With the sun beaming down all morning, it is a favourable day for Jim to attempt such a Paddle Fada.

All support, waves, and people would be appreciated on his departure and return, such a Paddle Fada will deserve a dinnéar mór.