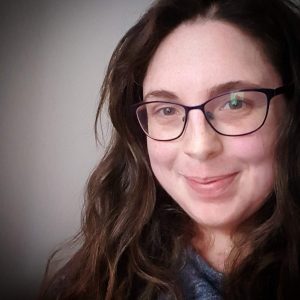 THE resumption of relative normalcy has seen Dromana native Trisha Ryan return to work at one of the country’s most stunning buildings, the National Museum on Dublin’s Kildare Street, where she serves as an Education Assistant.

The youngest of four sisters (her siblings being Regina, Eleanor and Colette) and daughter to Eileen (nee O’Donoghue) and John Ryan, Trisha was “home for about three and a half months during the lockdown, which was lovely – I was really lucky the way it worked out for me.”

Trisha, educated at Cappoquin’s Mercy Convent Primary School and Blackwater Community School in Lismore, recalled: “When the (lockdown) announcement was made on March 12, the first thing we all did was the wrong thing – we were all huddled around my computer watching Leo Varadkar’s announcement. But as soon as we heard cultural institutions being mentioned we realised, well that’s us gone for now anyway so I went home the following day and I stayed at home in Waterford with my parents until June 28. So I’m back now in my house in Dublin (Crumlin, which she shares with friends) and I’m doing three days at home and two days in the Museum (which re-opened on Monday. July 27) and I’m hoping that will go up to three days (in the Museum) pretty shortly. But now that I’m back up in Dublin, I’d like to go into work a little more, really get back into the swing of things and establish more of a sense of normality as well.”

The unexpectedly lengthy spell back home was one Trisha, a proud Aunt of four, clearly enjoyed. “Oh I really did. It meant I was still able to go out for walks – I wasn’t confined by the city or anything like that – and just being back there and out in the countryside again for such an extended period of time served my mental health well throughout all of that time. It’s a beautiful, quiet area and it was great to get such a good reminder of how lovely an area it was to grow up in.”

Following secondary school, which included First Year at St Anne’s in Cappoquin prior to the establishment of Blackwater Community School, Trisha undertook a BA in Archaeology & History at UCD, beginning the programme in 2008.

“I graduated from that in 2011 and then I did an MA in Archaeology in UCD for one year, graduating in 2012 and I’m currently, through work, studying a Masters in Museum Studies with Leicester University. Now I’ve taken a break from that at the moment and I’m still deciding what to do but the plan is to complete it, hopefully within the next six to eight months.” 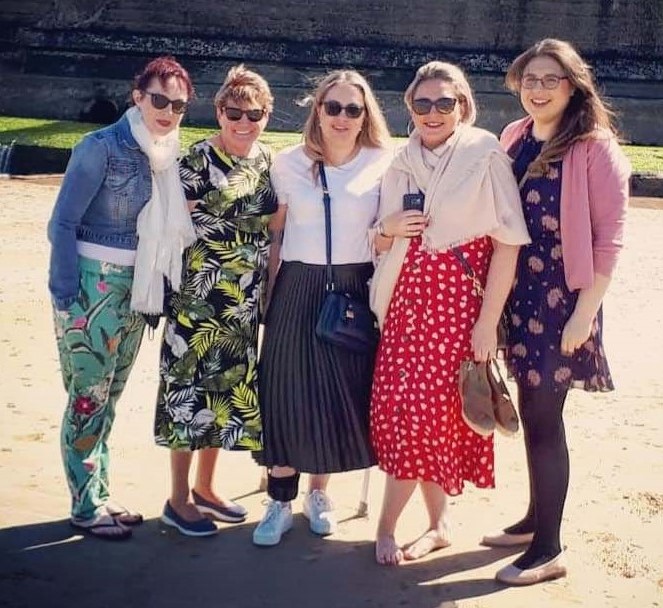 So where did Trisha’s grá for archaeology stem from?

“To be honest, there was no real defining moment where there was a lightbulb going off over my head, telling me to do archaeology,” she admitted.

“I do have a clear memory of studying myths and legends when I was in Third Class and I found that to be really interesting. Now I’d also had an interest in history from quite early on in Primary School and I particularly liked studying the War of Independence and the Easter Rising. There was also a strong interest in history within my own family; my grandfather was always very interested in history and it was something that we always talked about so I had a bit of encouragement there as well.”

Trisha continued: “I do remember, as a young child, going to Killarney and Clare on holidays with my parents, visiting different castle sites and ruins and having an interest and curiosity about who had  lived in these buildings and noting how much they’d changed between the present and the past and wanting to know more about Ross Castle (Killarney), Bunratty and even Muckross House.

“And there’s a link between Dromana House (on the bank of the Blackwater) and Muckross as there’s a painting there of Katherine FitzGerald, the Countess of Desmond who’d lived in Dromana and was reputed to have lived to the age of 140 (dying in 1604, having reportedly fallen out of a cherry tree).

“So my interest in history was always there and by second year, after a matter of weeks, I realised I loved archaeology as well; it was generating a similar level of curiosity in me. It’s evidence-based, it’s almost like a mystery, trying to piece things together from what’s left of the past. It’s very dynamic, it’s very multi-disciplinary too and I love that element of it.”

Having worked part-time in a shoe shop while studying her MA, Trisha then secured work at the Lismore Heritage Centre and her brief as a tour guide there proved the ideal grounding for her current job at the National Museum.

“I really developed an appreciation for the educational side of heritage (in Lismore) and I was very fortunate that an Education Assistant’s job came up at the National Museum within the archaeology branch and when I applied for it, I felt it had the perfect blend of archaeology and education. And it’s such a great job; it’s made me appreciate how important it is to get people engaged in their history and their heritage from a young age. I’ll have been there for five years come September, it’s just a perfect blend of the disciplines I studied and it’s such a beautiful place to work in. The architecture in there is just amazing and I still don’t think I’ve fully gotten used to it. I still have moments when I can’t believe I’m working there and that’s part of the reason I’m so anxious now to get back in there more regularly as I really like being within that space.” What a gift it is to be happy in one’s work.