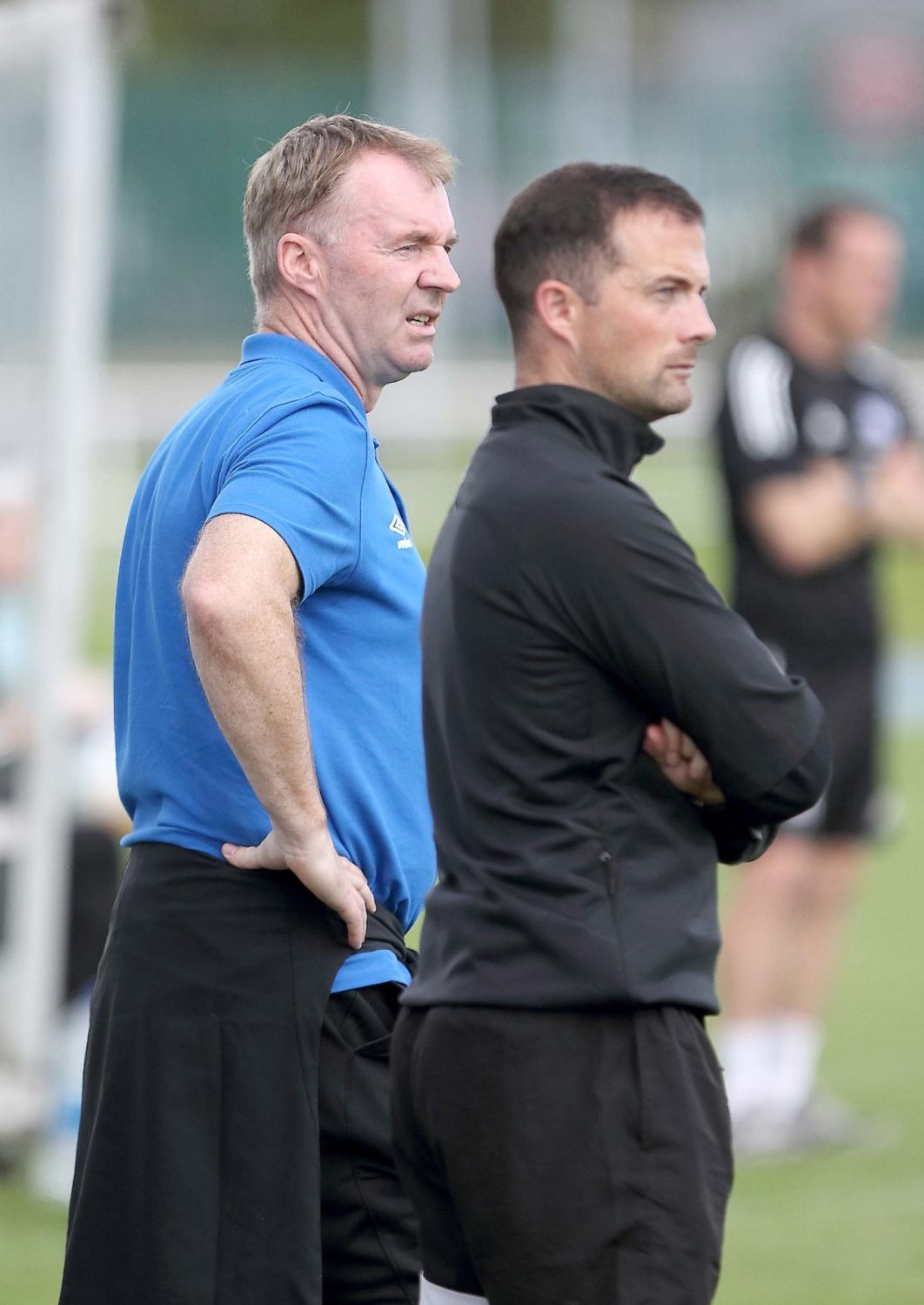 Waterford FC manager, John Sheridan, and assistant manager, Fran Rockett, watch on from the line during Saturday’s draw with Cork City at the RSC. Their trip to Sligo has been refixed for tomorrow (Tuesday) week, August 18. Photo: Noel Browne.

The SSE Airtricity League Premier Division fixture between Sligo Rovers and Waterford has been rearranged.

The fixture, which was originally scheduled for Tuesday, August 4, but was postponed due to a Waterford FC player needing a Covid-19 test, will now take place on Tuesday, August 18, with kick-off at 5.45pm.

The match will be screened live on WATCHLOI, the SSE Airtricity League streaming platform at watchloi.ie.

Furthermore, the Extra.ie FAI Cup second round draw will take place on Wednesday, August 12 at 12pm at FAI HQ, Abbotstown. The draw will be screened live on the FAIreland Facebook page.

See tomorrow’s Waterford News & Star for a report and reaction from Saturday’s game at the RSC and all the rest of the local soccer news.