An eight-bed assisted living unit is being developed at The Paddocks by Acquired Brain Injury Ireland.

A five-bedroom unit with three apartments is currently being developed on the site, ABII Local Services Manager Rob Martin told the Waterford News & Star during a physically distanced tour of the facility.

“It’s probably taken us about five years to reach this particular juncture and it’s the first development of its kind here in the city, specifically for (residents) in neural rehabilitation. We wanted to add on apartments as well in the development so that required some additional planning and funding which slightly delayed the process. But once we got the green light, it’s amazing how quickly things have progressed here within the past year.”

In 2015, ABII successfully approached the National Asset Management Agency (NAMA) about acquiring the site, which Mr Martin said the organisation “was very lucky to get – and it’s perfect for us in terms of the work we do”.

He added: “It’s conveniently located, so close to the heart of the city while also being somewhat secluded. Independence is a huge focus in terms of the people we work with and from this location, residents will have good access to public transport in terms of getting into town, going to the shops and accessing amenities in the area, all of which complements our work.”

Regarding the assisted living component of the development, Mr Martin, who is a Certified Brain Injury Specialist, stated: “It’s assisted within the house and the plan would be for a somewhat less supported environment when it comes to the apartments. The whole idea of the apartments involves step down support levels. This is going to be home for each of the residents; we’re not very institutionalised so we’re not going to have a reception area here, for example. This is going to be a house just like any other house, really. And the whole idea of what’s being built here was to blend in with the pre-existing architecture already on the estate and for this site to become part of the neighbourhood.” 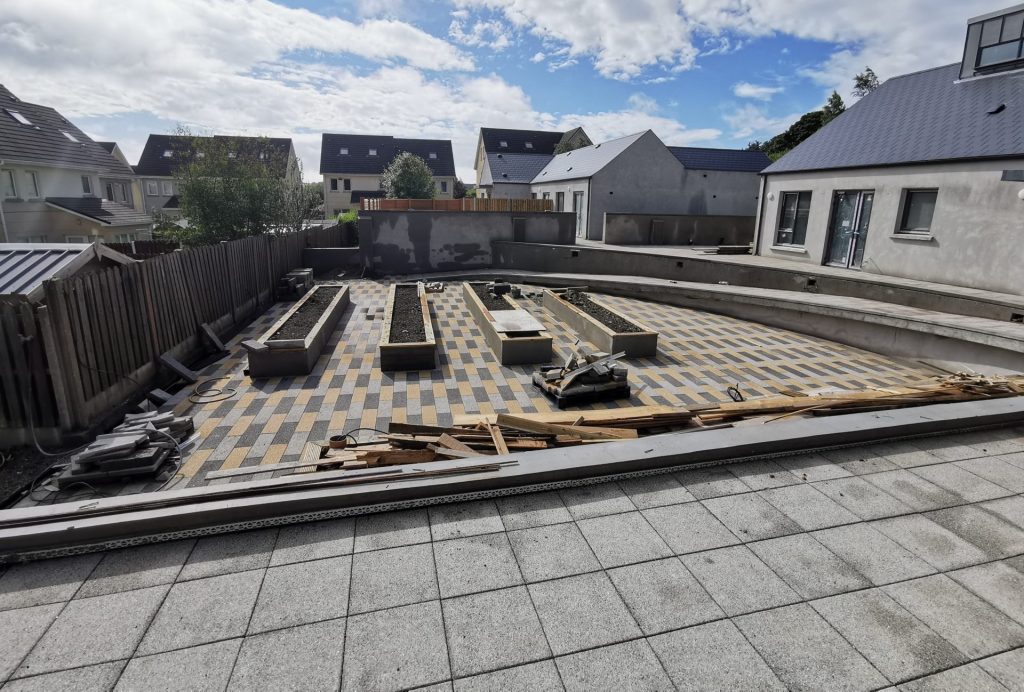 The single storey development features an impressive shared and paved garden space to its rear, featuring raised beds, a graded ramp to its lower section and, in time, a polytunnel.

“Every door at the back of the building leads us out into the garden, which is a fantastic feature of the site. A lot of people who work with us like gardening and gain a lot of benefit from a mindful, relaxing environment and we’ve got great space to work with here. It’s going to be quite an active garden – there’s a lovely suntrap here too – and the beauty of what’s been developed here is that, even in the worst weather, it’s going to be accessible.”

The main house features a sizeable kitchen facing out onto the garden, which will include a hob and sink that will be accessible to those with differing needs.

There will also be a ‘quiet room’, an activity room (for art, music etc), a utility room, separate offices for Rob and his ABII colleagues (who will overnight here), in addition to a store room and visitor’s toilet. Two to three staff will be on site “depending on the needs of residents,” Rob explained.

With four residents already identified for the new development, ABII “hope to have keys by the middle of September” with the Health Information and Quality Authority (HIQA) carrying out an inspection prior to the official opening. This means the project is likely to open in October, “all things going to plan,” Mr Martin added.

The building (which doesn’t contain a single step) also features a high support room which will be equipped with a hoist, featuring a cutaway wall section facilitating bathroom access via the hoist.

At present, no-one is scheduled to move into this room “but it gives us the ability to look after someone with that level of need” said Mr Martin.

“And by installing this equipment now represents the best approach for us taking the longer term into account. This is a purpose-built unit; it takes us out of a costly rental situation when it comes to those who’ll live here and those who’ll support them and we’re really looking forward to putting this space to practical, daily use.” 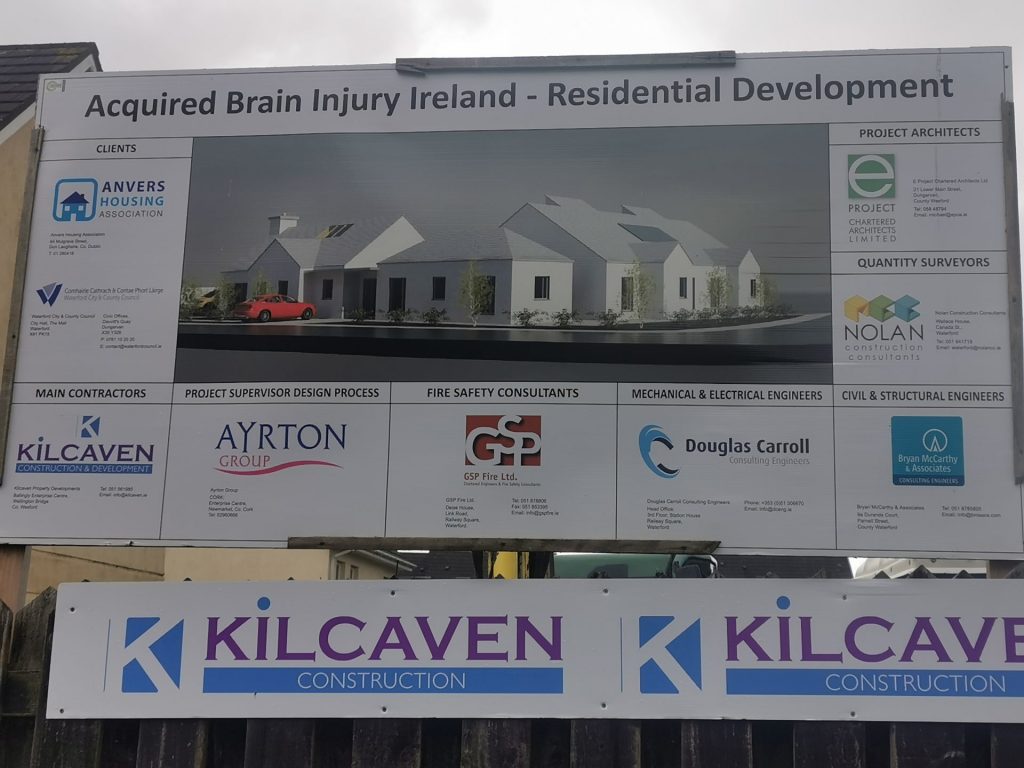