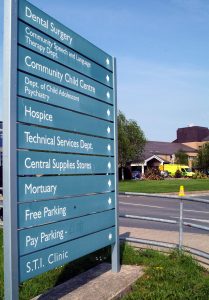 IF insanity is to stand accused of doing the same thing over and over again in the expectation of a different result, then those running our health service surely stand at the head of such a queue.

As this week’s lead story details, the wait for cancer test results for patients in Waterford and across the country is now running into several months.

The stress of such a wait for those who cannot pursue the private route when it comes to cancer or any other traumatic disease is as reprehensible as it is inexcusable.

Speaking to this newspaper in May, cervical cancer campaigner Vicky Phelan highlighted that women with abnormal smears who are not screened on a regular basis run a higher risk of developing cancer. In addition, a cancer such as Ductual Carcinoma In Situ (DCIS) can only be picked up through screening while there are other cancers which feature no pre-diagnosis symptoms.

As ‘Linda’ told Darren Skelton this week: “I can’t help but wonder how many women are sitting at home waiting for a clinic that is showing no signs of opening again. Do we wait until our cases are considered urgent enough to be treated?”

Nobody with a modicum of common sense has underestimated the significance of the Covid-19 pandemic on daily life, let alone on our health service.

But how many more women will be buried in this country given this State’s institutional inability to adequately care for them when they most need caring? And, pandemic or no pandemic, how can we still be fielding such a question in 2020? 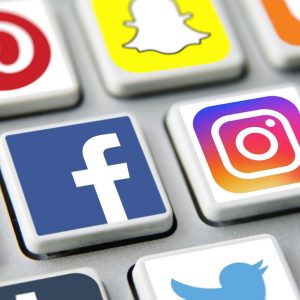 The tinfoil hat wearing brigade on social media, who lazily label all traditional media in uniform terms, are prone to presenting their unverified commentaries as undisputed truth.

To an extent, we are all guilty of living in our own echo chamber, a dimension in which we only wish to hear what’s easiest to our own ears, neatly fitting into the world as we would wish to frame it.

Yet how do we establish a more worldly view unless we expose ourselves to perspectives and viewpoints that we ourselves don’t necessarily share?

The traditional media, be it print or broadcast, justly stands accused of facilitating opinion makers who do not base their views within the context of what cannot be disputed.

Yet we cannot ignore the existence of ‘the other’ in society. How else can we hold up a mirror to the great social vices of our time without realising that, as the late John Hume put it, “difference is an accident of birth”.

Ben Bradlee, perhaps the most distinguished English language newspaper editor during the second half of the 20th Century, said that “the truth is never as dangerous as a lie in the long run.” He also said: “Pick your fights. Don’t duck ’em, but don’t fight second-rate opponents.”

All perspectives are not equally valid. For example, racism cannot be justified by any mature societal yardstick.

And when we discuss such issues in print or on air – and discuss them we must – it’s worth remembering that most people remain entirely reasonable. Spending too much time on Twitter or Facebook surely suggests otherwise.

More of the world that we know, love and understand still exists between the sheets of a newspaper than it does in the mind of any faceless online polemicist.