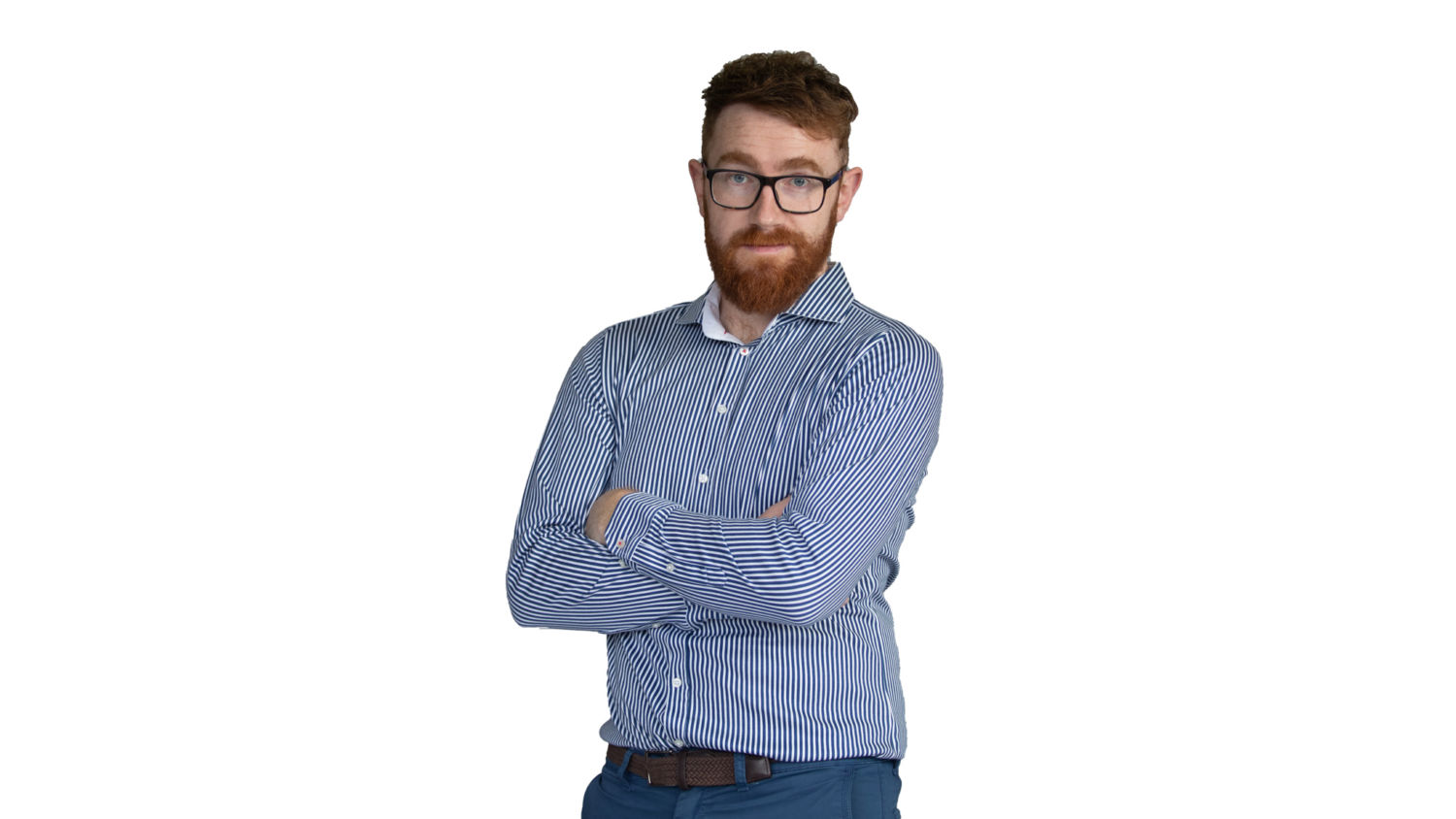 Nigel Kelly (30) is a sports presenter with WLR FM and a part-time photographer. After attending the CBS in Carrick-on-Suir and repeating the Leaving Cert in Yeats College, he ended up going to Limerick to be a teacher. After that didn’t work out, he was doing odd jobs for four years, including as a press officer for an Israeli sports team. But a radio broadcasting course in WIT led him to stick his foot in the door at WLR where he made sure to get both feet in before too long.

The weekdays are a very early start for me. The alarm goes off at 5am and I have that little battle with myself over taking five minutes more with the pillow – I always lose that one. I wolf down two Weetabix and hit the road for the broadcast centre.

The day is made up of sports bulletins that kick off at 7am. As well as interviewing people for sports news and the weekly show – lots of audio and video editing throughout the day. I try to get out and about to meet people when I can – whether that’s out at a training pitch or in their home, it’s nice to meet people for interviews where they ply their trade instead of in a studio.

Weekends are always busy. Every Saturday I present ‘On The Ball’ at 12, then the rest of the day is filled with bulletins every half hour which can be very, very busy.

I spend most of my time finding results, goalscorers, who’s been sent off etc, the phone is always to my ear trying to find people on the sideline of local matches as those are the people who have the best updates

I get home and the best laid plans normally fall apart. Lying down on the couch with my dog is usually option number one when it comes time to relax.

The acne will clear up – relax! Spend more time getting stories off your grandparents, you’ll want them when they’re gone and you’ll eventually lose your chance. DJ Rankin is not cool, stop thinking he is.

I’m a fiend for documentaries – couch time with myself and the dog watching a good crime doc just can’t be beaten. Either that or watching any sort of sport (maybe with cricket the exception) rugby being top of the list. I’d also spend a fair amount of time listening to podcasts when I’m pottering around the house.

I’d probably have to go with ‘Full Metal Jacket’. There’s just something about R Lee Ermey roaring abuse for 45 minutes that I never get bored of. I had to check my Spotify for the music – the stats seem to say it’s either ‘Rumours’ by Fleetwood Mac or ‘Stop Making’, the live album by Talking Heads. I’d be content if I could dance with a lamp like David Byrne.

Not to sound clichéd, but when Jack Charlton died it pulled on the heart strings. Not when the news broke, because that Saturday morning I was slow to get up and the boss rang me. “Morning Michael, how’s it going?”. “Jack Charlton is dead.” To which I said: “I better get in the car, so”. I had to re-do the show from scratch with an hour to go. It was manic. But a day or two later I listened to the ‘Second Captains’ tribute to Jack while I was driving home and it really caught me. Just to realise the joy the man brought to the country and the pride he instilled. For someone who was born the year of Italia 90, and whose grandfather was referred to as ‘Schillaci’, I don’t even have nostalgia for the time, it’s more like this envy for those who lived it. I’ve always wanted my own Italia 90 or Euro 88, but it’s hard to know if my generation will ever get it.

When I got my new job, I was fairly ecstatic. Unfortunately, I got it during the lockdown when there was no sport and no actual hours to be had, but I was fairly proud to get it. I’d spent almost four years trying to build a CV in sports media without any education or qualification and this was finally a vindication for the work. If it wasn’t for family standing behind me and supporting me, I don’t know where I’d be.

I don’t. My mother will hate seeing this printed in a paper – but I don’t any more. I would have held my faith for a number of years when I was younger, but not any longer. I understand the value and comfort people take from religion and I don’t have a negative view of it, but it isn’t for me.

I’m not great at going up ladders. Not a fear of heights to be clear. It’s specifically a ladder thing. I can do it, but I need to build up to it beforehand.

I’ve got a jersey signed by the 2009 Grand Slam winning (Irish rugby) team that I cherish. I can’t remember exactly how it came into the house, but needless to say it made its way into my room and has taken pride of place ever since.

I love the handier pace of life in a smaller city. I never enjoyed the hectic rat race way of life. Being able to leave work and be home – in the middle of nowhere – within 20 minutes is fantastic. Being able to head into town and almost every time, you meet someone that you know personally is great. I lived in Cork for a year or so, and when I’d be walking down the street, I’d be saluting strangers and nodding at people to not be rude. They clearly thought I was some mental culchie on for shopping.

In conversation with Ger Lawton