Fr Liam Power: Trump and Biden in battle for US Catholic vote 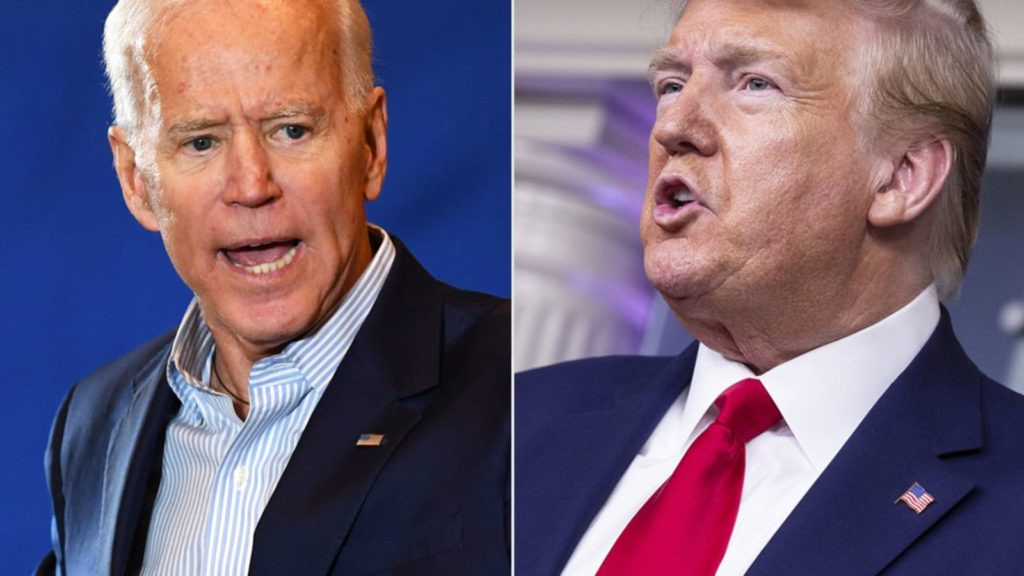 NOW that the Democratic and Republican parties have held their national conventions and the respective presidential candidates, Joe Biden and current incumbent of the presidency, Donald Trump, have formally accepted their nominations, the race for the White House is gathering momentum.

The election campaign, even though severely restricted because of health and safety regulations imposed because of Covid-19, promises to be as dramatic, as divisive, as bruising and as confrontational as ever.

Both candidates are heavily canvassing the Catholic vote. Analysts claim that Trump’s victory in 2016 was largely due to the Catholic and white evangelical vote. He won the Catholic vote by a margin of 52 to 45 against Democrat Hillary Clinton. The Catholic totals were necessary to prevail in the so-called swing states such as Ohio, Pennsylvania, and Michigan.

When first appraised of this, I thought it incredible. But then I realised that the most conservative members of the Catholic hierarchy in America actually urged Catholics in their dioceses to vote for Trump.

‘We must factor in the greed that tramples the poor and causes economic disparity, the militarism that is disproportionate and threatens international peace, the dismissal of the climate crisis and its threat to the planet (in effect, Trump policies).’

Because Trump was pro-life (he proclaimed that not just doctors but women who sought an abortion were to be punished criminally) and Hillary Clinton was a champion of women’s right to choose, bishops argued that it was wrong to vote for a candidate whose policies did not honour the acceptable line on abortion, same-sex marriage and contraception. If a Catholic supported Clinton they should refrain from presenting oneself for Holy Communion.

It appears that Catholic voters (together with white evangelical Christians) are again likely to play a disproportionate role in deciding the coming presidential election.

One would have thought that Joe Biden should be guaranteed the Catholic vote. He is a practising Catholic, regularly attending Sunday Mass with his wife Jill at St Joseph on the Brandywine Church in Greenville, Delaware. His parish priest, Msgr. Joseph Rebman, observed that “they arrive a little late and leave a bit early, just like a lot of Catholics”.

Biden professes to be deeply committed to Catholic social doctrine. In a recent article on Biden’s faith and how it influences his political life in The National Catholic Reporter, Biden said: “I grew up with Catholic social doctrine, which taught me that faith without works is dead, and you will know us by what we do;” but he laments that there is still much work to be done “to ensure that all men and women are not only created equal, but are treated equally.”

Other core principles of Catholic teaching such as the human dignity of all people and solidarity, especially with the poor and working class, shape his approach to economic policy and job security. He is fully supportive of Pope Francis’ doctrine of integral ecology.

During his campaign he announced a $2 trillion plan to combat climate change and environmental racism, “the most ambitious blueprint released by a major party nominee for president” according to The Washington Post.

But he is not Catholic enough for most of the American bishops and the ‘Alt-Catholic’ institutions such as EWTN and Church Militant.

Because of his stance on abortion, Biden’s Catholicism has been dismissed by some culture-warrior clergy and bishops as illegitimately Catholic. Biden says that he personally agrees with the teaching on the morality of abortion but as an office holder he must respect the law; (“I refuse to impose my belief on equally devout Christians and Muslims and Jews.”) Nor could he see a realistic prospect for a constitutional amendment which would lead to a ban on abortion.

The bishops argue that Biden is in effect cooperating with abortion and thus shares in the moral culpability. Catholics are complicit if they vote for him.

Opposing the bishops, I believe that politicians such as Biden who make a distinction between personal moral belief and their responsibilities as public officials are making a distinction which is valid. The judgement as to what is morally feasible in the public arena and especially as regards legislation is more complex than in the private.

Theologians such as Dr Pat Hannon argue that for legislators like Joe Biden, who are personally opposed to abortion, very often there is a proportionate reason which justifies a tacit or material cooperation.

In Biden’s case, his policies, if elected (e.g. affordable maternal health care, greater support for the deprived and marginalised) could lead to a significant reduction in the rate of abortions.

Others such as the more liberal minded bishop of San Diego, Robert McElroy, would justify Catholic support for Biden on the grounds that single-issue politics distorts the call to authentic discipleship. (In their national meeting last year, the conference of bishops voted that abortion is the “pre-eminent priority” of this moment and as such “overrides all other considerations in determining for whom we should vote.”). The distortion arises because of the fact that focusing exclusively on the abortion issue implies that other threats to life are ignored.

We must factor in the greed that tramples the poor and causes economic disparity, the militarism that is disproportionate and threatens international peace, the dismissal of the climate crisis and its threat to the planet (in effect, Trump policies).

Trump has also promoted a culture of exclusion and division that has poisoned people’s attitude towards immigrants and is destructive of goals of solidarity and compassion. The Christian is called to have a consistent life ethic and cannot ignore these issues.

Pope Francis emphasises the need for such consistency: “Equally sacred (to the lives of the unborn) however, are the lives of the poor, those already born, the destitute, the abandoned and the underprivileged…the victims of human trafficking and every form of rejection.”

Voting in a presidential election cannot be decided on a single-issue basis. It is much more complex and bishops must trust that Catholics will be fully informed on all issues and vote according to conscience.

Fr Liam Power: Christmas in a time of pandemic