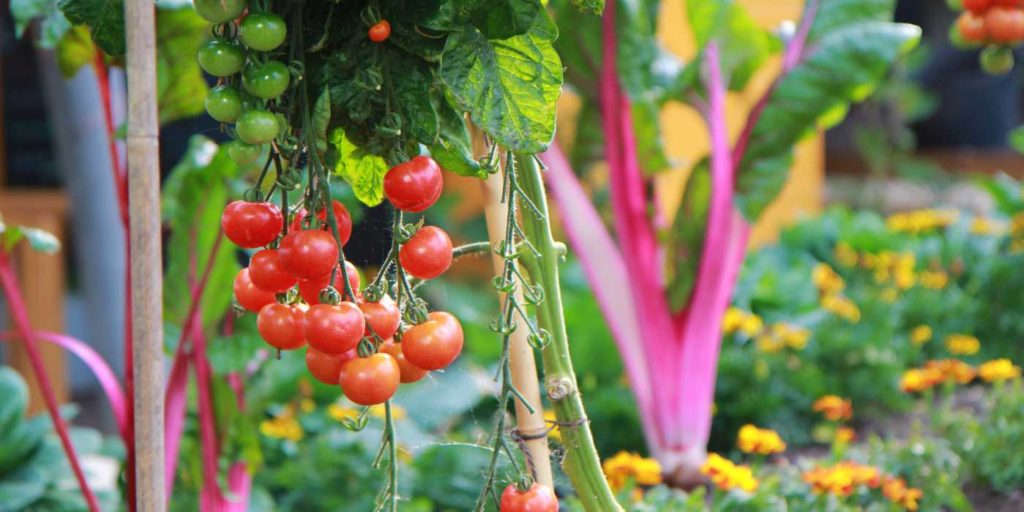 GROWING some tomatoes and having an apple tree in the garden is surprisingly high on the list of desirable edible plants to grow and, for many people, that is as far as it goes with growing some food crops.

Our relatively short growing season for vegetables has come to an end but it has brought great rewards and satisfaction to a huge following of people, including those who turned to this hobby for the first time because of the coronavirus. It is now the time to encourage the last few crops and also review and makes notes on the crops, so that plans can be made and adjusted for the following year.

It is important to make decisions on what to grow and base these on what you like to eat, what did well for you and your available space.

While shop bought tomatoes have the right colour and a long shelf life, they usually lack scent and taste and, therefore, when growing your own, make sure that you go for the sweetest varieties.

In our ground we grow a selection of varieties to give us colour and taste in cherry types and the normal sizes but we do not grow the beefsteak types as they do not produce many fruits.

The scope for what to grow is good, as you can plant two tomatoes in a bucket sized pot on a small balcony so the amount you choose depends on how much you like tomatoes. Some cherry varieties worth considering include ‘Sweet Baby’, ‘Sweet Aperitif’, ‘Rosella’ and ‘Sungold’ and for normal sized tomatoes ignore ‘Money Maker’ and go for ‘Fantasio’, ‘Tamina’, or the old traditional ‘Ailsa Craig’ or ‘Alicante’ – both tasty varieties.

While ‘Love Apples’ are a common name for tomatoes, we, on the other hand love apples and as the range of textures, smells, taste and harvesting times are so varied we have a large area devoted to them, including cooking apple varieties. I have long advocated growing at least one apple in your garden, even if it is instead of an ornamental tree as an apple tree has spring blossoms as good as any cherry and it produces fruit that you can eat later in the season.

You can “have your cake and eat it” if you want some cooking apples as any windfalls or unripe eating apples will do the same as a cooking variety, so go for an eating variety that is self fertile such as ‘Discovery’, ‘Elstar’, ‘Fiesta’, ‘Katy’ and ‘Sunset’. If, on the other hand, you have more space and you like apples as much as we do, then you can indulge your interest with a selection of varieties that can be harvested from the middle of August onwards until around March with late maturing types. There are many cooking varieties to choose from but, at the end of the day, the famous ‘Bramley’s Seedling’ is the best one to grow in this country and the fruit keeps well in storage.

I would not bother with early maturing cookers as windfalls and unripe eating varieties will cover that period and then you can dip into the ‘Bramley’ from December onwards.

After the recent storms the leaves have started to fall in earnest and it is worth sweeping them up and putting them into your compost heap or into black bags which are tied up when full. Both systems work and the leaves will break down into lovely compost for next season.

We are in the middle of the blackberry season and it is worth going out there and picking some to eat fresh or use in pies.

Continue to pick apples and pears and separate for storage and immediate use, while tomatoes and cucumbers need harvesting for the last gasp of decent crops during the month, after which it will tail downwards to nothing by the end of October.