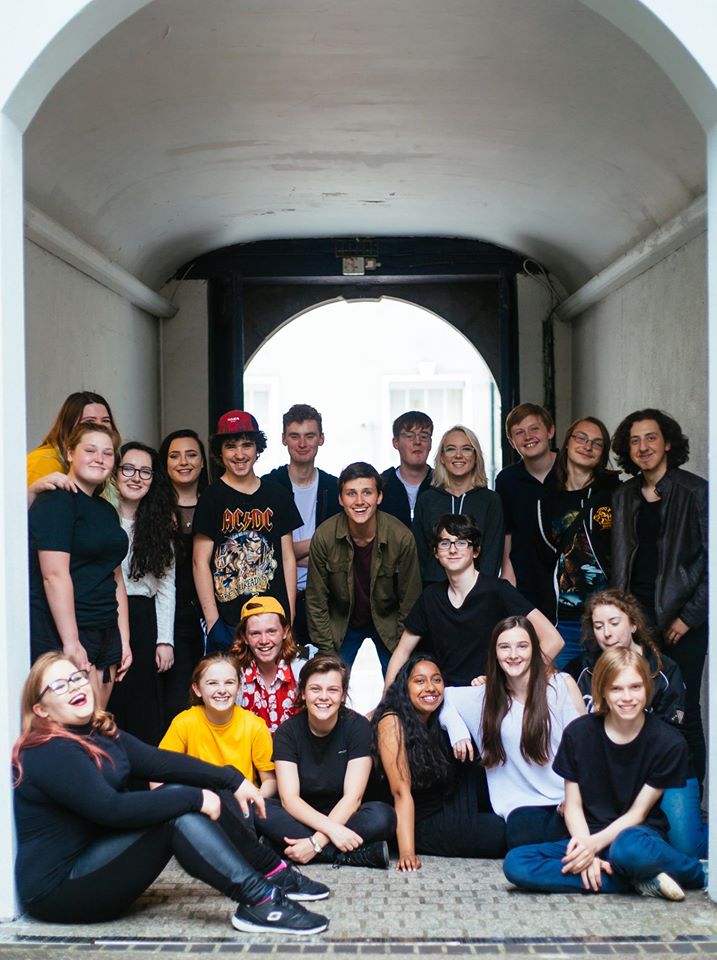 WITH enormous disappointment, Waterford Youth Arts were forced to announce the cancellation of their sold-out outdoor performances of Martina Collender’s ‘Stolen Time’ at Wyse Park, John’s Lane due to the recently revised public health restrictions.

After intense production over the last six weeks, the forced cancellation came as a massive disappointment to all the young people – cast, crew and production company – involved, having worked together so hard all summer long. However, WYA’s decision to cancel the outdoor performance was determined by their regard for the safety of their young cast and loyal audiences.

Nevertheless, in the best traditions of the theatre, the show went on in a live broadcast from Garter Lane on Thursday night last.

Re-imagining the performance as a film was no small task and WYA did the business in style.

‘Stolen Time’ from the pen of Waterford playwright Martina Collender is inspired by Yeats’s ‘Stolen Child’ and the play returns to that imagined space throughout. A banshee scream sets the tone for a play about death and the ‘once upon a time’ introduction from two carousel-barkers who connect with the audience throughout. Curiously their duologue frequently contradicts each other and introduces us to a world where there are no certainties.

‘Stolen Child’ brings us to the world of metatheatre – the play within the play – where artistic performance and real life meet and we find ourselves in a two-tiered illusion of drama and faery lore and where theatrical performance rescues the heroine.

In this case, Imogen is the flawed, depressed heroine that inspires more derision than sympathy. Friends tire of her beyond-needy demands and her inability to explain what her problem is in “a world more full of weeping than she can understand”. Her cast members tire of her and her scream for rescue bores. Referral to the health authorities leads her to a labyrinth of bureaucracy where tame solutions are offered for wicked problems and pathways to redemption are beyond reach.

The Faeries confront her about her purpose, her unquiet dreams, her truth. Yeats’ 1886 underworld of faery folk represents escape; a world where troubles end and dreams no longer collide with faeries beguiling a child to come away with them. Transition to the Celtic underworld, however can only come through death and this is where Collender’s script brings us – the dark and feared world of teen-suicide. It’s not a topic for the faint-hearted and the play warns of adult themes that are not suitable for a younger audience.

Conflict never ends in Martina’s world of ‘Stolen Time’. Imogen’s friends are frustrated with her fiery anger and the cast never tire of complaining about a script that is neither ready nor constant in performances that are sometimes too shouty. I can only imagine writer Martina Collender’s frustration at having to re-imagine a script that was written for Garter Lane, re-written for Wyse’s Park and now re-organised a third time for a live-streamed television audience.

As the play moves between real-time and imagined-time and between illusion and reality, a real-life intruder throws insults at the cast like grenades at a Tupperware Party. There are some real home-truths here. The Intruder questions the purpose of a theatre that does not result in redemption and dismisses the cast’s theatricality as no more than play-acting. What is theatre if not truth?

‘Stolen Time’ is a mix of drama, faery-lore, metatheatre and genuine concern for a real issue of today – teenage depression and suicide. Liam Meagher directs with patience and understanding and acting throughout is strong and passionate.