FOLLOWING the recent unveiling of Ardscoil na Mara’s 35,000 square foot extension, a call has been made to return the original Tramore CBS on St Otteran’s Terrace into use as a school once again.

Having closed in 2014 when Stella Maris and the CBS amalgamated to merge the Ardscoil, both buildings – the CBS Hall aside – have been derelict in the interim.

Councillor Eamon Quinlan (FF) confirmed that the recent planning application for housing on the former CBS site has been withdrawn, with no fresh applications expected in the near future.

The new County Development Plan, together with housing plans which have already been passed locally by the planning department, points to a population increase beyond what current school numbers can comfortably facilitate.

“We can’t turn a blind eye to the fact that Ardscoil na Mara is one of the largest schools in the entire region,” he said.

“We have placed all our eggs in one basket and asking them to continue on this upward trend will force many families’ children out of Tramore as spaces run out in future.”

With a population of 11,500, and given that Educate Together National School has not yet begun to send students to second level, Cllr Quinlan said of Tramore: “getting a new school in place is not a tomorrow project. It will take a lot of time and we are running out of time. The obvious choice is the now abandoned CBS site off St Otteran’s Terrace. It was a school at the heart of the town for many years that children could walk to and from. If the prefabs were removed there is a lot of space to build proper two-storey class rooms. You could put a 500 to 700 pupil school here if designed properly.”

Discussions are expected to take place shortly between the Department of Education, the City & County Council and Edmund Rice Schools Trust to establish the viability of a new secondary school in the area, on this site, and with a suitably available budget.

Educate Together NS is expected to transfer to the primary school on the Convent Hill side of the CBS site, with Glór na Mara’s new building currently underway across the road.

It’s believed the Council will take this into consideration when looking at the site, while additional sites are expected to be earmarked as potential school locations when preparing the new County Development Plan. 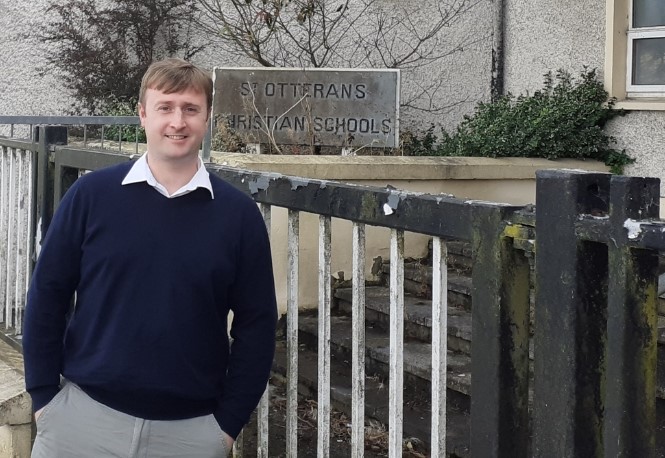