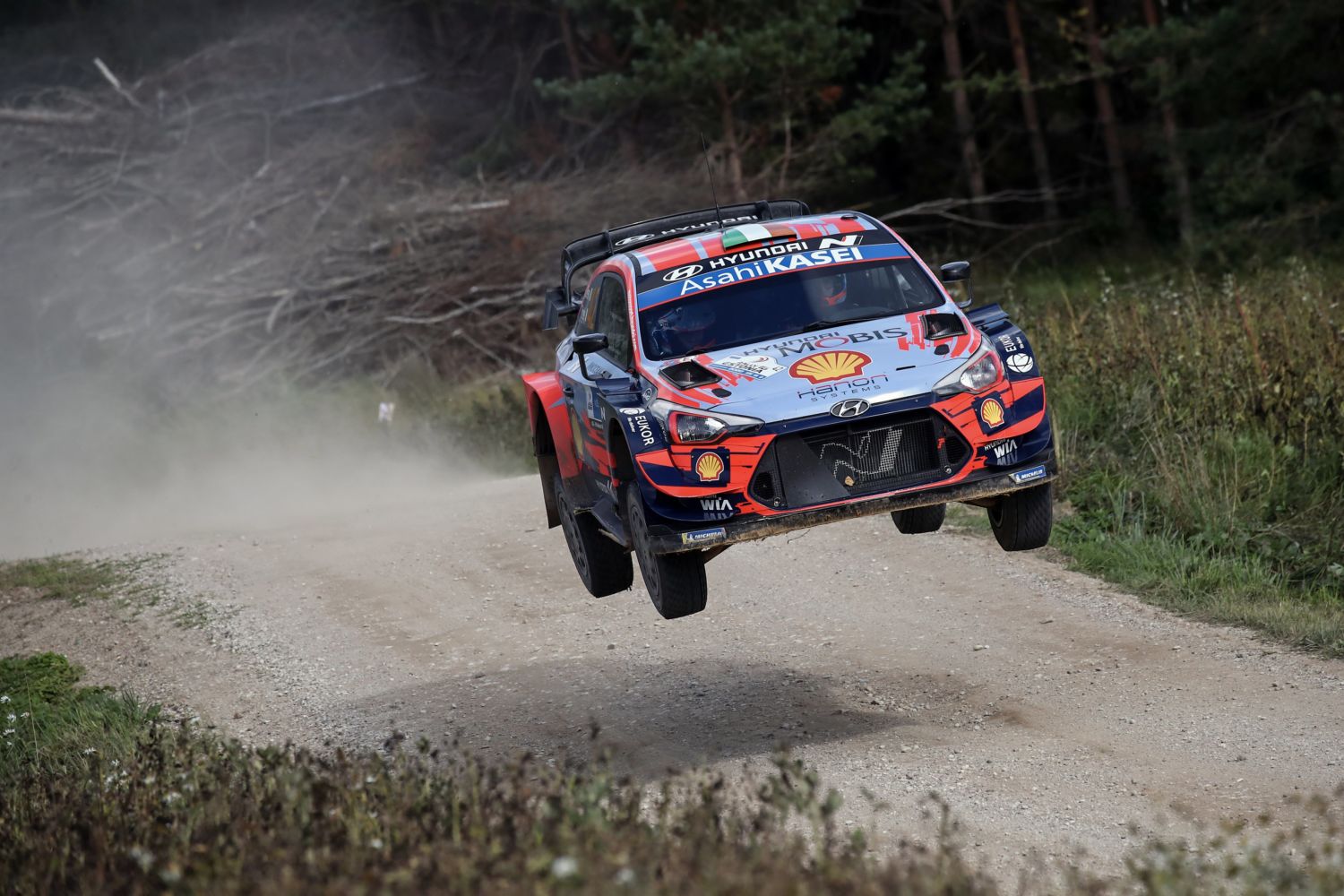 Waterford’s Craig Breen in action during this weekend’s WRC Rally of Estonia.

Waterford’s Craig Breen has today had his joint best finish ever on the World Rally Championship as he has finished second at the first ever Rally of Estonia.

Breen, in his Hyundai i20 Coupe, was hoping to become the first Irish winner of a Class 1 WRC rally and there was a chance when rally leader, Ott Tanak got into a bit of bother in one of the early stages but he survived to take his first rally win for Hyundai.

Two thirds and two fourths were enough for Breen to make it a Hyundai one-two and keep World Championship leader Sebastien Ogier back in third.

In the end Craig finished 22.2 seconds behind Tankak and 4.7 seconds ahead of Ogier in a brilliant performance by Ferrybank man.

It was his third WRC podium finish having also finished second at the Rally of Sweden in February of 2018 and third at the 2016 Rally of Finland.

It was Craig’s first World Rally drive since Rally Sweden and since the return of rallying since the lockdown he has been competing, with success, in the European Rally Championship.

Craig will be hoping that he gets the nod to keep his place in the Hyundai team for Rally Turkey in two weeks time.

Craig took to Twitter after the finish of the rally to say, “Incredible! I have to thank everyone who made this weekend happen, the man beside me, Paul has done an incredible job, the car has given me so much confidence. I haven’t forgotten how to do it and I can’t wait to do it more and more!”