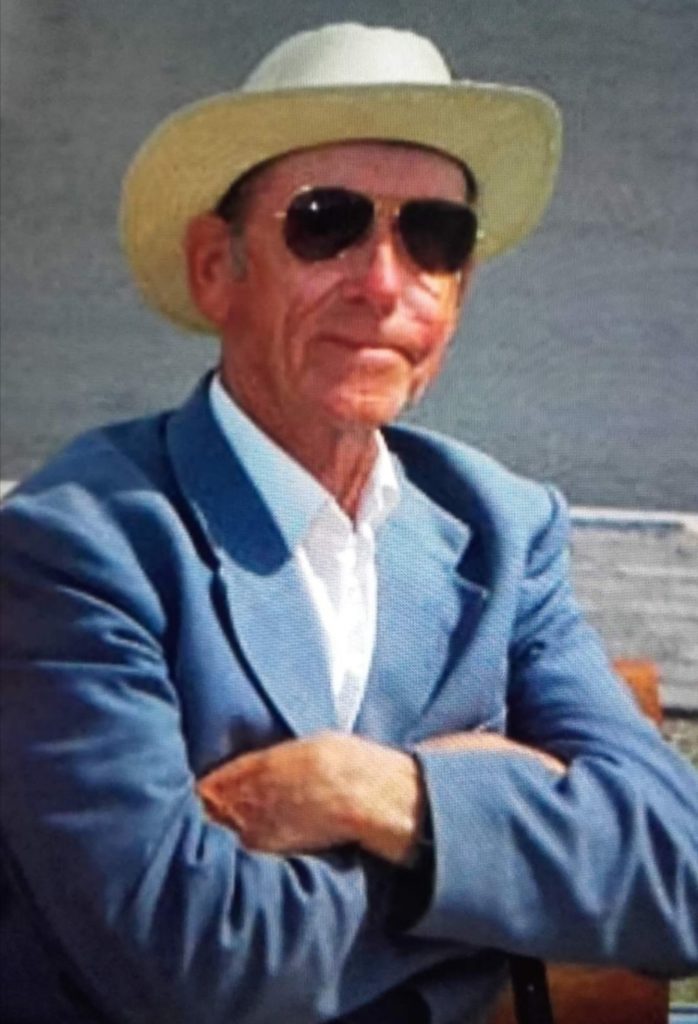 DOC MORRISSEY, born on June 17 1935, might have hailed from Carroll’s Cross but he’ll be forever remembered as a Portlaw institution.

The sad news of his death, which has circulated throughout the Tannery Town and beyond this morning, feels like the end of an era for he was the last surviving member of a septet of bachelor brothers who all lived together in their home on William Street.

The seventh son of a seventh son, Doc, whose Requiem Mass will be held at St Patrick’s Church at 11am on Wednesday morning, had his own reserved perch on a bench at the end of William Street, overseeing all visitors who crossed the bridge to enter the village. One of his fellow bench side regulars, John ‘Chemist’ Nolan, died in July. To enter Portlaw without either man sat there observing all and sundry is going to take some getting used to. “Another legend gone,” as neighbour Mary Walsh put it this morning. “Not many left now.”

Doc used to do a few jobs for my Grandmother Kit Keyes in Curraghmore after my Grandad Jimmy died in 1988. Doc kept the laurel hedge running either side of Ivy Cottage in good order and always popped in for a chat with Granny before and after the job was done. Tea was made, stories were shared and, on occasion, something a little stronger might be doled out to Doc. Doc’s face was a map of the world. He never veered too far away from the River Clodiagh but he held court with the captains of many pursuits and professions for decades.

Doc’s working life was mainly spent inside the walls of Curraghmore Estate; heaven knows how many miles he walked between William Street and the ‘big house’ over the years. And to have sat in the sitting room of the house Doc shared with his brothers was one of the great formative educations any son or daughter of Portlaw could receive. 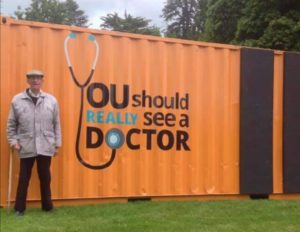 Doc, pictured in Curraghmore Estate along an aptly titled container which promoted an RTE series.

My late father Johnny was among the many frequent callers to the Morrisseys and my younger brother and I joined him in William Street one night; I was 10 or 11 at the time.

My stomach ached from the giggling and I can recall my father’s wonderful hearty laugh in their sitting room echoing down the decades to this sad morning. My brother and I are the only people from that gathering still alive – and that does give pause for thought.

The Portlaw I visit now is not the one I grew up in; no place can stay the same forever or be permanently populated by the local luminaries and characters we had such affection for: Doc and his brothers, Blackie and Jody Keane and Chemist of course, to name but a few.

They all sprang to mind this morning, as indeed did my Dad, a force of nature who is never too far from my thoughts on any given day.

When an elder dies in Portlaw, those of their generation gone before them flash upon the inward eye of all locals as sure as the Clodiagh flows out of the village and into the Suir. Another page has turned with news of Doc Morrissey’s death. Another chapter in our social history has concluded.

Doc went international when he featured in Turtle Bunbury’s ‘Vanishing Ireland’ series (2009), photographed at the end of the bar in the Pig & Whistle (O’Neill’s Pub) on Main Street, his cap firmly affixed and walking stick sternly gripped. 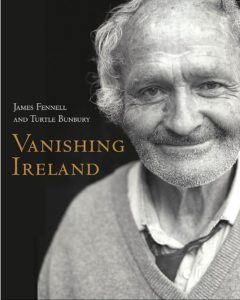 Doc’s story and that of his brothers was catalogued in the ‘Vanishing Ireland’ series.

“The Morrisseys are one of the kindest, gentlest clans you could possibly meet,” wrote Bunbury. “They enjoy fishing, walking, music, nature and a healthy dollop of craic. They are loyal friends and excellent listeners. When I entered their house, three of the brothers were drinking tea and watching a black-and-white war movie. They leapt to their feet at the sight of a stranger and insisted I take their seat and partake of a cup and a sandwich. The television remained on. Along the mantelpiece were various photographs – the Pope, JFK and miscellaneous children of Lord Waterford. I listened to the brothers discussing rashes that couldn’t be cured, contenders in an upcoming point-to-point and an old man who used to collect racing pigeons.”

Of his youngest brother ,Tommy (then aged 76) said: “The Doctor would be the most adventurous of us all.”

The man himself told the author: “There’ll never be another Doc”, a line refrained by each of the brothers during the hour or so Bunbury and photographer Richard Fennell spent with the Morrisseys 11 years ago. How right they all were. Rest easy now, old stock. The village will miss you.