PHOENIX: Where now for Urbs Intacta? 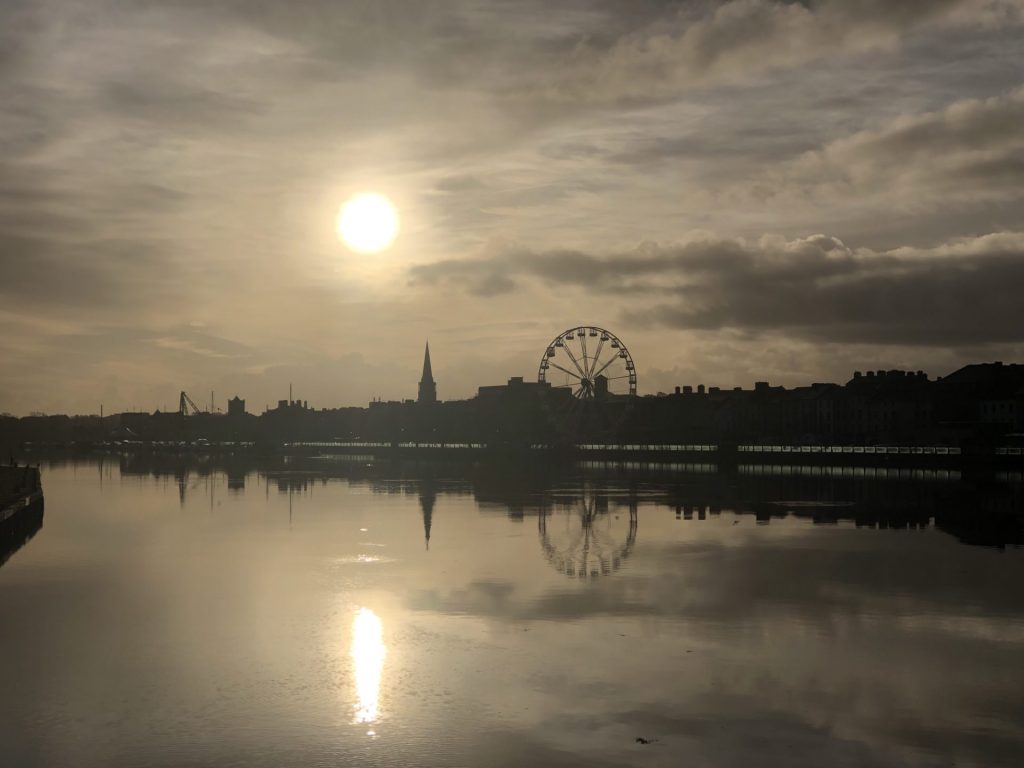 SUMMER has been and gone. The “hard work in the constituencies” is over as our TDs filter back to Dublin. So what does the second half of 2020 hold for Waterford and its traditionally vicious relationship to national politics?

Posters of Micheál Martin and his local stand in are appearing across Waterford. You might be forgiven for thinking there was an election in the air. But no, business people across Waterford are just reminding him and Mary Butler of their promise to deliver 24/7 cardiac care. Fear not, good people of Waterford, the money is ringfenced! The prospect of an autumn election has become a little more remote. Indeed, Micheál Martin was only half Taoiseach when he visited Áras an Uachtaráin, he was really confirmed as Taoiseach by the debauchery at the Station House Hotel in Clifden. As the “honest as the day is long” Phil Hogan begged for mercy and found that none was forthcoming, Fine Gael got a rude insight into the mood of the plain people of Ireland.

It is now clear that Leo erred in accelerating the post Covid 19 reopening, hanging the mission accomplished bunting out a little prematurely. Summer was brief. Rightly or wrongly voters also suspect the bold Leo was actively sabotaging his own new Government. If Fianna Fáil lay claim to safely getting the schools open and make a good fist of the leaving certificate, Fine Gael look more likely to settle in for the full five years.

‘Normally the week before school returns is a frantic time for the city centre, bickering over parking, queues for new shoes and school books. Not this year. WIT shuttering the campus for the year is a €300 to €500m hit to the city economy’

The Greens stumbled into the Dáil recess in disarray. The innocent commune of hippy, do-gooders and tree huggers have been turning on each other since they did a deal with the devils of Fine Gael and Fianna Fáil. Once those that are going, finally go, and the moderates who can stomach power settle down, the Greens are in for the long haul. The Greens, Fine Gael and Fianna Fáil’s fortunes are now linked in power. Short of a political accident it is unlikely that there will be an election in the near future.

Over the summer there was a rumour in political circles suggesting a Waterford poll forecast two Sinn Féin, one Fine Gael on the basis that they just run one candidate and a scrap for the last seat between independent Matt Shanahan and Mary Butler. Poor Marc Ó Cathasaigh would be back in his Tramore classroom in that scenario. With Senator John Cummins in quarantine for the next few months it would now be unlikely that he would be on the ticket if an autumn election arose. Only David Cullinane can be confident of another stint up the M9.

Waterford is now at peak anger. Having almost drummed every Government TD out of office in 2011, 2016 and again in 2020, in keeping with the tradition of deep electoral dissatisfaction established in the 1980s, will the political fortune of Government TDs finally turn? Forgive me for grabbing at straws, but Minister Mary Butler met the Waterford Chamber of Commerce last week. Huzzah. Perhaps she has some sense of her job after all? I do hope new Chamber President Danette Connolly and Paul Nolan laid it on thick. Yet even as it has taken three picks to fill the Department of Agriculture wellies in recent times, Ms Butler has moved no nearer a senior ministry.

Meanwhile, town is dead boy and vacancy rates are growing as Covid economic depredation spreads its wings. Normally the week before school returns is a frantic time for the city centre, bickering over parking, queues for new shoes and school books. Not this year. WIT shuttering the campus for the year according to WIT president Willie Donnelly is a €300 to €500m hit to the city economy. We may argue about the figures but no one is arguing about the impact of the hit. Waterford went into this pandemic in a weakened state following a decade of Fine Gael kicking and is fighting for its economic life.

There are massive risks now for Waterford. With WIT’s missing 9,000 students and Census 2021 looming, the population of Waterford might drop below the 50,000 needed to retain city status. A boundary extension would have made that less likely, but you know that FG’s Simon Coveney believes that Boundary Commission recommendations for Waterford are “only advisory” anyway.

Unless they apply to Cork, whose boundary extension is in place just in time to have its extended population base counted in 2021. Iarnród Eireann has announced plans to extend the Dublin Dart to Drogheda which will more fully integrate that town into the Dublin pale. Drogheda is already at 46,000 people, just behind Waterford. After next census are we likely to wake up to the fact that the County Louth town is bigger than Waterford? They have 24 high speed rail connections daily to the capital and are housing many of Dublin’s overspill, those who cannot afford Dublin prices. Waterford must compete with this growth having been denied the necessary tools to do so and having confidence in its remaining regional role in health and third level education destroyed by Fine Gael in the past decade of destruction. Leo Varadkar loved us all right. Didn’t he tell us we won’t be overlooked or forgotten?

In the current technological university debacle the guts of WIT could be ripped out and spread around Kilkenny and Wexford. In doing this it would follow the hospital group model with facilities and mediocrity everywhere and excellence nowhere. The North Quays might be parked again as it comes to cabinet in the coming weeks. Either way, the developer has threatened to walk so often over Government foot dragging it is hard to see it ever coming off.

The second cath lab, inching slowly since September 2018 towards a four or five month long deliberately delayed and hyper extended tender process, is an insult to the intelligence of all right thinking and fair minded people. Fine Gael ministers dragged the arse out of it and now FF’s Stephen Donnelly claims that he has no responsibility for the “push back” against it from officials and civil servants in our chronically toxic health system, but is prepared to ask for a report on why a tender for UHW can take at least five months while a similar tender for St Vincent’s hospital took four weeks? Is he not the Minister for Health?

Anyone reading national papers about a month ago will have seen a tame Kildare/Trinity College GP voice the despicably ignorant opinion that the existing cath lab, “as a small unit” should be closed and the second one not built even though UHW cardiology procedure figures are up there with the best. The same deliberate shite has emanated from various talking head academics in other Dublin universities, all pushing undeclared medical/political/academic agendas against the development of cardiology services in UHW. Academic medical politics has become the actual enemy and is an obstacle to a properly functioning acute medical service in Ireland. We are as far as ever away from 24/7 cardiac care, let alone a hospital group, university, or a functioning commercial airport.

Marc Ó Cathasaigh and Matt Shanahan are also running out of political road. Marc is now the Green Party’s Whip. He backed Eamonn Ryan for leader and negotiated the programme for Government. His wide-eyed, innocent, “I’m learning the ropes in sleazy Dublin” act has already worn thin. If he fails to turn up for Waterford he may well take down MEP Grace O’Sullivan as the Green brand turns toxic in Waterford. A few cycle lanes and widened footpaths will not butter our parsnips. Matt Shanahan has been hanging around looking for comfort for months now, with little other option. If he votes for this Government’s budget he will need to have brought home something tangible. David Cullinane is sitting pretty, only because he is currently utterly irrelevant to the Government of Ireland. All he can do is criticise and he is a brilliant criticiser. Waterford faces one of the most difficult years in its 1100 year existence and waits, and waits, and waits…