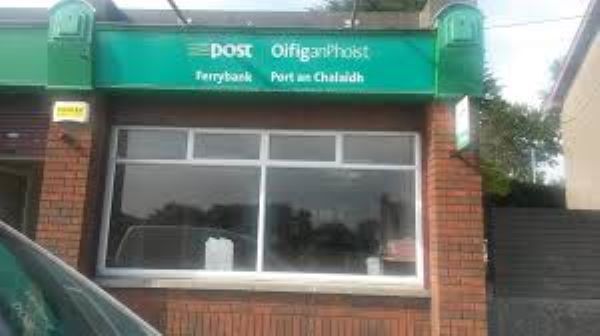 FERRYBANK Post Office announced a further week’s closure due to the presence of Covid-19 amongst its staff yesterday (Monday). There are now concerns that a possible cluster has developed amongst staff members.

On Monday, August 31, the closure was announced due to what was deemed unforeseen circumstances. Clarity was offered last Thursday, September 3, when in a statement on their Facebook page, Ferrybank Post Office said: “We would like to inform our customers that due to a member of staff testing positive for coronavirus we will remain closed for the remainder of this week.”

A further update was announced yesterday, September 7, where Ferrybank Post Office revealed they would not be re-opening for a further week. In their statement, they said, “Unfortunately due to our staff either contracting coronavirus or being a close contact of a confirmed case we are unable to reopen until Monday, 14th September.”

When asked about the possibility of a cluster of Covid cases in Ferrybank Post Office, a spokesperson from An Post was unable to comment. However, they moved to reassure the public that they are working on re-opening as soon as possible, and in the meantime, all business would be handled in the GPO on the Quay.

In a statement to this newspaper, a spokesperson said, “we will try to get the office back up and running as soon as possible but at this stage cannot speculate on when that might be.”

It is worth noting that those living in Ferrybank would be filed under Kilkenny figures of positive Covid cases, as opposed to Waterford Covid figures.

While it is believed that family members of a confirmed case in the post office are attending Abbey Community College, Principal, Michelle Jefford, was unable to comment on individual cases on Monday evening.

She said: “We have had no official correspondence yet from health officials on any such cases. Although this is our first day opening, we see lots of vigilance amongst parents who are very aware of coughs and signs and making the safe choices.”

Meanwhile, across Waterford, there are increasing concerns developing among parents questioning the method of isolating a suspected case, while allowing a school to remain open.

In general, the health guidelines for schools is to isolate the suspected case in the building, contact the family, and the child should then remain at home.