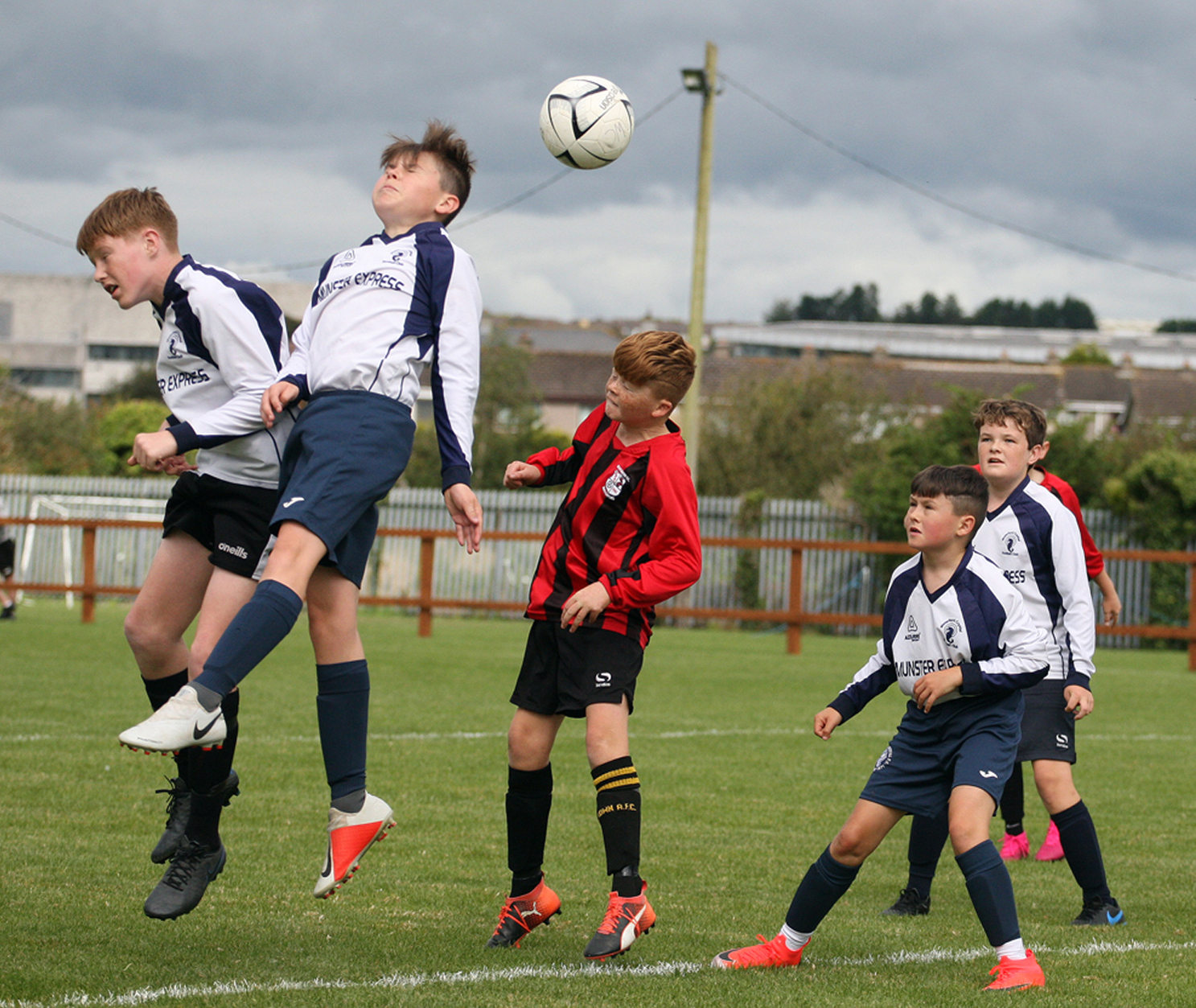 The Waterford Schoolboy League will return on September 19 and here’s who your team will be playing during the 2020/21 season. Photo: Paul Elliott.

The countdown clock to the beginning of the Waterford Schoolboy League season continues to tick in the right direction with the news that the 2020/21 season is still on course to get underway on Saturday, September 19, after the league structures were revealed this week.

After over six months without underage football, the league committee have met in the past week to put together the leagues for the new season with 169 teams entered at the time of going to print from Under 11 to Under 16 level.

There’s no doubting that there is much excitement ahead of the start of the season, but the league committee are still wary of how things will operate considering that the games are still expected to be played behind closed doors for the time-being under Covid-19 guidelines.

With new Public Health advice set to be issued by NPHET in the coming weeks, the Waterford Schoolboy League committee are still adamant that the current situation will continued to be monitored before the season gets underway in a fortnight.

At this present time, it’s all systems go for the new campaign for the 21 leagues across the respective age groups with the competitive games set to be played at Under 12-16 with four divisions in the Under 12 and 13 leagues.  In a disappointing development, Johnville will not be represented in the league this year.

With the league fixtures set to be announced in the next week or so, the registration of players under rule can begin from Tuesday, September 8 where no team can start the season unless all forms are with league secretary Pat Kelly prior to the start date on September 12.

It has also been confirmed by the league secretary in correspondence to all club secretaries that the league have been advised by the referees that each team will be required to fill in a separate match card for every game with Kelly also stating that it’s “vital” that all the correct procedures are in place before September 12.

U11A: Ballinroad A, Bohemians A, Carrick A, Ferrybank A, Southend, Tramore A, Villa A, W Crystal A

U11C: Abbeyside, Ballinroad B, Ballyduff, Bohemians B, Seaview Celtic, Tramore B, Villa B, W Crystal B

U12A: Bohemians A, Carrick, Dungarvan A, Ferrybank, Southend, Tramore A, Villa A, W Crystal A

U12B: Ballinroad A, Bohemians B, De La Salle, Kilmacow, Mooncoin A, Park Rangers A, Piltown A, Tramore B

U13A: Bohemians A, Carrick A, Dungarvan A, Ferrybank, Southend, Tramore A, Villa A, W Crystal A

U13B: Ballinroad A, Bohemians B, Carrick, Park Rangers A, Piltown A, Portlaw, Villa B

U14A: Ballinroad, Bohemians A, Carrick, Dungarvan A, Ferrybank A, Park Rangers A, Piltown A, Southend, Tramore A, Villa A

U15A: Bohemians A, Carrick A, Dungarvan, Ferrybank A, Piltown A, Southend, Tramore A, Villa A

U16A: Bohemians A, Carrick, Dungarvan, Southend, Tramore A, Villa A