Varadkar: Debenhams will get statutory redundancy, more would be beyond law 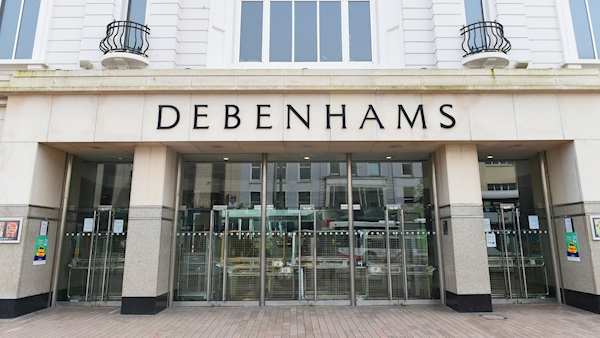 The Debenhams workers will get statutory redundancy, their unpaid wages and their unpaid annual leave, but that is all, the Tánaiste and Minister for Enterprise, Trade and Employment Leo Varadkar has said.

To do more than that would be beyond the law, he told RTÉ radio’s Morning Ireland.

“I do think the Debenhams workers have been very badly treated by their employer throughout this process, this is an insolvency though, what normally happens in insolvency when a company is gone, when a company is liquidated, what it has lots of debts and very few assets, is the workers get statutory redundancy and there’s very rarely, if ever, any extra money to pay for more so what Government will do is step in if needs be, this is already happening to make sure that those workers get their two weeks of statutory redundancy.”

Mr Varadkar said there were “one or two unhelpful narratives” around the Debenhams dispute, the first was the suggestion that “so called tactical insolvencies are not illegal in Ireland – and they are. This is not a tactical insolvency, it is a real insolvency.”

The Tánaiste also pointed out that the Duffy-Cahill report (which arose following the closure of Clerys) did not apply in this case as the Clerys situation was very different. “In Clery’s there was an asset, there was a valuable building on O’Connell Street and as a consequence the owners of that asset were able to give extra money to the staff who were laid off.

“That won’t arise in this scenario, there is no asset, what was also proposed in Duffy-Cahill is that collective agreements would get preferential creditor status so would have a similar status to money owed to the Revenue, to local authorities, money owed in unpaid wages, but the money has to be there. The money isn’t there on this occasion. And that’s the difficulty.”

Mr Varadkar said that “when a company goes bust there are a lot of creditors including the Revenue Commissioners, including the local authority, including lots of businesses, very few of them will get much of the money they’re owed.”