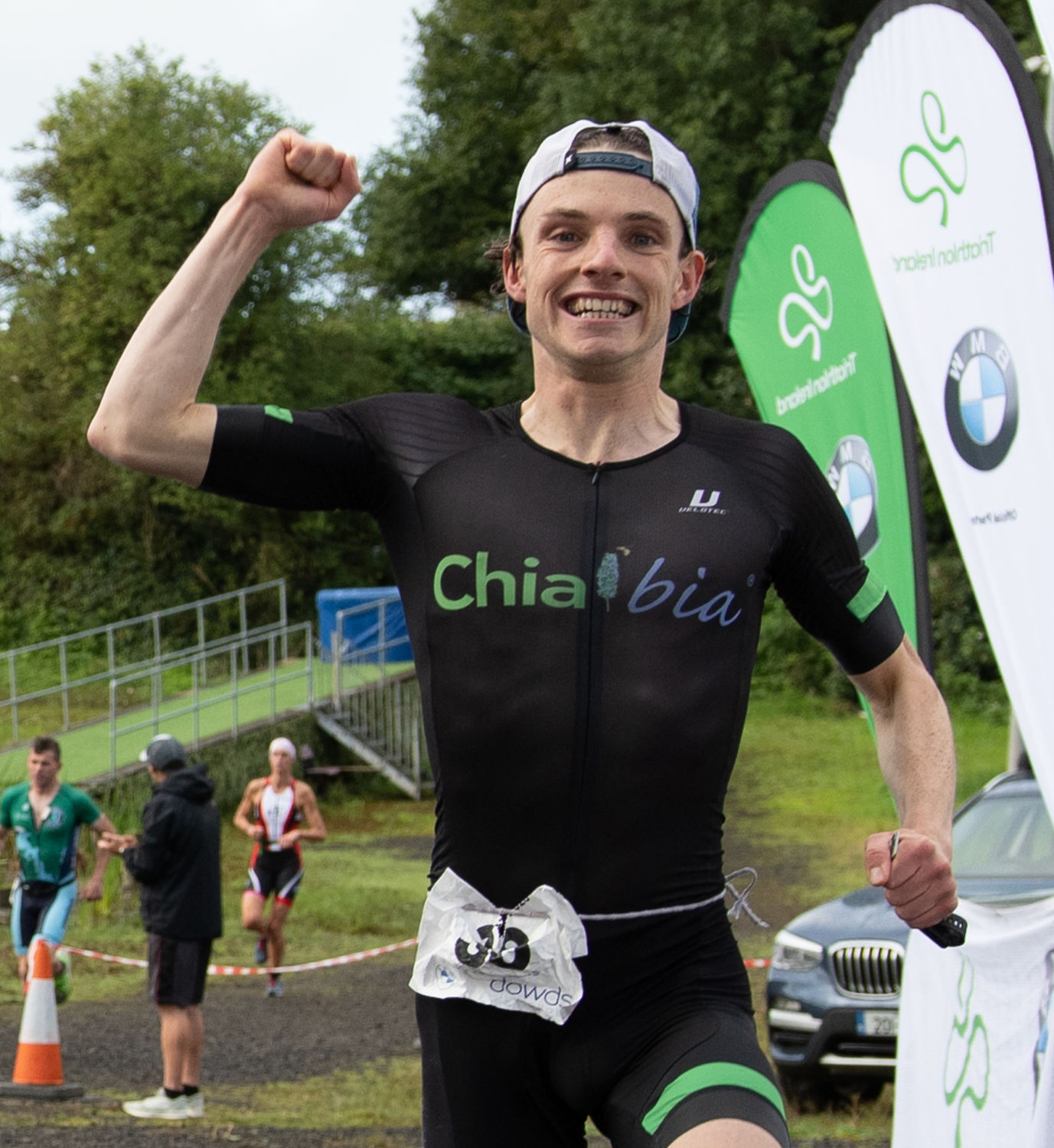 The course consisted of a 1,000m swim in Lake Kilrea straight into Transition, on with the runners and out onto the 5km run course. Over 100 athletes took to the start line for the chilly 9am start.

It was deep water start with athletes treading water behind the starting rope. The horn sounded, up went the rope the start line turned into a washing machine of bodies fighting for position and space as they swam towards the first buoy. Jackson made a good start and succeeded in gaining a slight lead giving himself some valuable clear water ahead.

At the halfway mark at 500m Jackson and four others had split away from the main pack by 10 seconds and were seeking to push on to gain advantage on the run. At the 750m mark Jackson turned up the pace and split the small group leaving him with Clare triathlete Darragh O’Neill on his tail. 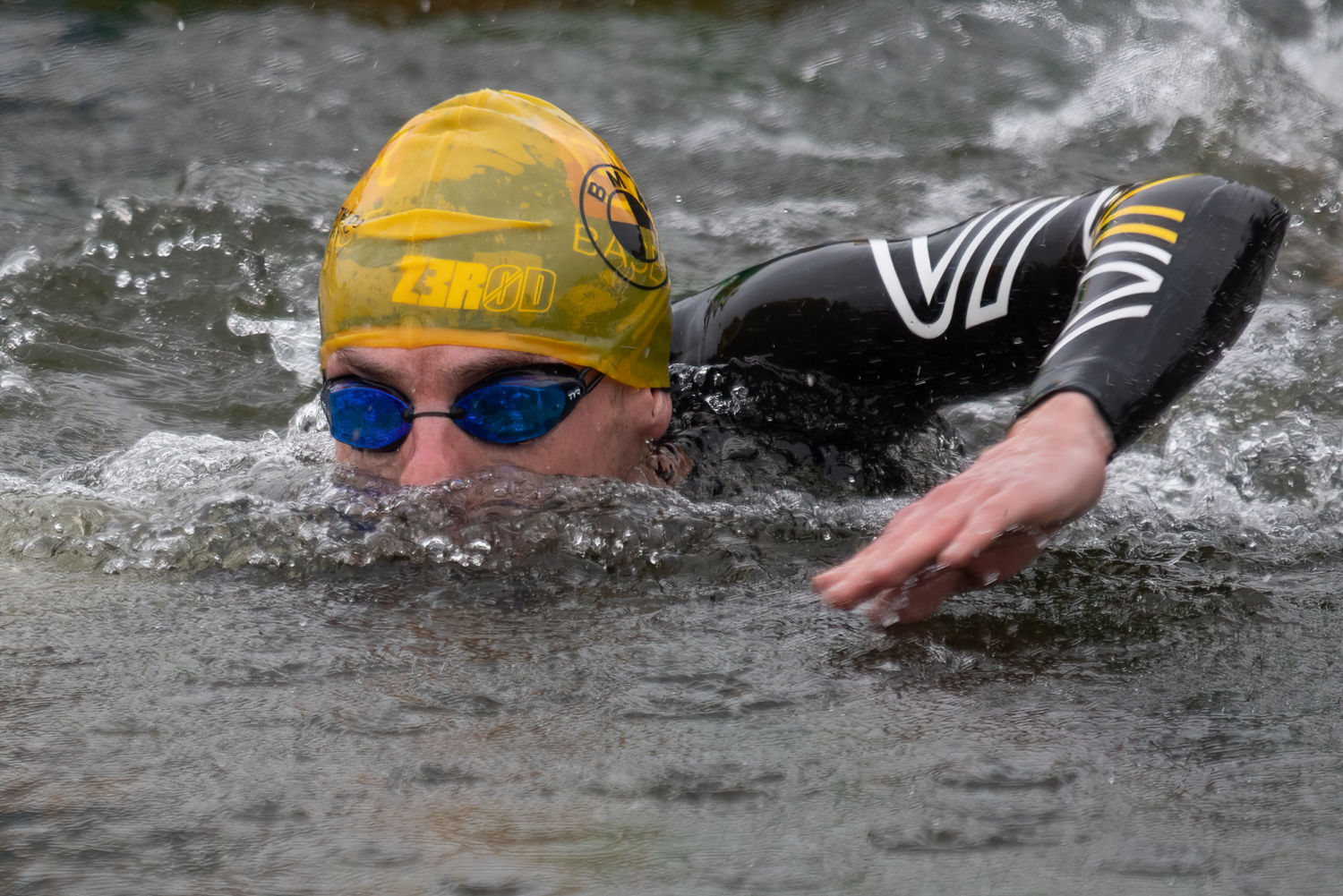 Kieran Jackson during the swim in County Derry.

Both exited the water together some 20 seconds ahead of the chase group and sprinted to transition. A small glitch getting off the wetsuit possibly due to rustiness and lack of racing saw Jackson lose five seconds in transition and O’Neill opened up a gap of 20m on the Waterford Triathlon Club athlete. But by 150m Jackson had run him down and opened up a gap. From then he showed his superior running speed and by lap two of the five one kilometre laps Jackson had moved 20 seconds ahead and extended his lead over the next three laps to win by over a minute and 40 seconds from Clare Triathlete Sabian Kulcznski in second place and Niall Cornyn from Meath in third place. Jackson said afterwards “it was strange going into a race and not knowing how everyone’s form was including myself. I’ve been training hard but the pools were closed for months and without a race it’s hard to judge what level you’re at.”

Kieran Jackson is also the current Irish Men’s Sprint Distance Triathlon champion and was hoping to defend his title on home soil in Dunmore East later this month that has been cancelled due to Covid restrictions. Next up for Jackson is the National Duathlon (Run, Bike, Run) Championship in Punchestown, Naas, Co. Kildare on the 11th October where he’ll be attempting to take another national title!