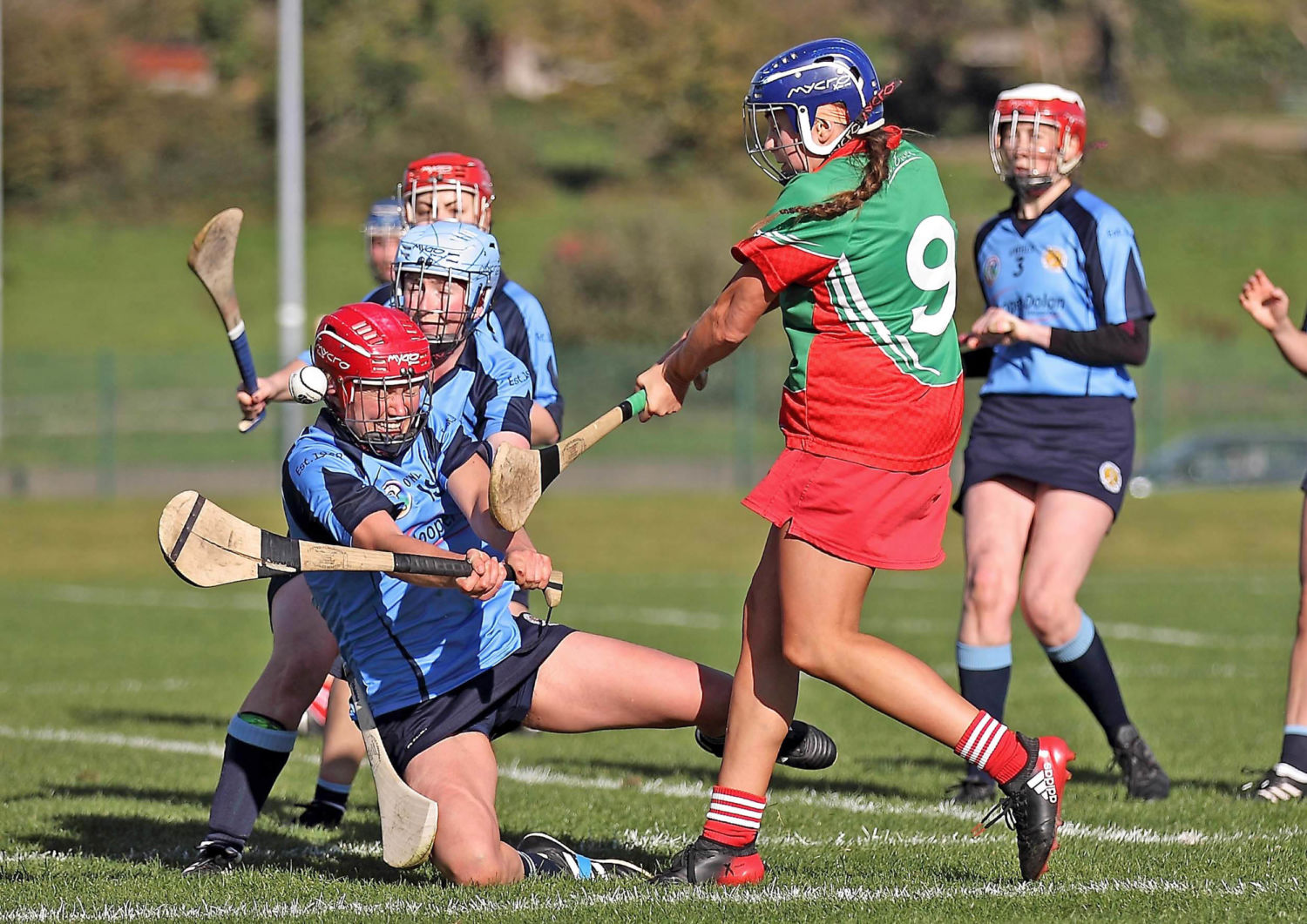 Saturday’s senior camogie showpiece promises to be a clash of styles on the lush green grass of Walsh Park.

It’s the third year in a row that these sides will meet in a big knockout battle. The blue and navy have emerged victorious in the last two semi final encounters. The 2018 game, which finished 1-10 to 0-10, turned on a fortuitous Shauna Fitzgerald goal and an amazing act of bravery from Áine Lyng. In the last minute, Lyng threw herself in front of a Niamh Rockett rocket. Did she get a belt of the hurley or a belt of the sliotar? “A bit of both! I had the mark of the ball on my neck. When you look back at that picture you also see Emma Hannon about to throw herself in front of it as well. You just put your body in front of the ball when needs be.” Last year’s semi final was settled after just six minutes as Aoife Fitzgerald, Annie Fitzgerald and Emer Walsh all found the net. 3-1 to 0-0. Game over.

Sunday, March 1 was the date that Gailltír climbed the steps of the Hogan Stand after that late, late show against St Rynaghs. The team were due to receive their medals a couple of weeks later but Covid-19 put a stop to mass gatherings.

UP TO YOUNGER BRIGADE

They lined out with eleven of the All Ireland team in last weekend’s semi final. The absence of captain Áine Lyng as well as Margo Heffernan and Patricia Jackman means that it’s up to the young brigade to show the way. Clodagh Carroll is a commanding centre back, Kate Lynch and Shauna Fitzgerald bring high energy at midfield while Annie and Aoife Fitzgerald are two of the top finishers in the county. Anne Corcoran and Ciara O’Sullivan can also do damage on the scoreboard.

2012 was the last time the cup returned to St Annes. It came in the middle of a fierce rivalry with Lismore. They lost the next three to the black and amber. Marquee players Karen Kelly, Jennie Simpson, Charlotte Raher, Mairead Murphy and Zoe O’Donoghue have all moved on since.

Niamh Rockett was part of that 2012 success and is now the leader of the pack for both club and county. The back to back All Star nominee is in the prime of her career. Rocky stepped up to the plate again in the semi final with ten points (five in each half) and two assists. They have plenty of artillery elsewhere in the forward division in Ciara Sheahan, Becky Kavanagh and Roisin Kirwan.

Inter county team mates will come face to face all over the field. Déise defender Sibéal Harney may stick to Annie Fitzgerald if she drifts out to centre forward. That job could also fall to Roisin Dunphy who stalked Beth Carton during the second half of the semi final. The midfield battle will see Claire Whyte and Clare Murphy come up against Kate Lynch and Shauna Fitzgerald.

Both teams are unbeaten in the 2020 championship. Gailltír got the better of Lismore, De La Salle and Tramore while St Annes accounted for Tramore, Cappoquin and De La Salle. St Annes will want to make it a war like it was two years ago. The goal getting ability of the Gailltír forwards can complete the three in a row however.

A BIG DAY OF ACTION

The quality is not just limited to the main event.

Earlier in the afternoon, Western rivals An Rinn and Dungarvan will do battle for intermediate silverware. An Rinn can call on county panellists Fiona Morrissey, Áine Ní Chrotaigh and Aoife Landers as well as Waterford ladies goalkeepers Kelly Moroney and Katie Hannon. Dungarvan, champions in 2018, will look to Orla Hickey, Kaiesha Tobin and Sarah Lacey for inspiration. Both sides squeezed through tight semi finals. An Rinn beat Modeligo 3-8 to 2-9 while Dungarvan defeated Ferrybank 4-17 to 2-18 after extra time.

The junior final between Brickey Rangers and Abbeyside starts the triple bill at 12. Brickeys beat Tallow 1-13 to 0-4 in the semis while Abbeyside pipped Portlaw 4-9 to 3-11. It’s the first year that Abbeyside have entered an adult camogie team.