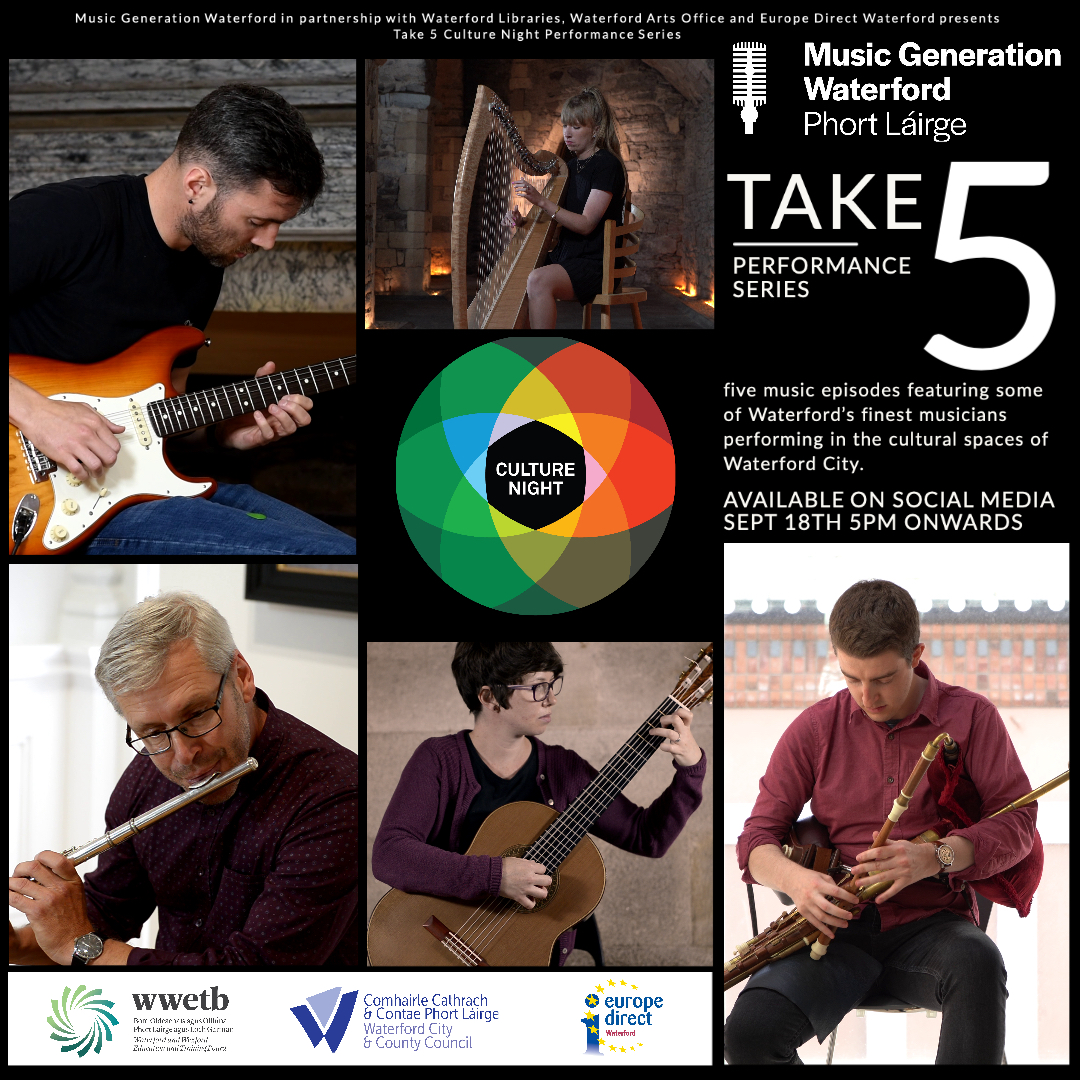 Take 5 Culture Night  involves a series of short performances including interviews and performances from some of Waterford’s finest local musicians filmed in the unique cultural spaces of Waterford City.

The organisers are urging the public to take some time out each half hour from 5pm onwards to rest and refresh the mind, and enjoy meeting and hearing music from some of Waterford’s local musicians.

Featuring music performances from Danny Pullman and Dylan Bible on the saxophone, flute and guitar, Darragh O’Connor on the electric guitar, Jennifer Hartery playing the classical guitar, Jill Devlin performing with a traditional harp and Kieran Joy on the uilleann pipes the series was recorded in Waterford Central Library, Waterford Gallery of Art and Waterford Medieval Museum.

Culture Night at the Theatre Royal

Meanwhile, you can also celebrate Culture Night in ‘technicolor’ at Theatre Royal Waterford with “Queen of Technicolor”, The Story of Maureen O’ Hara.

Written and performed by Elaine O’ Dwyer and directed by Gráinne Byrne, this one-woman show marks the centenary of legendary Irish actress Maureen O’ Hara, who was born in 1920. Star of Hollywood’s Golden Age and dubbed the ‘Queen of Technicolor’ because of her stunning looks, O’Hara played roles that often mirrored her true persona as a tough, feisty and courageous woman. She stood her ground in Hollywood and steered clear of the casting couch: “I wasn’t a whore. I was unwilling to make that kind of sacrifice to get a part in a movie”. Portraying over twenty characters in this tour de force performance, O’ Dwyer will take the audience on an intimate journey with Maureen, revealing the person she was behind the limelight. The vanity case used in the play is the original case which belonged to O’ Hara. Tickets €18 available from www.theatreroyal.ie