Fr Liam Power: There must be limit to appeasing ultra-Catholics 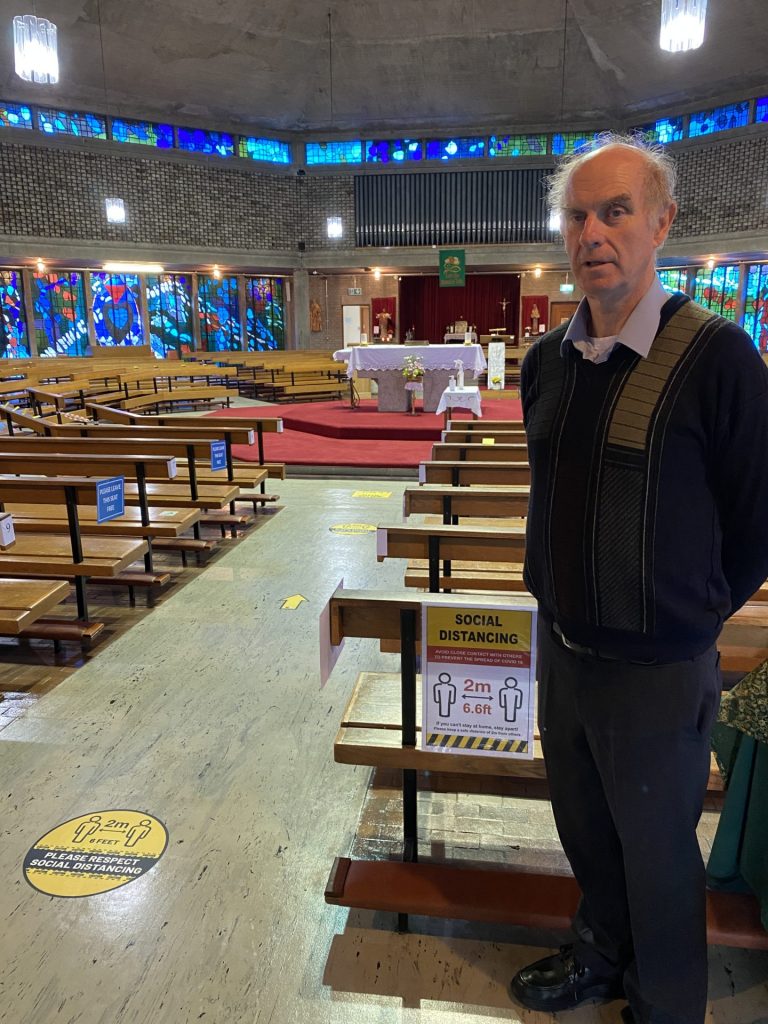 AT a Sunday Mass in one of our local churches recently, the presiding priest reiterated the health and safety protocols designed to protect against Covid-19.

It was in a big church and so the government guidelines permitted a subdivision of the church into two sections or pods which were separated by four metres, with 50 people allowed into each pod.

There was to be no movement of people between the sections before, during or after the Service (to avoid cross-contamination). This provision was a special concession by the Government to the Churches. It went against the advice of the HSE and NPHET; both bodies were concerned that in the event of an outbreak in a church, it would be really difficult to conduct contact tracing and isolating procedures with one hundred people.

‘One member of the congregation crossed from one section of the church, climbing over a barrier separating the two pods of 50, and then demanded Holy Communion on the tongue’

Separate arrangements for each pod were in place for the distribution of Holy Communion. Yet, at the time for receiving Holy Communion, one member of the congregation who insisted on receiving only from the priest, crossed from one section of the church to the other even though the person had to climb over a barrier separating the two pods of 50, and then demanded Holy Communion on the tongue. (The bishops, complying with requests from the HSE and NPHET, have stated that Communion should only be distributed in the hand.) The priest refused. It was an embarrassing situation as the congregation witnessed this stand-off during a most sacred moment of the Service. When challenged afterwards, the person refuted the constitutionality of the Covid-19 regulations, inferring that the right to religious liberty was being undermined.

On another occasion, a person was refused Holy Communion on the tongue by a priest who was helping out in a parish. That same person turned up the following Sunday for Mass in the parish church of the priest in question and presented for Communion on the tongue before an elderly priest. Now this priest has underlying health issues, which makes him vulnerable to infection by Covid-19. The priest had no option but to refuse; however, it did create a tense scene during the celebration of the Eucharist which is meant to be a breaking of bread together to build up community.

In neither of these incidents was any concern shown by the protesters for the health and safety of others. Priests and other communicants could have been exposed to Covid infection. Nor was there any consideration given to the fact that the blatant disregard of separating barriers could well result in the closure of churches or at least limiting numbers again to 50. It is symptomatic of the behaviour of ultra-traditional Catholics who vociferously proclaim their loyalty and support of the church but who vehemently oppose change. They are given undue deference by members of the hierarchy who have been known to lavish attention, even while being regularly challenged by them.

Brendan Hoban of the Association of Catholics Priests observes that recognition and attention given to ultra-right groups is reaping a bitter whirlwind. I’m thinking of the protesters outside Croke Park after the celebration of Eid al-Adha Festival, one of two Islamic holidays celebrated yearly around the world. Archbishop Diarmuid Martin, representing the Catholic church at the ceremony, was met with screaming protestors, his car surrounded and banged on, and people shouting traitor and other abuse. (Ironically, the Eid al-Adha festival commemorates the sacrifice of Abraham, highlighting the common heritage of the Jewish, Christian and Islamic traditions).

I‘m thinking also of the torrent of abuse hurled at Fr. Stephen Farragher, parish priest of Ballyhaunis in Co. Mayo, during protests at his decision to allow two members of the Muslim community to say the final blessing and prayer at a Sunday ceremony in the church. The blessing was planned to show solidarity with frontline workers and to pray for the eradication of Covid-19.

These groups, supported by high-profile journalists such as John Waters and Gemma O’Doherty, are Covid deniers, claiming it is a conspiracy theory to collapse the present world order. They oppose vaccines and refuse to wear masks and they wantonly contravene other HSE guidelines. Groups associated with this toxic politico-religious cocktail could easily be dismissed as a lunatic fringe element; their actions could be disregarded as simply an internecine struggle confined to the Church. But I’m not so sure.

This movement is symptomatic of what is happening on a more global level, particularly in the USA. Extreme alt-right media groups claiming total fidelity to the Catholic church (such as Church Militant, Lifesite News, Breitbart and the most influential of all Catholic media, EWTN), are unabashedly partisan in their support for extreme right wing politics. EWTN, once devoted to broadcasting Catholic piety and conservative catechesis, has radically redefined its ethos. It now involves the matchup of a peculiar brand of U.S. style conservative Catholicism with conservative political ideology and economic theory, according to Heidi Schlumpf, editor of National Catholic Reporter. (EWTN claims a reach of more than a quarter of a billion people worldwide in more than 145 countries and territories).

These media outlets, while professing loyalty to the church, represent some of the most public anti-Pope Francis forces in the Catholic world and would like him to resign.

I must admit it was only when a renowned theologian Massimo Faggioli, (professor at Villanova University) alerted us to the implications of this political and theological alignment between recalcitrant Catholics (together with white evangelicals) and Trumpian conservative politics in the United States, that I realised we have to take seriously this ‘whiff’ of fascism. He claims that the US Catholic conservative elites (he labels them ‘thurifers of Trumpism’) have “unlearned democratic culture” and have created a worrying polarisation not just in the Church but also in the wider society.

In their attempt to accommodate the alt-right Catholics the hierarchy need to appreciate the political implications of extreme views which, in my opinion, serve to undermine the pontificate of Pope Francis. There must be limits to appeasement.