Moran back in the ring and back winning 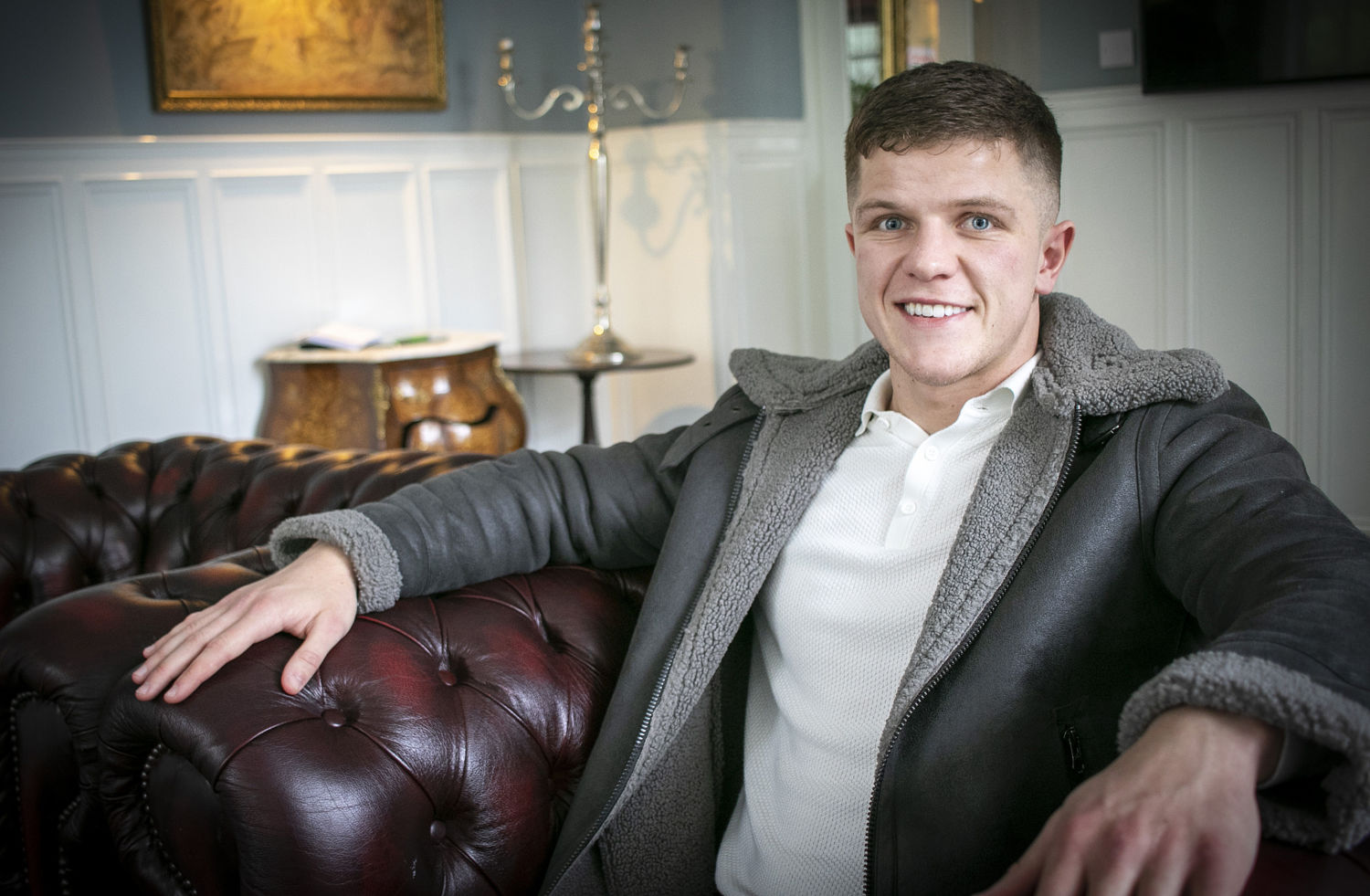 Dylan Moran back in Waterford at the Greenway Manor Hotel before Lockdown. He returned to action on Friday night after a turbulent few months. Photo: Joe Evans.

After a rocky few months, Waterford pro boxer, Dylan Moran, returned to the ring and notched up another win over the weekend in Spain.

Pre the lockdown we did an extensive interview in this paper with the Kilmacthomas man and it looked as if the boxing world was at his feet or should that be fists. He was living the dream in Liechtenstein where he had a decent contract, a promoter with serious influence in Germany and neighbouring countries and ranking title fight with Deniz Ilbay on the horizon.

Then in the middle of the pandemic he was still training away, expecting an alteration of plans, but ultimately having his contract handed back, as PGP Boxing went bust and his future went very dark.

Once the shock had wore off Moran admits his ‘head went under’ and it had a negative effect on him. So when the chance to fight in Spain at the weekend came he saw it as an excuse to get back in the gym and to stop feeling sorry for himself.

“I came home from Liechtenstein and went about my business like nothing had happened then two weeks ago the reality of what had actually happened hit me. It sent my head under so that’s the main reason why I took this fight,” Moran told Irish-boxing.com.

“I needed something to make me get back in the gym and have something to focus on, something so I wasn’t sitting around feeling sorry for myself. I have to say a massive thanks to Conor Slater for making it happen.”

The 25-year-old Welterweight took on Israel Munoz on the night and his performance did not look like a man who only took this on short notice as he was fast and sharp with explosive moment and great footwork throughout. It was a battle from the beginning until the end, but he did himself justice.

Neither fighter held back from the first bell as they both went at each other trading blows throughout each round. There was plenty of communication between the pair as they encouraged each other to come onto them and show what they had.

The showboating and brute force of both men is what made this fight as it was enthralling from start to finish. Both fighters showed their grit as they took some hard punches on the chin in just about every round, they weren’t holding back. It was no doubt the fight of the night.

Moran’s southpaw style was a lot to handle for Munoz but he did his best to counter and not give him too much of the centre of the ring as he pressed forward to get into the Irishman’s face and have many close encounter battles.

Moran was given a unanimous decision victory with scores of 39-37, 40-36 and 40-36. While it was a great battle, Moran had the cleaner shots due to his excellent combinations and speed due to his southpaw stance that can always be tricky to face.

He will be looking to kick on from here and get into a position for a ranking title fight like he was in before his contract was pulled. It was three wins out of three for the Irish tonight with Ryan O’Rourke and Victor Rabei also picking up wins.

Dylan’s Instagram post after the fight was short and to the point. “Won’t be denied , it’s only a matter of time.”

Check out irish-boxing.com for all the latest Irish boxing news.