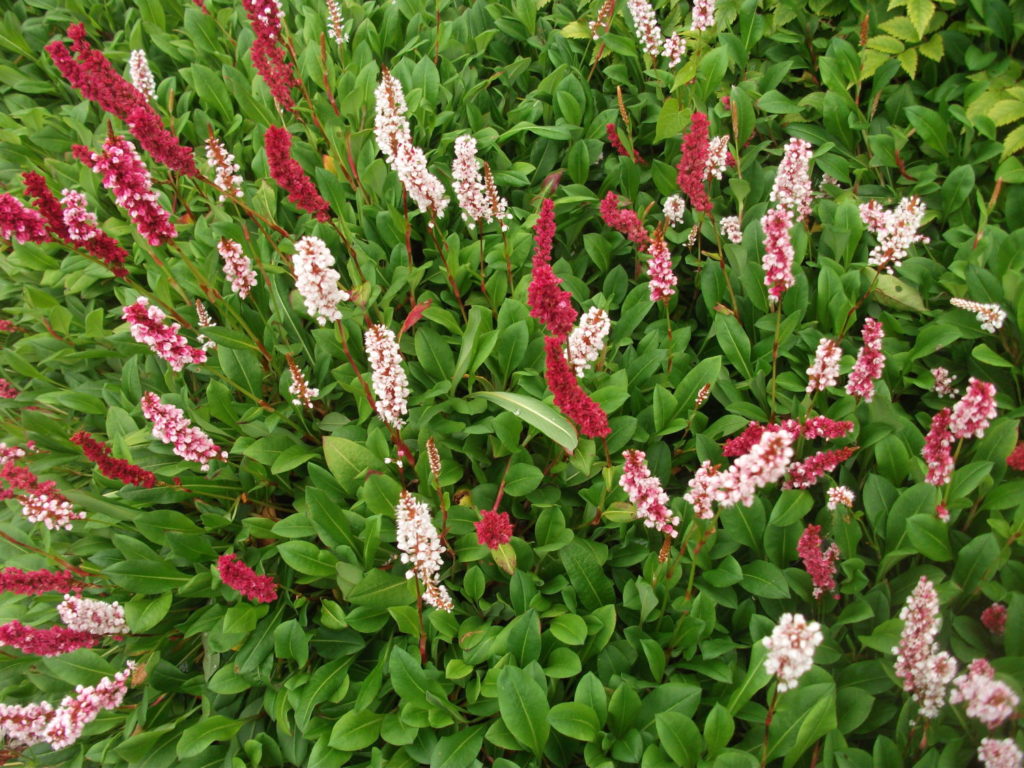 THE expression “A weed is a plant in the wrong place” is well known but our gardens are full of weeds that we have purposely planted. The thing is, most of our garden plants have originated from abroad where they are called weeds. It has been suggested that the native peoples might have thought us quite mad to gather their weeds but I think that suggestion is mad in itself.

Whereever there was overseas trade going on, plants were included in the mix of business and, while many plants did not suit our conditions, others did quite well while some abused their owner’s kindness by taking over and becoming a nuisance so they were soon discarded over the garden fence, where they were free to grow with abandon. An example of this type of plant is the well known Montbretia or Crocosmia seen along the roadsides in the west with their long strappy leaves and spikes of orange flowers during the summer months.

Another example of a garden plant turned invasive is the Japanese Knotweed and this is one that is getting most of the attention due to its aggressive growth in destroying property and displacing habitats. Its official name is Fallopia japonica of the Polygonaceae family and it is one member that is badly behaved but another cousin can be a nuisance at times and it is Fallopia aubertii, which was popular in Ireland as a climbing plant called ‘Russian (Rushing would be better!)’ or ‘mile-a-minute’ vine, on account of its rapid growth which was useful to cover unsightly objects. We never recommended this plant and are glad it is now rarely planted as there are other better plants for the same purpose.

We have two well known native knotweeds in Ireland and one is the perennial Persicaria amphibia, which grows in still or slow moving streams, mud and sometimes in moist grassland. It could be an attractive addition to a wildlife garden pond or stream. The other native is the common annual knotweed called Redshank which is widespread and has pretty pink flowers and frequently has a dark blotch on the spear-shaped leaves.

The final group contains many fine plants suitable for general garden planting and are called Persicaria (previously polygonum). There are a few that are too rampant but they are seldom offered for sale and I will list at the end the ones to choose from. The nice thing is these plants are useful as ground covering plants, which is great for difficult sloping banks, and are not too fussy as to soil conditions but prefer it to be on the moist side.

Persicaria affine and its varieties is a first rate low ground covering plant around 23cm (9”)high with bright pink spike shaped flowers from summer until autumn, when the foliage will turn attractive autumn colours and finally a rich brown during the winter months.

P.amplexicaulis and its varieties is a beauty with larger leaves and flowers than P.affine and, grows to around 1m (3’) high with a similar long flowering period.

P. bistorta and its varieties is another useful and beautiful strong growing plant with broad, basal leaves from which bottle-brush pink flower heads appear, and moist conditions will ensure flower and growth continuity through the summer. The selections to choose from include P.affine ‘Donald Lowndes’, ‘Darjeeling Red’, P.amplexicaulis ‘Firetail’, ‘Red Baron’, ‘Alba’ and P. bistorta ‘Superba’.

Very shortly, the winter onion sets and garlic will arrive and, therefore, some space might be allocated for them in your vegetable plot. We have changed over to planting winter onion sets in place of the spring ones as they will make roots immediately and grow away faster in the spring and you are likely to get larger sized onions too. Garlic needs colder winter temperatures to succeed in this country which means planting them before the end of December.

Growth on non-flowering shoots of roses, perennials and other plants can be trimmed down to a manageable size so as to avoid them being blown about and damaged by the wind.