PHOENIX: The heart of the city 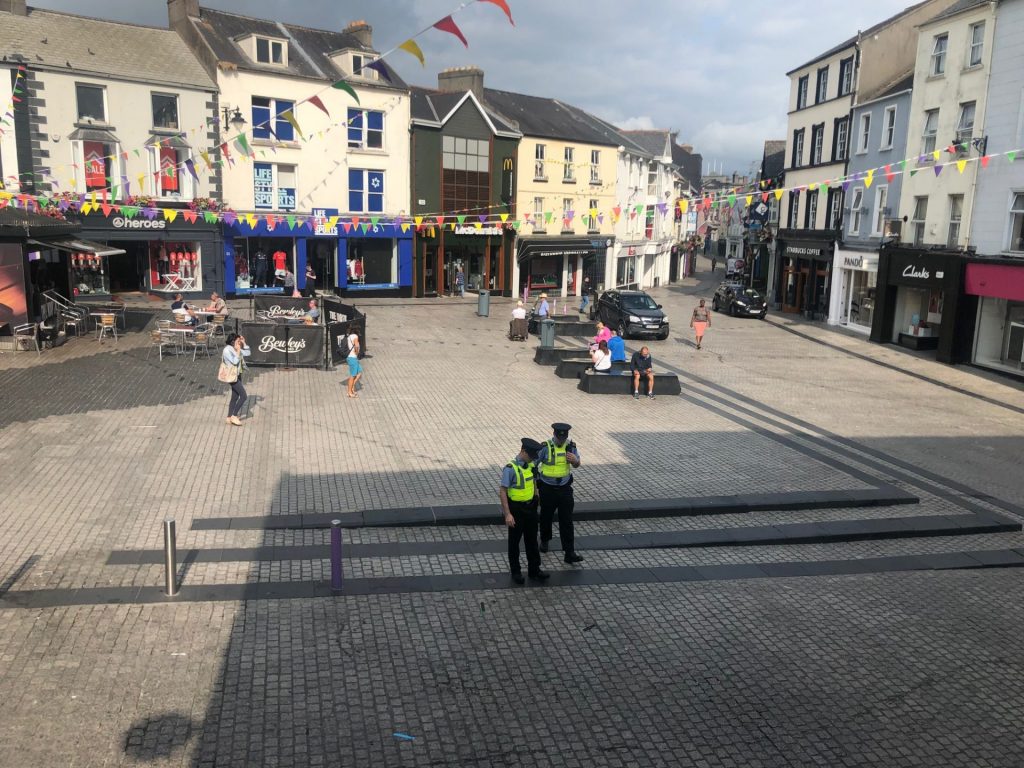 PAUL Kearns, a former Dublin City planner, had some hard things to say in a recent article in the Irish Times which has some relevance to our small city.

“A city that prioritises suburban shoppers, daily commuters and the spending power of international tourists over sustainable, mixed-income and family-friendly living at its centre is now in the era of Covid-19, reaping the rewards of its anti-urban living policies. Traffic lights signalling, pavement widths, road widening (and lately National Transport Authority proposed tree felling) all testify to how Dublin has long championed the vehicular movement of its suburbanites over its city’s living pedestrians. The city council obsessively number crunches “shopping pedestrian footfall” in the city centre, whilst failing to generate any meaningful metrics to measure the attractiveness of inner city neighbourhoods.”

None of us take any satisfaction from the problems unleashed by the pandemic on our towns and cities but the very difficulties caused by Covid 19 have given us an opportunity to see and analyse our direction of travel, to revisualise what we want our urban centres to be.

Last week a couple of us dined out in a Waterford city centre restaurant, all very Covid organised and comfortable. Good separation and safety protocols all observed. After the meal we walked around town from Ballybricken to Bishop’s Palace, back via Lady Lane and Michael Street to Applemarket and John Street. The first thing to be said is that the city centre looked immaculate. It was sparkling clean. There were a lot of people out and around, but all very calm and enjoyable.

‘Anyone who believes that WIT and Waterford can be driven over, has another think coming!’

The Applemarket and John Street were a particular delight with many people using the space as it should be and with pubs and restaurants all doing business. If I had stumbled unknowingly on the Applemarket in any city in Europe I would have been envious. This is what the place is all about, style, ambience, people. Not people madly driving up past Revolution and the Bodega as if their very lives depended on getting to the middle of Bunker’s Hill, for that indeed is where the traffic flow leads. The electronic mushrooms were deployed in John Street thus stopping unauthorised traffic flowing through the Applemarket.

I have decided never to drive through the Applemarket and so have many others. To drive through the space, is in my view any way, a failure to think. People in Waterford city want a city centre they can be proud of. Social media postings, complaints and noise testify to this.

Our city centre is squashed between what Thomas Francis Meagher called the “great hinge of stone” , the triangle based on Reginald’s Tower, Mall/ Parnell Street and the Quays. Enough remains to be attractive in our historic old town. Much was destroyed in the 20th century and especially between 1950 and 1990. Often done with the best of intentions, but without much thought of reinvestment and repopulation. People were spread to the suburbs, because this was the fashionable “Garden City” ideal with a front and rear garden for all. The closing of Peter Street to facilitate City Square has caused an awful lot of difficulty and that will have to be unwound by agreement at some stage because a closed shopping centre and closed off internal streets is not in the interest of the city or the shopping centre. The realisation will eventually dawn.

In the “vee” of the old city many of the streets have been beautifully paved providing a marvellous pedestrian ambience. One caveat, the repairing of faulty granite and limestone paving with slabs of ugly tarmacadam is deeply offensive and would not be tolerated in most continental European cities.

Our council deserves real credit for the work done on pedestrianisation and paving and the space afforded to people to circulate fits in well with the demands of Covid separation. Many of our own people are wedded to the private car and view any rejigging in layout or one-way street or redirection of traffic as a personal offence. The reality is that our small city centre is a place for people and people activity.

No one knows the extent to which city centre retail will be impacted by Covid and its corresponding online driven retail spending, but the general assumption is that it will be massive. Maybe smaller shops will be turned into domestic dwellings, who knows? What should happen is that every possible opportunity should be taken to get people living in the centre of our small city. Over shops, in converted shops, in new housing units on derelict sites and so on. Working from home is likely to be with us in a much bigger way from now on, and for many people the suburbs may be desirable when children are young and families are relatively large, but there is another cohort of people to whom living in the centre of our small city is an attractive proposition.

To support a vibrant city centre, we will need a vibrant local economy. I recall when writing here in 2011, post election of Fine Gael and Labour, that WIT and UHW were, with local FDI multi-national industry, the pillars of our local economy and that we should be mindful not to allow heavy weight politicians in other south eastern counties who had just been elected to ministerial office to meddle with them. Unfortunately, that was exactly what happened. UHW, or WRH as it was then named, was deeply undermined. It has taken us nine solid years of protest to get that message across.

The refurbishing of the existing cath lab (in effect a brand new and very high spec facility) is a huge plus. The newly built cath lab at UPMC Whitfield, installed and commissioned in just eight weeks, needs to be brought into the fold while we await the second UHW cath lab and the inevitable development of 24/7 cardiology. When that eventually happens, as it must, we will be able with some pride to say that we fought and wrenched this from the cold, dead hands of a system which did everything possible, including commissioning biased advice, to prevent it. Maybe the tide is turning in the national appreciation of the importance of UHW, or else, constant and unrelenting people and political pressure on the system actually works. Either way, much work remains to be done to secure the future of UHW as a national Model 4 hospital.

The WIT story will be told some day. The political destruction of management and morale, the undermining and destruction of leadership of a fifty year institution, which has put meaningful degree level education within the reach of many ordinary families across the South East. A budget cut of over 25% and a restriction on course development.

Other institutions were allowed spend money and develop courses as they wished. This has hurt WIT and damaged Waterford. Now that WIT has gone on-line with all courses this year, other colleges and universities are remaining open. The incredible failure to develop any new teaching space in WIT over the past 15 years and the terrible cancelling of two buildings in 2011 means that space per student in WIT is below that available in comparable institutions.

The long running saga of new space at WIT, which we are told may end with the possible tendering for a large new building sometime in 2021, is cold comfort. A tender in early 2021 may mean a construction start in late 2021 and completion of the building in late 2023 at the earliest. This building was promised in 2017 and should now be available on campus. Failure by a Fine Gael government to deliver this building may yet prove to be the most damaging blow that WIT has ever suffered.

Meanwhile, an ad appeared on the government E tenders website last week from Carlow IT seeking, “brand development consultancy for a new Technological University of South East Ireland”. TUSE may be the only game in town, but anyone who believes that WIT and Waterford can be driven over, has another think coming!