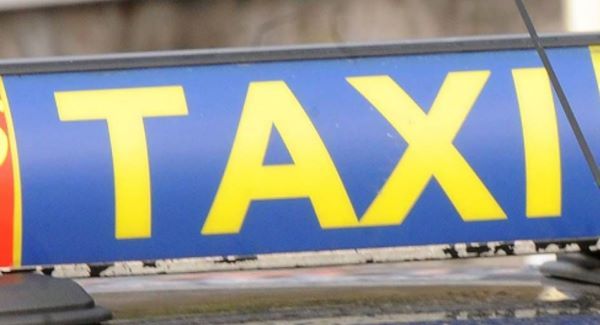 A 16-year-old boy held a knife against a taxi driver’s neck and threatened to “cut his head off” during a terrifying incident in Dublin, a court has heard.

The teenager was convicted of production of a knife as a weapon and threatening to kill or cause serious harm on October 22nd, 2018. He was also guilty of possessing a flick knife on a later date.

Judge Treasa Kelly described the incident as “horrendous” as she adjourned sentencing at the Dublin Children’s Court for the accused to complete an anger-management course.

Garda Barry Brennan told the court the taxi driver collected the youth and his girlfriend who was dropped off first, in Ballinteer, Dublin 16.

The taxi man sought payment but was asked to bring the teen to Tallaght and there was an argument.

The boy then “produced a large knife and held it against the neck of the taxi driver and threatened to cut him up”.

They got out of the car and a scuffle ensued as the driver tried to alert gardai but his phone got cut off.

The teenager “threatened to cut his head off if he didn’t bring him to Tallaght”, Judge Kelly was told. However, gardai then arrived at the scene.

The court was also provided with a victim impact statement in which the driver said he has to stop working and go home for safety when he thinks about the incident.

He recalled thinking, “I was not going to come out alive” and he was “extremely terrified”.

The man is on tablets because he now has trouble sleeping, the court was told.

Garda Aoife Mannion told the court that on May 22 last year, the teenager was seen dropping a large flick-knife which was recovered. It was handed in to court for the judge to see.

A probation report was furnished to court.

Pleading for leniency, defence counsel Amy Deane said the teenager had then carried knives because he had a drug debt at the time.

The youth became immersed in dangerous behaviour and “rarely left his house without some method to defend himself”.

He had also been diagnosed with Attention Deficit Hyperactivity Disorder.

There had also been a lack of parental responsibility and he had dropped out of school and had parental abandonment issues.

He had also been affected by the death of a close relative.

The youth has now dealt with his addiction and debt, and takes part in a Monday-Friday course with educational classes and anger management.

He wanted to go abroad to work in construction, the court was told.

The teenager, who was accompanied to court by his mother, remains on bail. The case resumes in November.