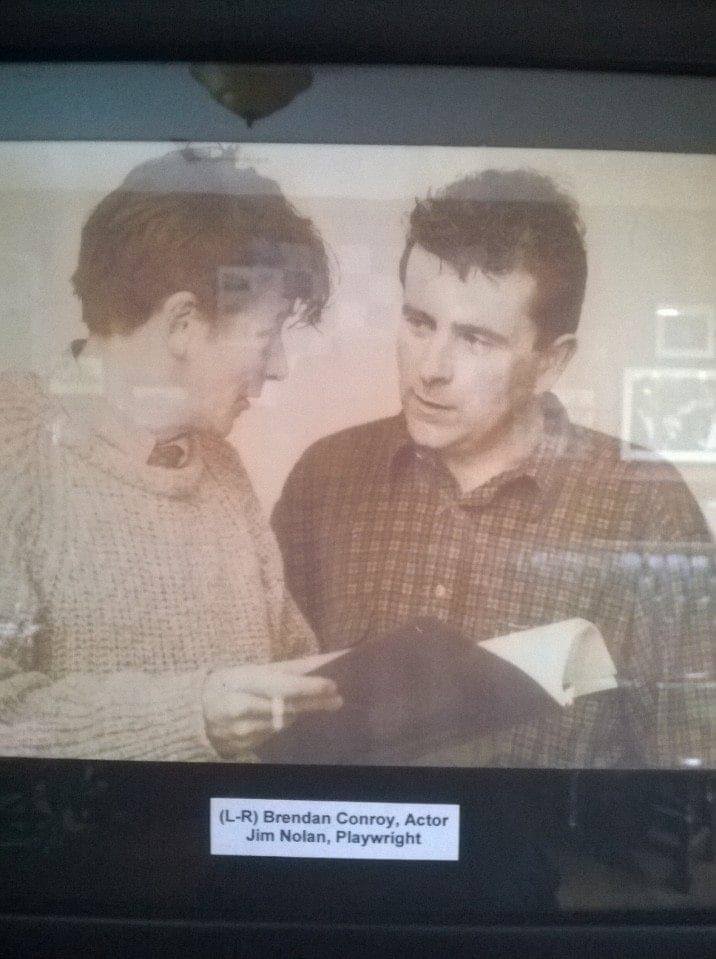 THE theatres may be dark but writers are still at their craft. And so is our own Jim Nolan who’s been writing and producing drama since 1979. With no stage to work with, Jim has moved to radio and his one-man play ‘Moby Dick’ with Brendan Conroy is a gem.

If you’re going to write for radio, you need a rattling good story and Nolan’s gift is surely storytelling. I have never failed to be interested in the story of Jim’s 25 plays and Moby Dick grabs the attention right from the get-go. That’s the thing about a modern audience: if you haven’t got them hooked in the first few minutes – especially on radio – then they’re with another station.

When Bernie Rivers, born in the parish of Knockanore in 1937, introduces the dramatic hook of a happy ending in the opening phrase, despite a life that brings enormous loneliness and suffering, ‘Moby Dick’ grabs our anticipation. We’ve got a page-turner.

‘Nolan’s storytelling is second to none in the canon of Irish playwrights and it’s hard to believe that so much can happen in a fifteen-minute drama.’

If ever a childhood was dysfunctional, this was it. A promiscuous mother, a couple of kids and a state that scattered them to the winds. Tiny Kitty Rivers, clutching her parasol, is driven to Lismore by the Cruelty Man, where a nun drags her to the local orphanage. Cue a lifetime of guilt for a brother who failed to protect his tiny sister. Bernie ends up in St. Patrick’s Industrial School where his silence on the institutional abuse there speaks volumes.

Bernie is shown the door at the age of 16 and given a ticket to America. An advertising hoarding boasting thirty bob a day for film extras at the Youghal set of Moby Dick brings him headlong into cinema, he finds happiness in a pretend world of illusion. And romance with another extra called Clara who plays his on-screen romantic interest on their way to a chapel. The underdog finally meets the sublime. Her father ends their relationship; wanting more for his beautiful young daughter than an institutionalised kid can offer.

Bernie finally ends up in New York City as a night-porter in a crummy hotel in Hell’s Kitchen where routine is his friend. Bernie loves the anonymity of the Big Apple and makes his way there. Labourer, tradesman, furnace supervisor for the Edison Company; bringing light to the great city of New York.

Bernie has never watched the movie; probably aware of what he has lost. In retirement, he finally happens upon the film where again he sees his 1944 sweetheart Clara as a passer-by in a storm, on the quayside in Youghal, on their way to the chapel. Arm in arm with Bernie. A chapel they never actually enter.

It’s a showreel that Bernie has watched over and over in his memory-bank in a world that is half-way between what might have happened between once-upon-a-time and happy-ever-after.

Perhaps it was always meant to be this way for Bernie Rivers from Knockanore.

Brendan Conroy is superb as the isolated soul who struggles to communicate across a gulf of weariness and despair. Conroy’s Bernie is a man who has few illusions about his own adequacy. He tells his tale with the detached tone of a man who is inured to suffering; capturing all the twists and turns of a life that grudgingly makes its way to its obvious conclusion.

Nolan’s storytelling is second to none in the canon of Irish playwrights and it’s hard to believe that so much can happen in a fifteen-minute drama.

Moby Dick is a gem.

It’s available on the Rte podcast at: