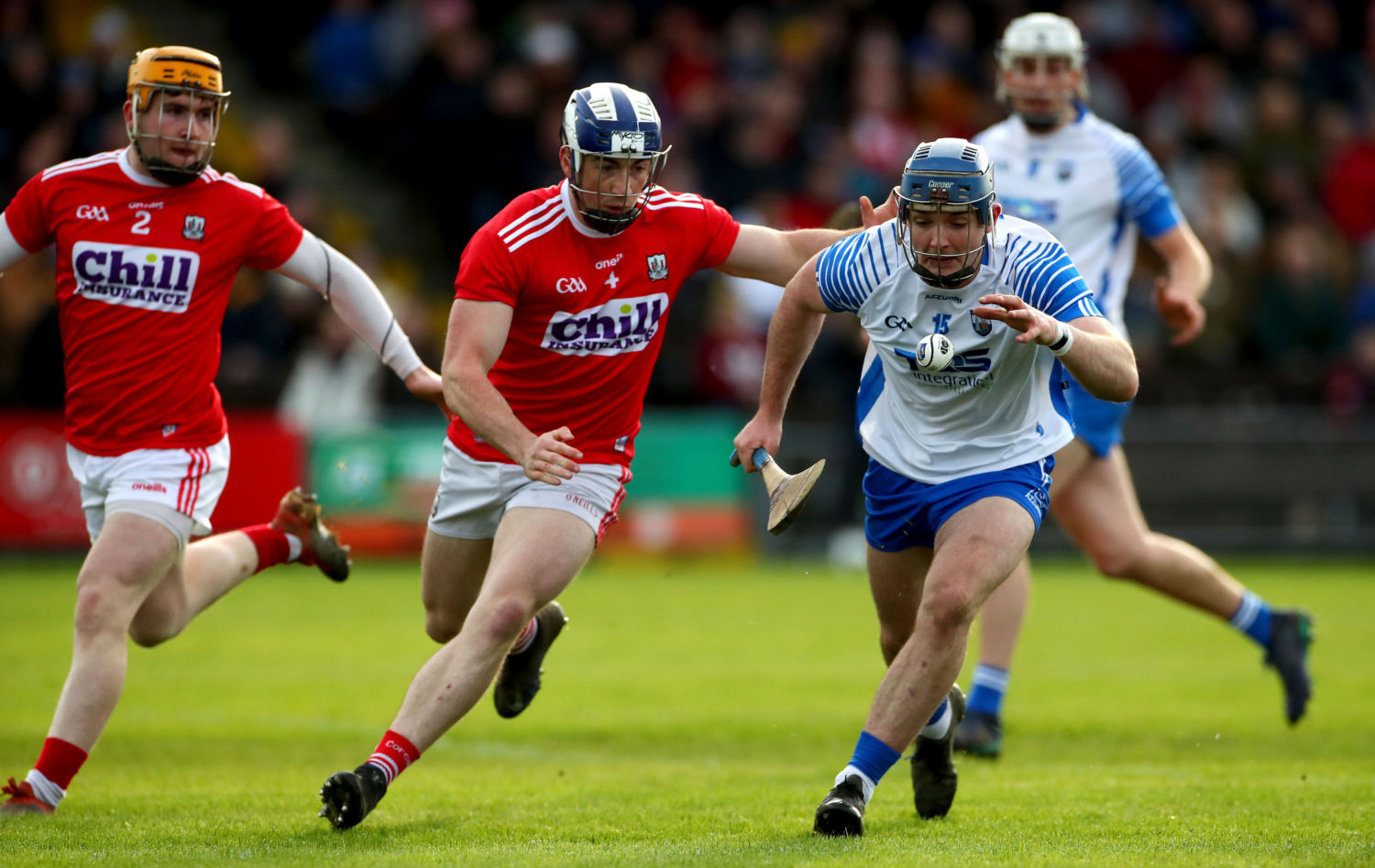 Patrick Curran doing his best to get away from Cork’s Sean O’Donoghue during Waterford’s NHL clash with Cork in Walsh Park back in January. They are set to square up again in the Munster SHC on October 31 in Thurles. Photo: Inpho.

Having been given the go-ahead by the GAA’s management committee and Central Council last weekend, the four provincial councils’ competitions control committees are finalising the details for their inter-county programmes.

The Irish Examiner is reporting that the Waterford versus Cork game is due to be staged on that day with a provisional throw-in time of 3.30pm and will be televised by Sky Sports.

The other semi-final between Tipperary and the winners of Clare and Limerick takes place in LIT Gaelic Grounds or Páirc Uí Chaoimh at 4pm the following day. Clare and Limerick face off in Thurles the previous Sunday at 3.45pm. RTÉ will show both of those games as well as the Munster SHC final on Sunday, November 14 at 4pm, meaning all four matches in the competition are likely to require floodlights.

After consulting with the five counties in the Munster SHC, it’s believed the provincial council has chosen not to revert to home-away arrangements that Cork, Limerick and Tipperary had with one another prior to the competition changing to a round-robin structure two years ago. The three counties were happy to forego their previous arrangement as there is little income to be accrued as hosts and home advantage has also been diminished due to restricted crowds.

However, as anticipated Cork and Kerry’s Munster SFC semi-final is scheduled for Páirc Uí Chaoimh with Kerry have already stated they were happy to make the trip. It has been pencilled in for a 4pm throw-in on Sunday, November 8.

The Waterford-Limerick and Tipperary-Clare quarter-finals are down for decision in Fraher Field and Semple Stadium on October 31 and November 1 respectively. There remains the possibility counties could face off that weekend in both senior codes on the same day but in different venues.

The semi-final game between Waterford/Limerick and Tipperary/Clare is arranged for the evening of Saturday, November 7, while the Munster SFC final is expected to be a Sunday affair on November 22 with a 1.30pm throw-in.

Both Munster minor finals are expected to be play on Saturday, November 14. The Munster U20 final is pencilled in for Wednesday, November 4 with TG4 due to broadcast it live.

The Munster Council are also believed to be considering organising the U20 hurling quarter-finals for Monday, October 19 and the semi-finals the following October Bank Holiday Monday.