Hat-trick for Curry as champions march on 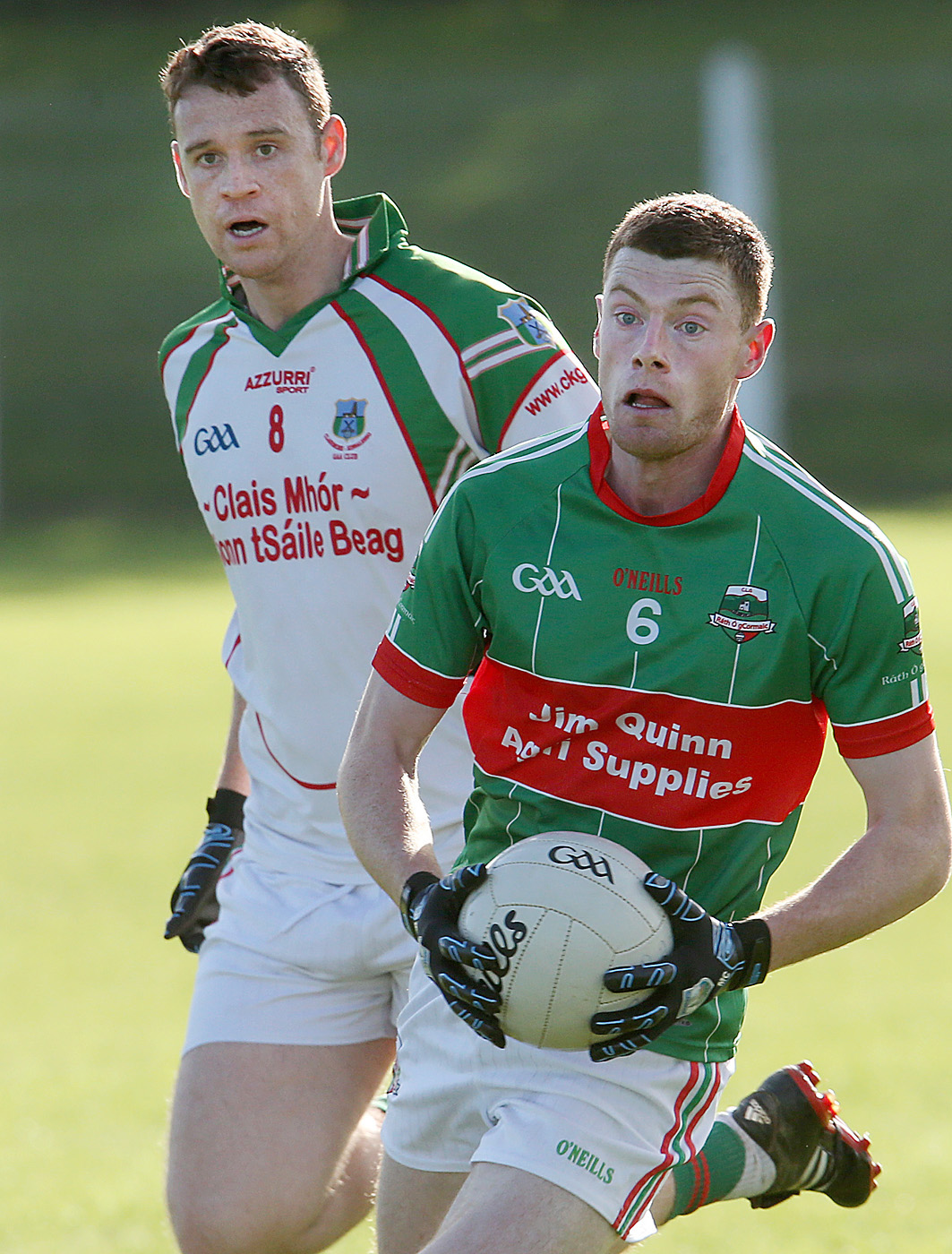 Rathgormack captain, Michael Curry, and his team-mates kept the defence of their Co. SFC title on track with a comfortable win over Clashmore-Kinsalebeg in Fraher Field tonight. Photo: Sean Byrne.

Reigning champions, Rathgormack, marched into the final four of the JJ Kavanagh & Sons Co. Senior Football Championship tonight in Fraher Field when they scored four goals in their impressive win over 14 man Clashmore-Kinsalebeg.

The westerners got off to the worst possible start. Just after the quarter of an hour mark they were down by 1-2 to 0-3 but also down a man after a straight red card was shown to Edmond O’Halloran.

Stephen Curry struck for his and his side’s second goal shortly before half-time and at the break the champions led by 2-4 to 0-6 with Stephen Curry scoring 2-1 for Rathgormack.

Things got worse for Clashmore when they were reduced to 13 after the sin binning of Cillian O’Keeffe and at the second water break the champions led by 2-9 to 0-8.

Clashmore got within five with five minutes remaining but two late goal Rathgormack goals through Billy Power and a hat-trick goal for Stephen Curry (who finished with 3-2) saw Rathgormack run out comfortable winners on a score of 4-10 to 0-11.