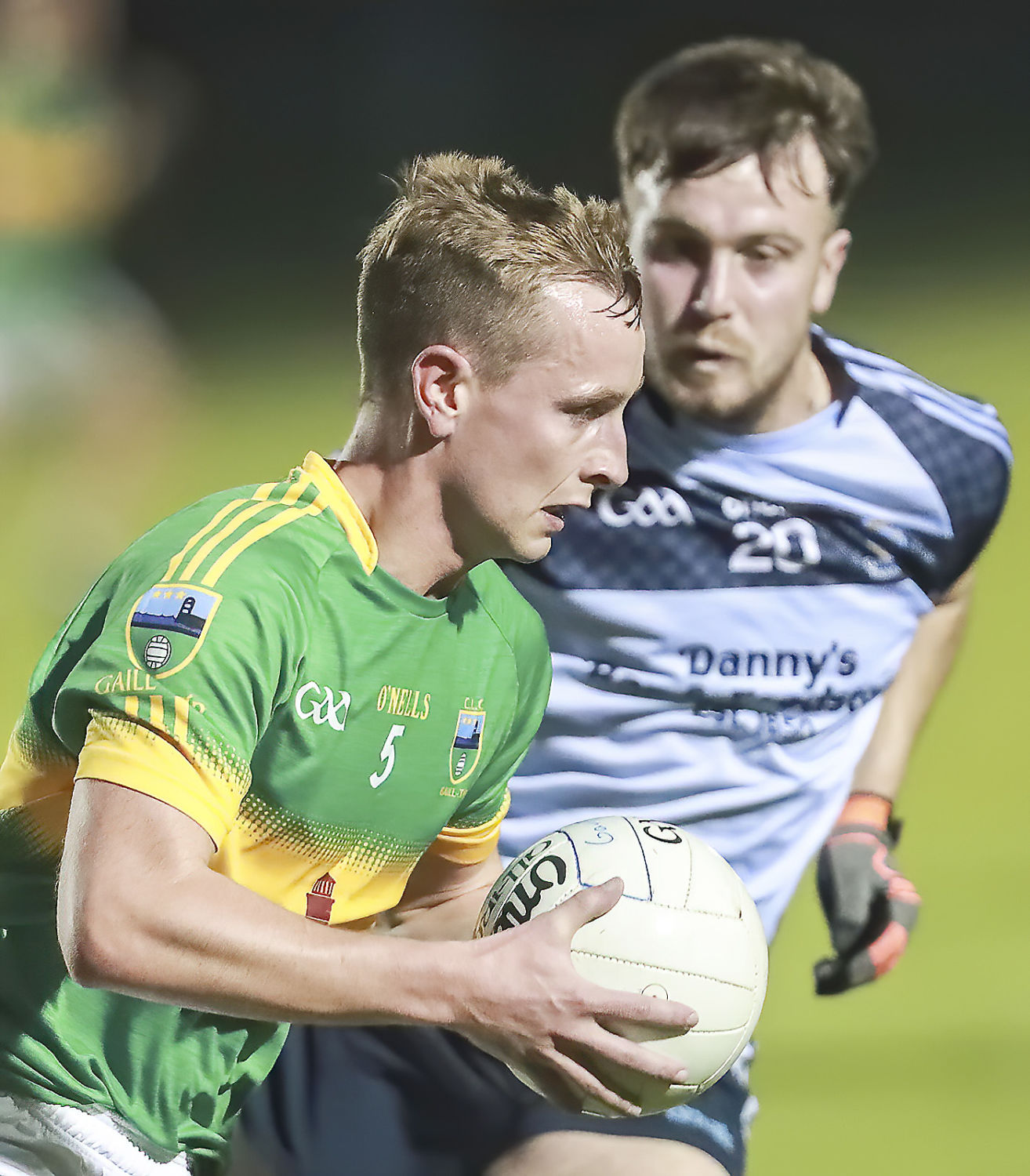 Aaron Jones and his Gaultier team-mates are through to the semi-finals of the Co. SFC after today’s win over Brickey Rangers. Photo: Sean Byrne.

Gaultier are into the final four of the JJ Kavanagh & Sons Co. SFC after they got the better of Brickey Rangers in a tough contest in Carrickbeg today.

Gaultier led by 0-5 to 1-0 after the opening quarter with the Brickeys’ goal coming from midfielder Mark Cummins.

Cummins struck for his and his team’s second goal just before the break to ensure that the sides went in at the midway interval level on a scoreline of 2-4 to 0-10.

With four minutes to play Gaultier still led by two when Dessie Hutchinson tucked away a penalty for the Barony men and by the full-time whistle it was Gaultier who marched into the final four on a scoreline of 1-15 to 2-7.

There was downside though for Gaultier as one of their star forwards, JJ Hutchinson, received a straight red card and will now miss their semi-final clash with Rathgormack.