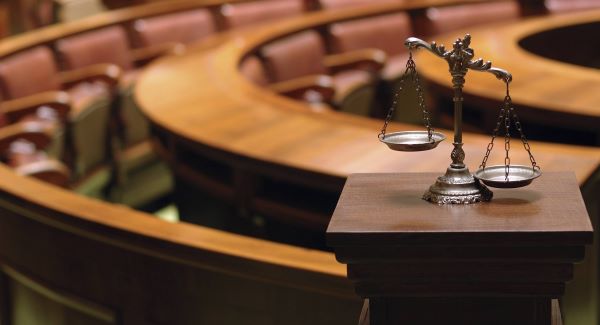 A traumatised young woman and her mother, through their lawyers, have urged a judge to find a “novel” legal route under the High Court’s wardship jurisdiction to continue the woman’s detention despite findings she has capacity.

The 18-year-old woman, described by her counsel as “highly traumatised and dangerous”, has a personality disorder and a medical disorder and is deemed to represent a “grave” risk to her mother and other women in the community.

Arising from updated medical evidence earlier this month that she has regained capacity, the Child and Family Agency is withdrawing wardship proceedings for her on ground she does not meet the criteria for wardship.

Because she does not have a mental disorder, she cannot be detained under the Mental Health Act.

Separately, she is on bail in relation to assault and other charges before the District and Circuit Courts.

A bail condition requires her to remain in a children’s secure unit but her detention there is based on High Court orders made in the wardship proceedings being withdrawn.

Her case has been before High Court president Ms Justice Mary Irvine several times in recent weeks for reasons including her views have fluctuated about wardship and whether she will agree to go to an onward placement procured by the CFA.

She has been in the children’s unit some two years and, since turning 18 last December, was detained there in the context of the adult wardship proceedings initiated by the CFA.

Because the CFA is withdrawing those proceedings, its counsel Barry O’Donnell SC argued on Monday her continued detention there is legally unsustainable and endangers the unit’s continued registration by HIQA.

Three children are to be assessed for a place in the unit on Tuesday and the woman’s detention must be lifted, he urged.

While lawyers for the woman and her mother now maintain there is a broader basis for wardship than incapacity, the court has no function in wardship to carry out a preventative detention power, he said.

John D. Fitzgerald SC, for the woman, argued the wardship jurisdiction is “wider than is commonly understood”, can be expanded to include personality disorder and the court should direct that an independent medical doctor visit the woman as provided for under wardship legislation. While his argument had “novel” aspects, this case is possibly unique in light of the “horrific” difficulties posed, he said.

Michael Lynn SC, for the mother, said the woman herself is saying she needs to be in a secure setting and her mother shares that view. There is no reason why a personality disorder cannot amount to unsoundness of mind and there is enough material for the court to initiate a wardship inquiry, he said.

Gerard Durcan SC, for the woman’s court appointed guardian, said the guardian’s view is the woman needs to be in a medium secure unit, possibly in the UK. He agreed there was no certainty such a unit, or a legal basis for her detention there, could be found.

When the judge asked if the HSE could do anything in this “very grave” situation, its counsel Donal McGuiness said the woman, as an adult with capacity, is excluded from the possibility of treatment in the therapeutic environment of a hospital. Lawyers for the woman and her mother are seeking “to change the law” and have the woman detained as a person of unsound mind and the court should be “very careful” before it goes down that road, he said.

The legislature has made clear that people with personality disorders are not suitable for admission to psychiatric hospitals, he added.

The judge will rule on the matter on Tuesday.