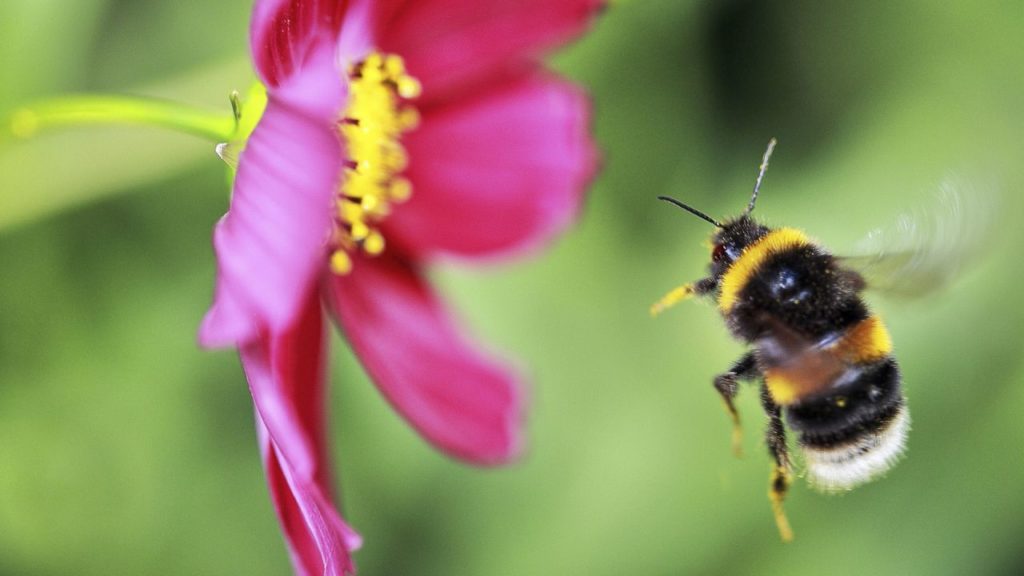 THERE has been an increasing awareness about the importance of bees in our lives. To be correct, I should say pollinating insects, of which bees are but one important part which we have placed at the head of a campaign to ensure we do not destroy our natural treasures any further.

There are some opinions that say if we lose our pollinating insects we will not be able to survive in the world. That is not quite true as around 25% of crops are wind pollinated but it will certainly make our choice of foods much reduced and boring. More importantly, it is just a wakeup call that we need to reverse some of the destructive things we are doing to this planet, such as habitat loss, climate change, intensive agriculture/ horticulture and pesticides, and by implication, we are doing this to ourselves!

Because of the huge loss of habitats, it has become more important than ever to provide as many alternative substitutes as possible and one of the best areas for that is in your garden. The purists might then say you should only plant native species but that is unnecessarily restrictive as, quite frankly, we need much more than that and also different species as going only native will leave severe shortages at certain times of the year.

Another myth is that only oaks should be planted as they can support the greatest number of native species, which is true but you have to wait a few hundred years for that to be the case whereas trees such as willows, alder, hazel and birch will provide a huge number in just a few years.

Bees and indeed other insects have evolved over millennia to breed and become active when their food source becomes available and that is from the spring until the autumn. There have been disturbances to this pattern and with no food, the insects die and the population goes into decline.

Part of the solution is to have as many suitable plants as possible in your garden at that time. It is not annual flowers that produce the greatest amount of nectar but shrubs are far superior in every way. Begonias and pelargoniums (geraniums) are low in nectar, whereas a mature shrub such as a flowering currant, mahonia or berberis provides as much nectar as 16,000 primroses and so it continues through the months with other shrubs until the autumn.

There is a saying that if you ignore bees or wasps they will just go away and we at Orchardstown are not bothered by them too much, even though it was a test when wasps built a fascinating dome shaped home in our canteen as we watched calmly during our breaks. On a recent outside coffee morning we were invaded by wasps and had to take direct and invasive action, but waving your hands around is a mistake and only makes them trigger an alarm and others will come to their rescue.

Including as wide a variety as possible of plants in your garden will not only give you pleasure but you will also be helping the insect population as they gather pollen and nectar. Ajuga (n), buddleia, ceanothus, cotoneaster, escallonia, foxglove (n), fuchsia, lavender, penstemon, potentilla (n), spirea, sambucus (n), sedum and viburnum (n) are some suitable plants. Some plants have both ornamental and native (n) versions in their group.

Freshening up some of your flower containers can be achieved by using a number of autumn plants such as cyclamen, coloured heathers, ornamental cabbage and violas. For additional interest and a longer lasting display, first plant deeper some spring flowering dwarf narcissi, tulips and crocus, and then top it off using some of the above mentioned plants.

The best place to plant spring flowering bulbs in the garden is where they can remain undisturbed as they usually live for many years without much attention. Therefore, we plant them in between trees and shrubs in groups of seven upwards and never singly or in the lawn or areas where we might plant bedding plants.

Green Fingers: The search for a red October

Green Fingers: Winter months are nothing to sniff about