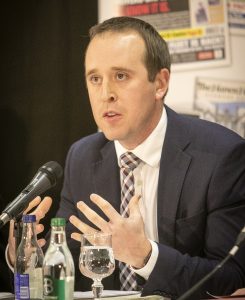 THE new Department of Further and Higher Education must devote a strong focus on the establishment of a Technological University of the South East (TUSEI) according to Senator John Cummins (FG).

Speaking in the Seanad today, Senator Cummins wished Minister Simon Harris well in his new brief and called for the Waterford IT/IT Carlow TU application to be submitted by the Spring of next year.

“I would like the establishment of the Technological University for the south east, specifically referred to by the Minister in his opening remarks, to be a top priority,” said Senator Cummins.

“I am not going to go into the long history of university designation for Waterford and the rest of the south east. Suffice it to say that it is important that the new Department and Government focus on it.”

Senator Cummins continued: “To that end, I welcome yesterday’s announcement by the joint presidents of Carlow and Waterford Institutes of Technology and the chairpersons that they are aiming to have designation by January 1, 2022. My view differs from theirs slightly regarding the date by which they seek to have an application with the Department, that is, by the summer of next year.”

Senator Cummins added: “I ask that, when the meeting takes place between the Minister, Deputy Harris, Mr (Tom) Boland (the recently appointed independent Programme Executive Director for the TUSEI consortium), the presidents and chairmen, a buffer be built in at the front end so the application will be submitted by spring, just in case there are any difficulties in the adjudication process that might result in further delay.”

In a briefing note issued to business and community leader yesterday, the Presidents and Governing Body Chairs of both Institutes earmarked January 1 2022 as the establishment date of the TUSEI. 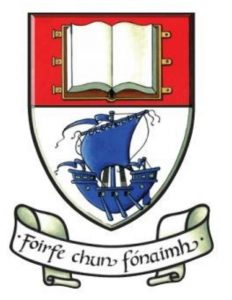 “Our objective is that, on 1 January 2022, the Minister will establish the university,” the note states. “We have a high level of confidence that we will achieve TU status within this time. Our confidence is based upon the commitment of our staff and students, who have already contributed so much to its achievement, and to the support directly and indirectly of our most valued stakeholders”.