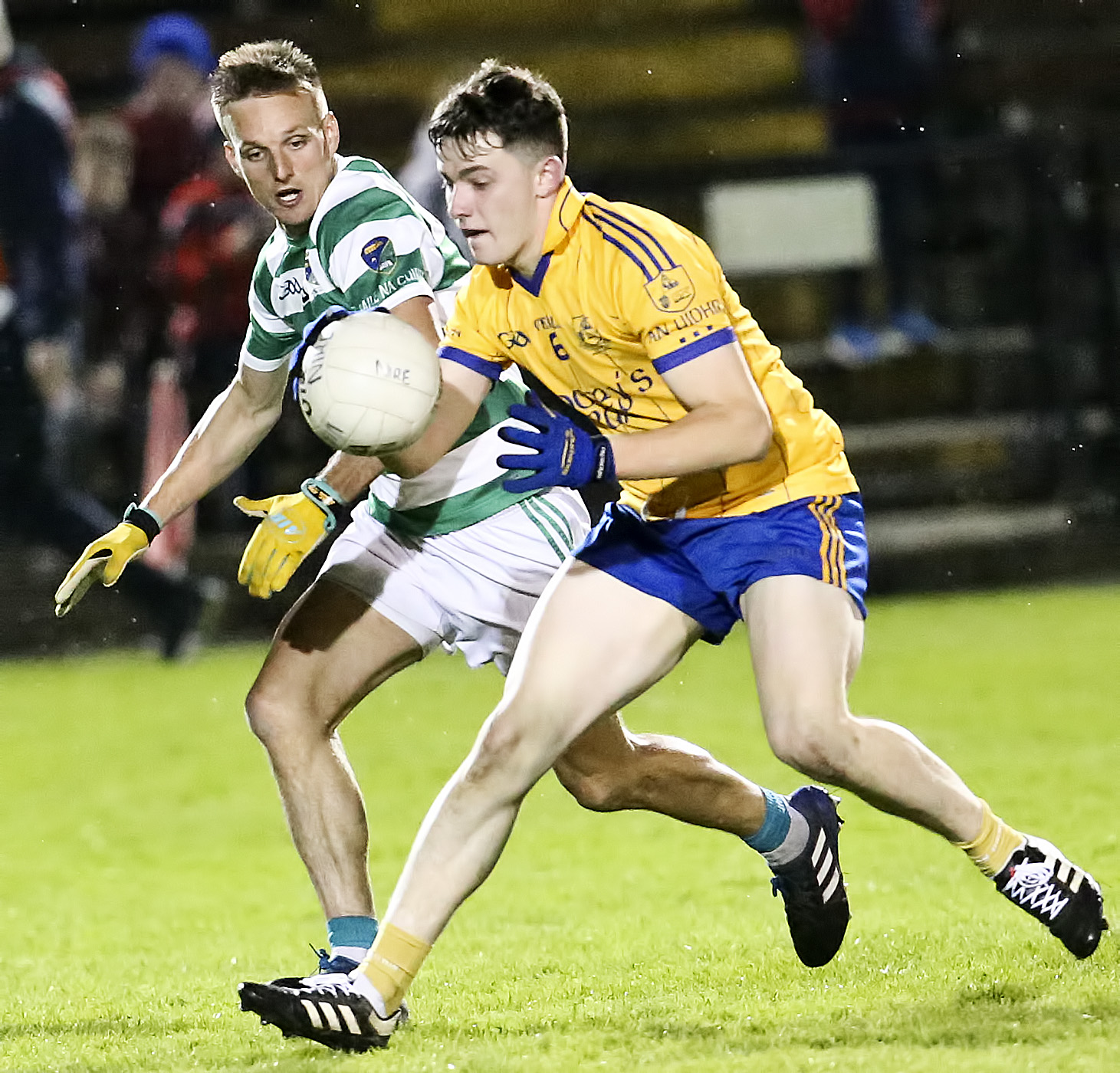 The Nire’s Tom Barron with the ball against Ballynacourty’s Mark Ferncombe during last year’s Co. SFC. Their Co. SFC semi-final, due to be played tomorrow night, has been deferred. Photo: Sean Byrne.

Following on from last night’s statement from the Abbeyside/Ballinacourty club that a member of their senior football panel was awaiting a Covid-19 test and as a result the club were suspending all activities, tomorrow night’s County Senior Football Championship semi-final clash with The Nire has been postponed.

The game, a repeat of last year’s semi-final, which Ballinacourty won, will now take place on Monday night at Fraher Field with a 7.30pm throw-in.

The Waterford News & Star understands that the player in question has now been tested and is awaiting a result. 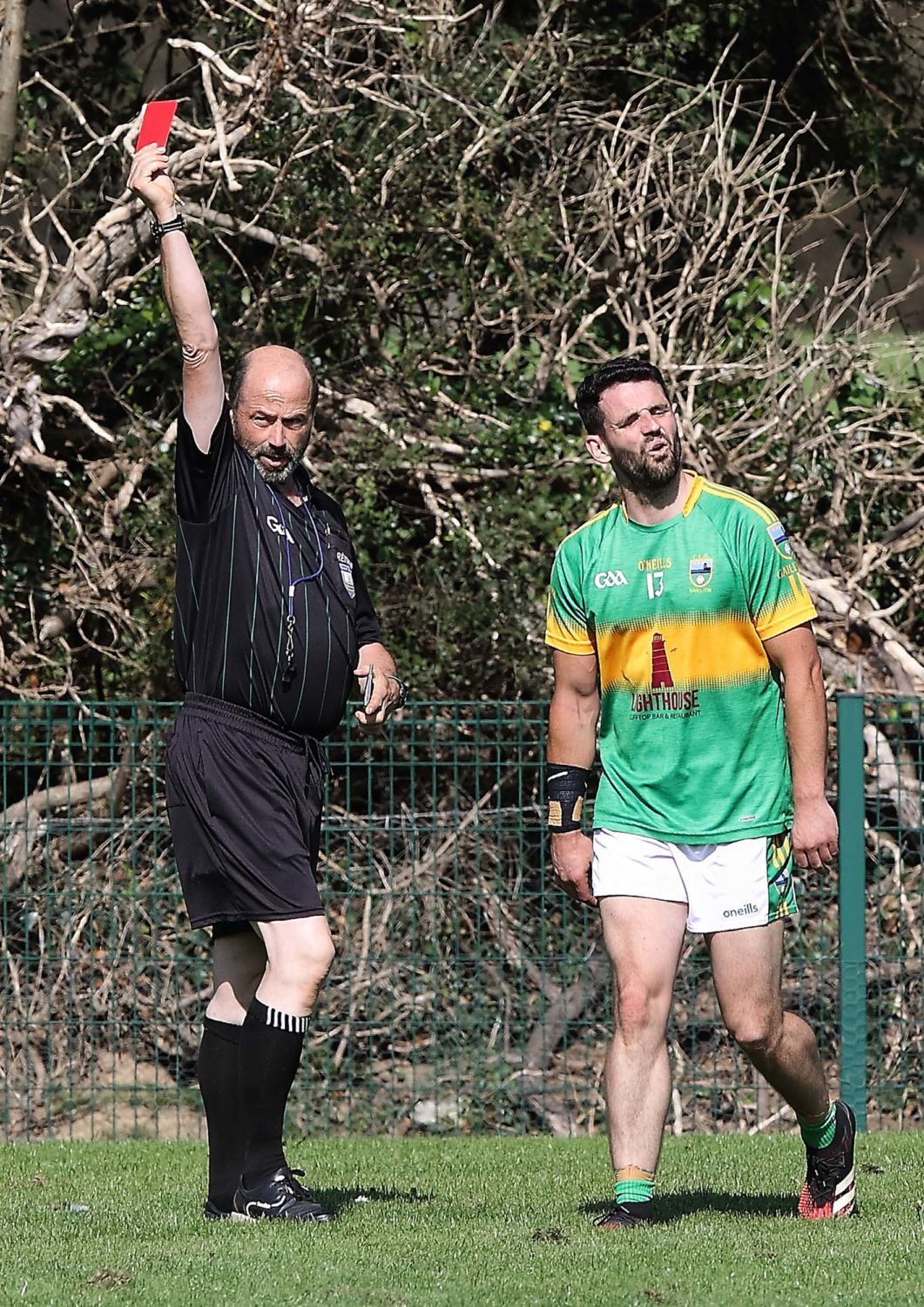 Meanwhile, Gaultier were dealt a big blow in the preparation for their Co. SFC semi-final clash with reigning champions, Rathgormack, on Sunday in Walsh Park, with the news that their appeal against the red card issued to star forward, JJ Hutchinson, in last weekend’s quarter-final win over Brickey Rangers, has been upheld and therefore he will not be available for their last four clash.

Highest number of Covid patients in hospital since May