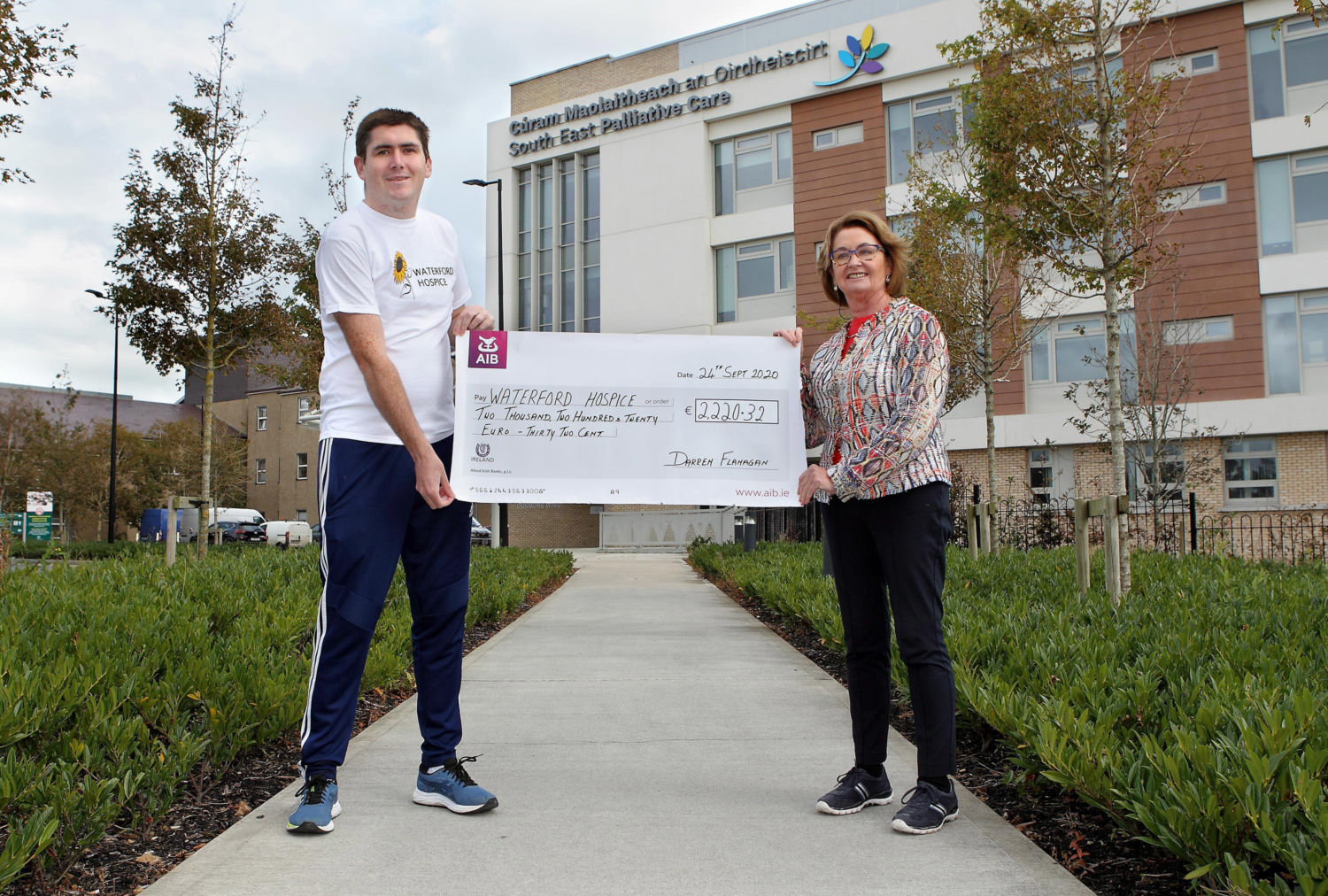 How many steps did you do yesterday?

How many did you do last month?

Well in the month of August one Waterford man did well over one million, for the second time in three months, and he did it all for charity.

Darren Flanagan, a native of Ballybeg but now living in Tramore noticed that he did one million steps in June and then decided that if he could do it again in August for charity that it might be a good thing to do.

“After completing over a million steps back in June, I just felt in my own mind that raising money for Waterford Hospice, a charity that does so much for so many people, was important to me, so I gave it a go.

“At a time where many organisations across the country are struggling to fundraise, I’m grateful for the support that I received from so many people and that support urged me to do an average of 33,263 steps a day over the month.

“When any of us take up a challenge especially for charity, you always have that apprehensive feeling in the back of your mind to whether or not you’re going to be able to achieve it, but I’m just delighted that I got it done.”

Unlike June, when the weather was fabulous, August wasn’t so good on the weather front, but it didn’t stop Darren.

“I’ll have to admit though that some days were tougher than others because the weather wasn’t always kind, but when you consider that many people are fighting this illness, I’m not going to start complaining about walking in the rain! Walking in the rain is nothing compared to what they are facing in their lives and I’m hoping that the money I’ve managed to raise will make a difference. While this was a challenge for me, I think it was helped by fact that I live in Tramore. The walks varied from day to day and having a one year child to accompany me at times was a help.”

So what were the grand totals in terms of steps and money raised?

“Over the month of August, I managed to walk a total of 1,031,168 steps, which is mad when I look back on it, but it was all worthwhile. I would just like to thank everyone that donated to this incredible cause. Literally set out a target of hitting €300 but ending up with over €2,000 was just remarkable.

“I’d like to say a special thanks to Teresa from Waterford Hospice, Kevin Kehoe from RigneyDolphin and Conor Byrne from RelateCare for their incredible support and sponsorship and finally of course, my finance Amy and daughter Mia for all their help and support.”