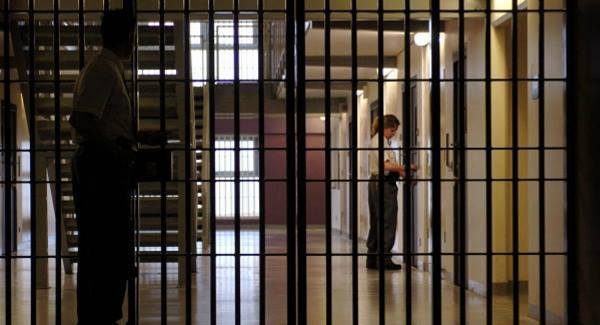 The action has been brought by Kevin Hannaway who is currently serving a sentence of three years and 9 months at the maximum security Portlaoise Prison.

He claims that a decision by the Prison Service, arising out of the pandemic, to limit the amount of time and visits a prison can receive from a family member or friend is in breach of his rights.

He was convicted in the Special Criminal Court in 2018 for rendering assistance to an unlawful organisation, namely the IRA, to carry out interrogations of other members following a series of operations that were foiled by gardaí.

The non-jury court heard the IRA wanted to know who was responsible for leaking information.

This resulted in a number of men being brought to a house, where Mr Hannaway and others were present, at Riverwood Park, Castleknock, Dublin on August 7th/ 8th, 2015 for interrogation.

Mr Hannaway, from Belfast, is a member of a group of men commonly known as the ‘hooded men’ who suffers from psychological trauma following their treatment at the hands of the British army in 1971.

In his High Court action Mr Hannaway claims that under the prison rules a prisoner is entitled to at least one visit from a relative of friend per weeks of not less than 30 minutes of duration.

He claims that as a result of the Covid19 pandemic family visits to prisoners were halted earlier this year.

He claims that the Irish Prison Service announced last June it was allowing visits to resume, but limited the frequency to one visit per fortnight, and for no longer than 15 minutes.

Counsel for Mr Hannaway Eamon Dornan Bl told the High Court on Monday that by introducing these restrictions the Prison Service is acting in breach of the prison rules and in breach of his client’s rights.

Mr Hannaway claims that arising from his treatment in the 1970s he continues to suffer from anxiety attacks, PTSD and heart problems.

He also relies upon visits from family members, who travel down from Belfast to see him.

In judicial review proceedings against the Irish Prison Service and the Minister for Justice Mr Hannaway seeks on order quashing the service’s decision, which was announced last June, regarding prison visits.

He also seeks orders compelling the Prison Service to take measures to ensure the frequency and duration of renewed visits comply with the prison rules.

He further seeks a declaration that the any restrictions on his rights to family visitation must have regards to the Irish Constitution and the European Convention on Human Rights, and damages.

The matter came before Mr Justice Anthony Barr, who on an ex-parte basis, granted Mr Hannaway permission to bring his challenge.

The case will come back before the court in November.